Gov. Abbott to meet with Trump, other Republican governors to discuss COVID-19

The group will meet Thursday at the White House. 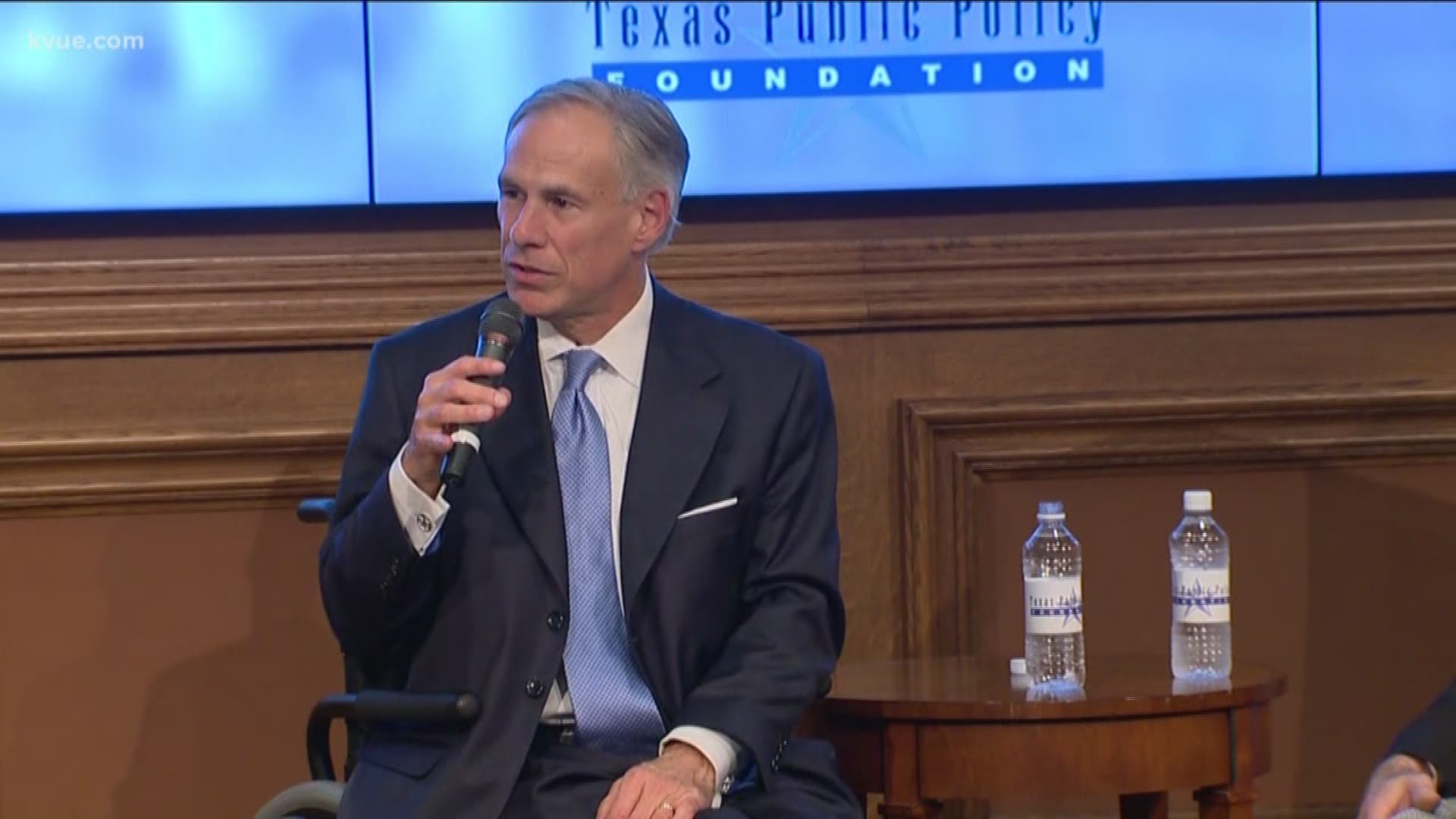 AUSTIN, Texas — Gov. Greg Abbott will join a list of other Republican governors Thursday to meet with President Donald Trump to discuss the COVID-19 pandemic.

The meeting will take place Thursday at the White House.

This comes just days after Gov. Greg Abbott expanded on his plan to reopen the Texas economy, most recently announcing that Texas gyms, salons and similar establishments can soon reopen.

When Texas started its first phase of reopening businesses, the president tweeted praise toward Gov. Abbott.

The comes as President Trump has clarified that the White House coronavirus task force will not be dismantling. Instead, he says it will "continue on indefinitely."

Pence said officials were eying Memorial Day to early June as an appropriate time to have federal agencies manage the pandemic response in a more traditional way.

President Trump stated that the task force, which is lead by Pence, my "add or subtract" people from the force "as appropriate."

For a timeline of Gov. Abbott's plan to reopen Texas businesses, click here.