Hidalgo says she will self-quarantine until Monday, July 6. 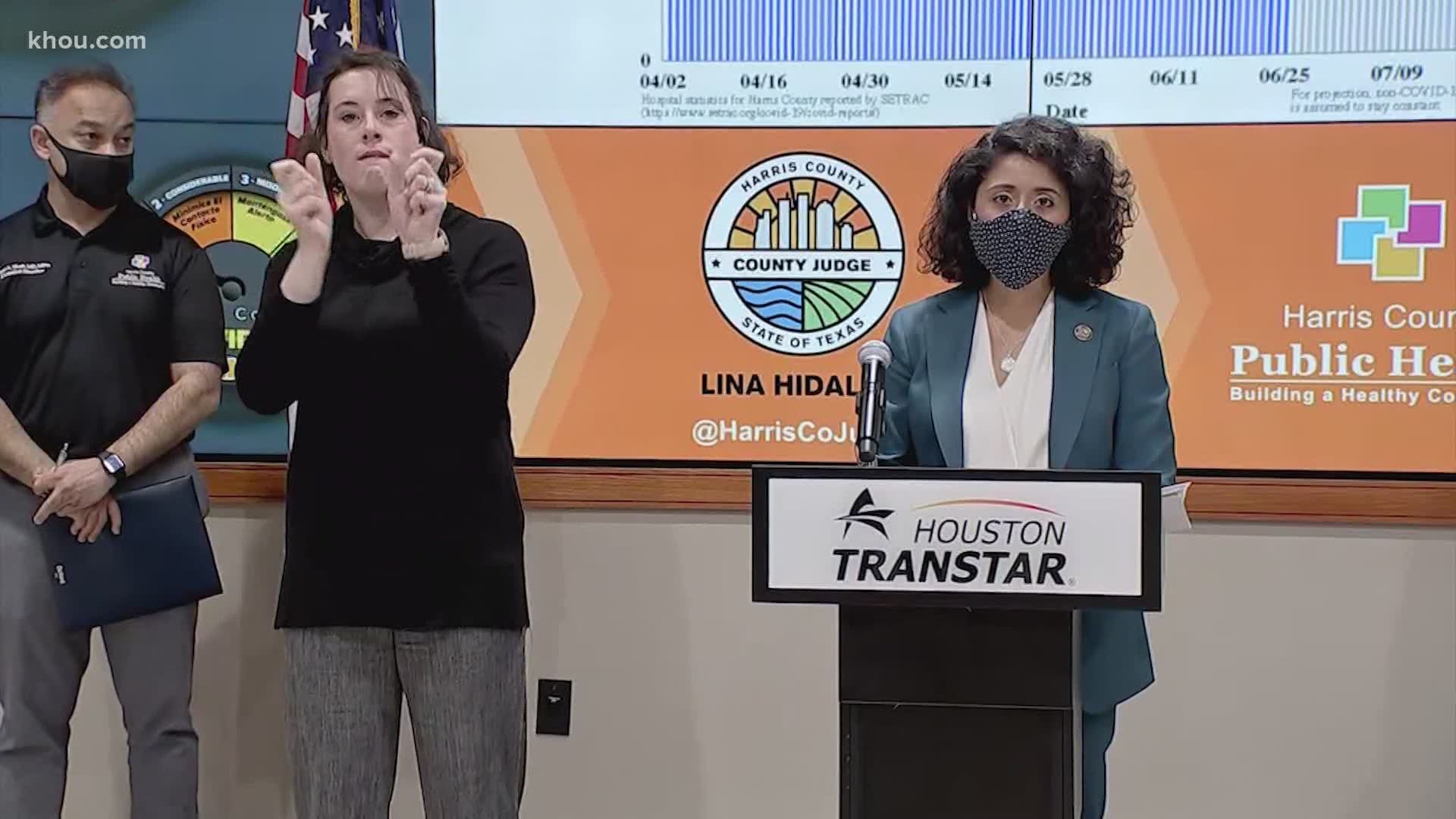 HARRIS COUNTY, Texas — Harris County Judge Lina Hidalgo is self-quarantining after her office said she was exposed to a staff member who tested positive for COVID-19.

The judge’s office said Hidalgo is not showing symptoms and will continue her duties virtually.

On Tuesday, the judge tweeted that she had tested negative for COVID-19, but would continue self-quarantining.

Officials said the judge was exposed on June 22.

“Given what we have learned, I will be quarantining at home. The reality of it is, there are thousands of residents across Harris County that are increasingly finding themselves in the same position I am in today,” said Judge Hidalgo. “There are rising numbers of residents testing positive for this virus, and more and more requiring hospitalization. We are at Threat Level 1 - Red - and I continue to call on everyone to stay home except for essential activities. That is the only way we avoid a crisis in our hospital system and put our community in a position to reopen in a smarter and more sustainable way. We will beat this threat together as a community and I will continue to ensure we are pursuing every option we have to bring this back under control.”

An executive order from Gov. Greg Abbott is also set to go into effect on Monday for restaurants reducing their dine-in capacity to 50 percent.

On Friday, Abbott ordered bars to close at noon, but allowed some to offer to-go service.

Also, outdoor gatherings of 100 or more people must be approved by local governments, with certain exceptions.

A mask order for Harris County businesses and customers has been in effect for almost a week now after it started on June 22. A number of cities and counties in the Greater Houston area have also issued similar orders in the following days.