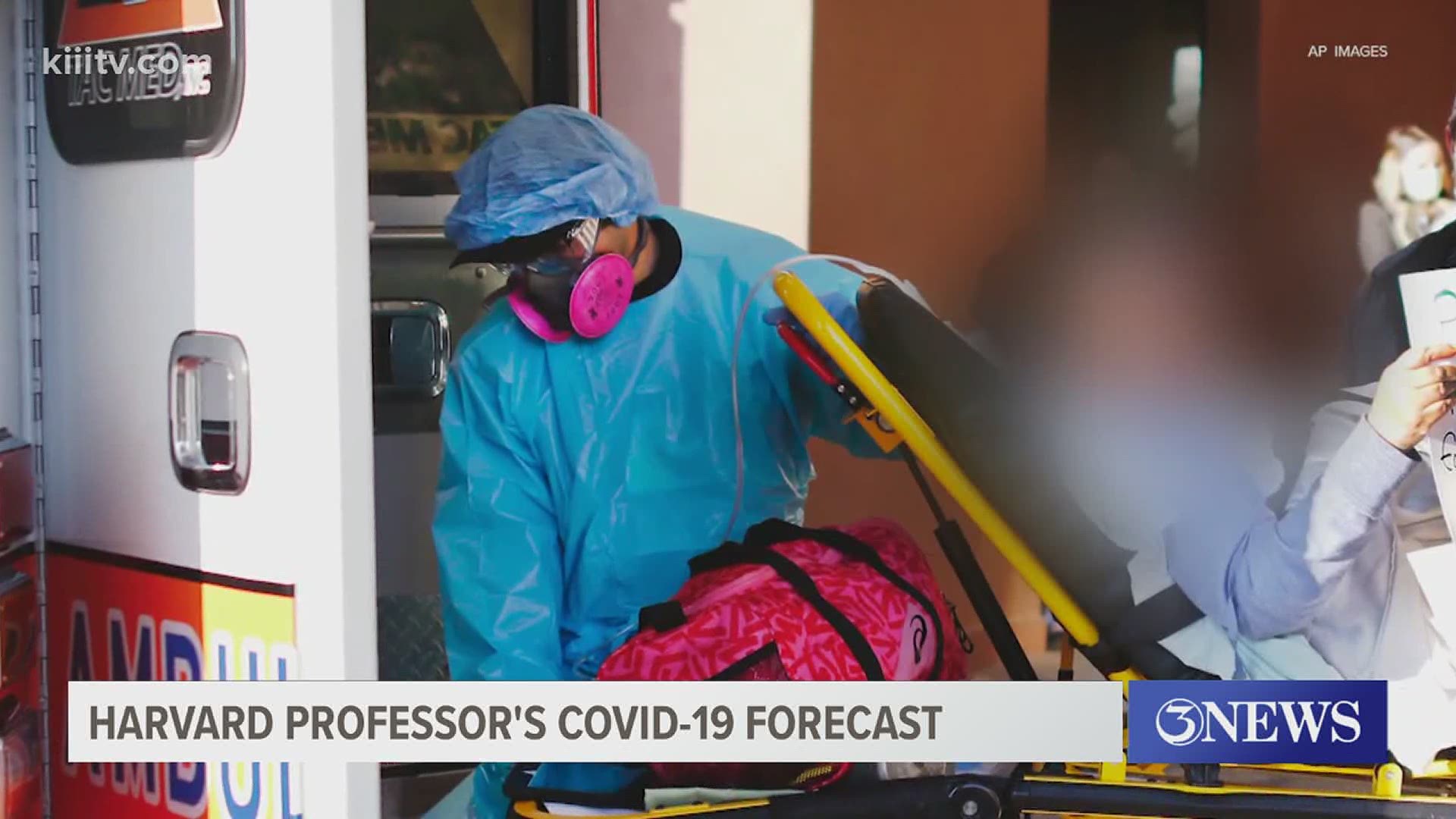 HOUSTON — As a country, the United States is not taking COVID-19 as seriously as it should, according to at least one Harvard professor.

Ashish Jha is the K.T. Li Professor of Global Health at Harvard T.H. Chan School of Public Health and director of the Harvard Global Health Institute.

He's described as an advocate for increased testing, contact tracing and supported isolation. He advises policymakers and elected officials on state and federal levels. Jha spoke Monday via Zoom to reporters across the country.

Jha said the U.S. is looking at “very difficult days and weeks ahead,” after the Fourth of July weekend.

“Just in the last five, six days, we have seen an increase and nothing that has happened in the last week makes me think that, ‘You know, we have made the kind of changes we need to really upend this curve.’ So, lots of infections ahead.”

This means Jha thinks the death rate will go up.

“We are going to see increases in the number of people dying from this virus because death always lags hospitalizations by a couple of weeks,” he said.

Infections and hospitalizations have increased in several states, and Texas is one of the national leaders in that trend.

“Based on the best evidence we have, Texas opened up, I believe, too early,” Jha said. “It wasn't as closed and shut down as it probably needed to be. And it's not even my belief. If you look at the President's you know, the White House's guidelines for opening up America again. Texas did not meet those requirements. Didn't have the testing and tracing infrastructure that the guidelines called for and didn't have 14 days of declining cases, you know, pretty consistently as the task force called for.

“It wasn't just that it opened up too fast, but bars and restaurants moved through those gates that the White House had set up much more quickly than the data would allow,” Jha said, “so this is really a combination of poor policymaking and poor communication that has landed Texas in the spot that it's in.”

“The Governor has based every decision on the data and the advice of medical doctors, and he continues to follow this standard. Texans worked together to slow the spread of the virus in April and continued to do so in May when we began to open the economy and the positivity rate fell to 4.5% at the end of the month. In fact, when Texas first began to open, the positivity rate had declined for 14 days in a row, which was part of the criteria provided by the nation’s leading experts. However, from the start, the Governor said that if the positivity rate or the hospitalization rate increased too much then he would take action to reduce the spread and that is exactly what he has done. As Texans work to slow the spread, the Governor will continue to rely on the data and medical experts to contain the virus while keeping Texas open for business.”

Jha said he believes the U.S. still had time to get COVID-19 under control.

The fight for people’s lives continues, so does the battle against misinformation.

“One of the big challenges of this outbreak has been that the very large amount of misinformation that's out there, from ‘This is nothing but the flu' to 'It's all going to go away in April or go away over the summer,’” Jha said. “I've been thinking about how can I be more effective? How can my colleagues be more effective? But I don't know what else to say beyond it's a bit of information warfare, almost, it feels like at times. And trying to counter that misinformation is difficult.”

RELATED: What will the long-term effects of COVID-19 pandemic be on our nurses?