Is Texas turning the corner in the fight against coronavirus?

There is a mix of good and bad news to determine exactly where the state stands on COVID-19. 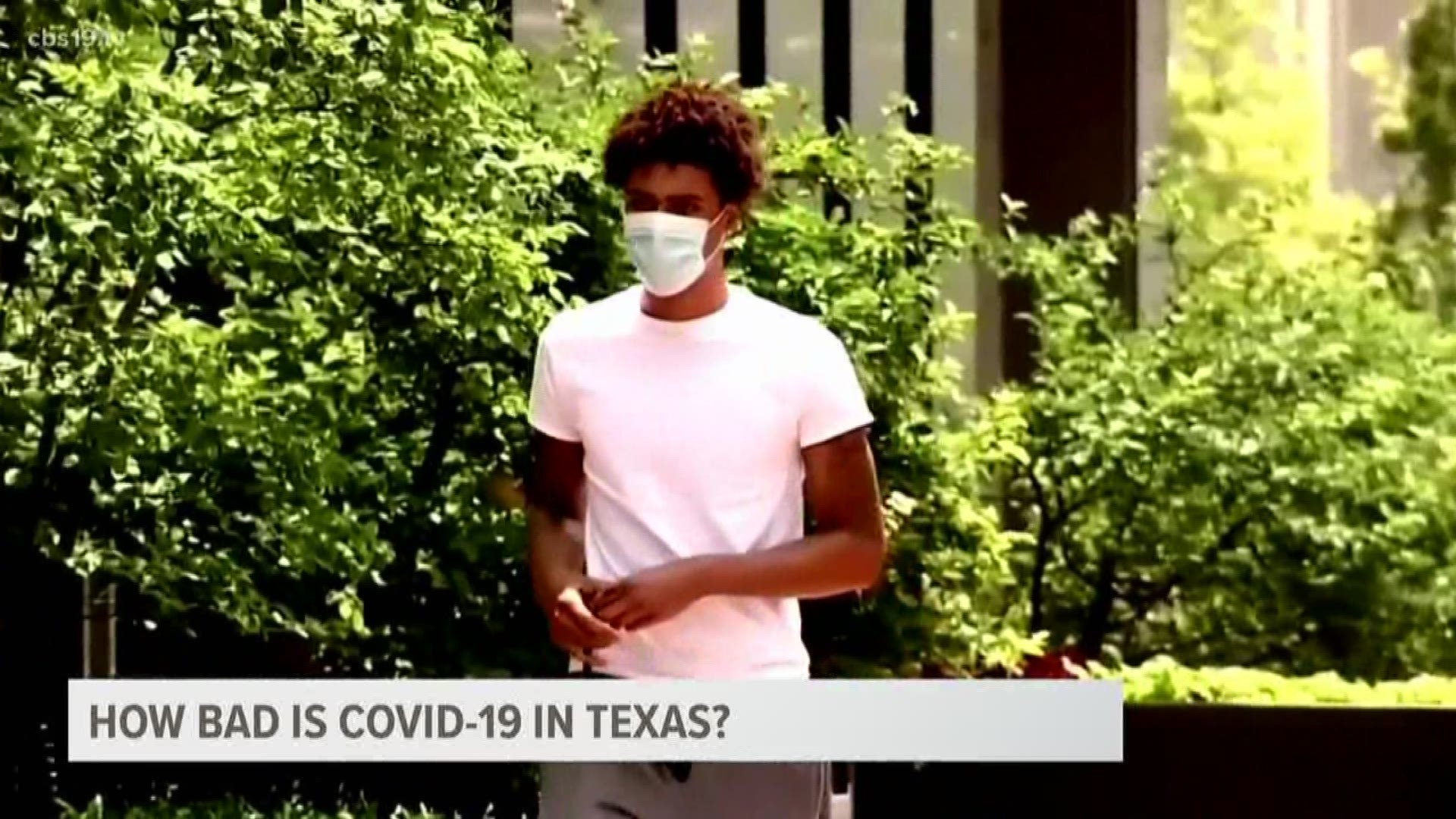 TYLER, Texas — After a week in which the state made a big change to the way it measures the spread of the coronavirus, experts are getting a better understanding of just where Texas stands in slowing the spread of the virus.

There is still a mix of good news and bad.

The good news is that it appears as though the statewide mask requirement is working. Gov. Greg Abbott announced on July 2 that face coverings would be required in most situations beginning the following day.

The number of positive cases of COVID-19 reported by the Department of State Health Services (DSHS) continued to rise for 12 days after the implementation of the mask mandate before beginning to fall. That tracks with what scientists know about the virus.

According to the Centers for Disease Control and Prevention (CDC), the average person shows no symptoms until four or five days after they are infected, but they can remain asymptomatic for up to two weeks. Since it can take a week or more to get results back, depending on where a person is tested, there can be a long gap between the date of infection and the date a positive test is reported by the state.

Another way to see that the spread of the virus may be slowing down is by looking at the positivity rate, or percentage of tests that come back positive. DSHS tracks positivity rate with a weekly rolling average to account for the inconsistency that can occur between days.

The rate peaked at 17.43% on July 16, one day after the number of cases peaked. Since then, it has steadily come down, as well, falling to 12.09% on Friday. That remains above the 10% threshold that led Gov. Abbott to shut down bars and require mask usage.

According to the CDC, the median time between the onset of symptoms and death in COVID-19 patients is 10 days. Texas now counts COVID-19 deaths based on death certificates, which are required by law to be submitted within 10 days of a person’s passing.

By measuring that way, DSHS hopes to have more accurate and timely accounting, but it still often takes longer for deaths to show up in the tally. On Friday, for instance, DSHS added a newly-recorded death that occurred on June 12. Factoring in the lag time from symptoms to death means Texas could be at the peak for deaths now or in the very near future.

Mask use and other precautions will determine if that remains true.

RELATED: Gov. Abbott says mask use will be key to slowing COVID-19 in Texas