'The more we learn, the scarier it gets': Latest UTSA models show Bexar Co. coronavirus cases could reach 200,000+ by summer's end

Researchers say the COVID-19 situation in Bexar County could continue to worsen. 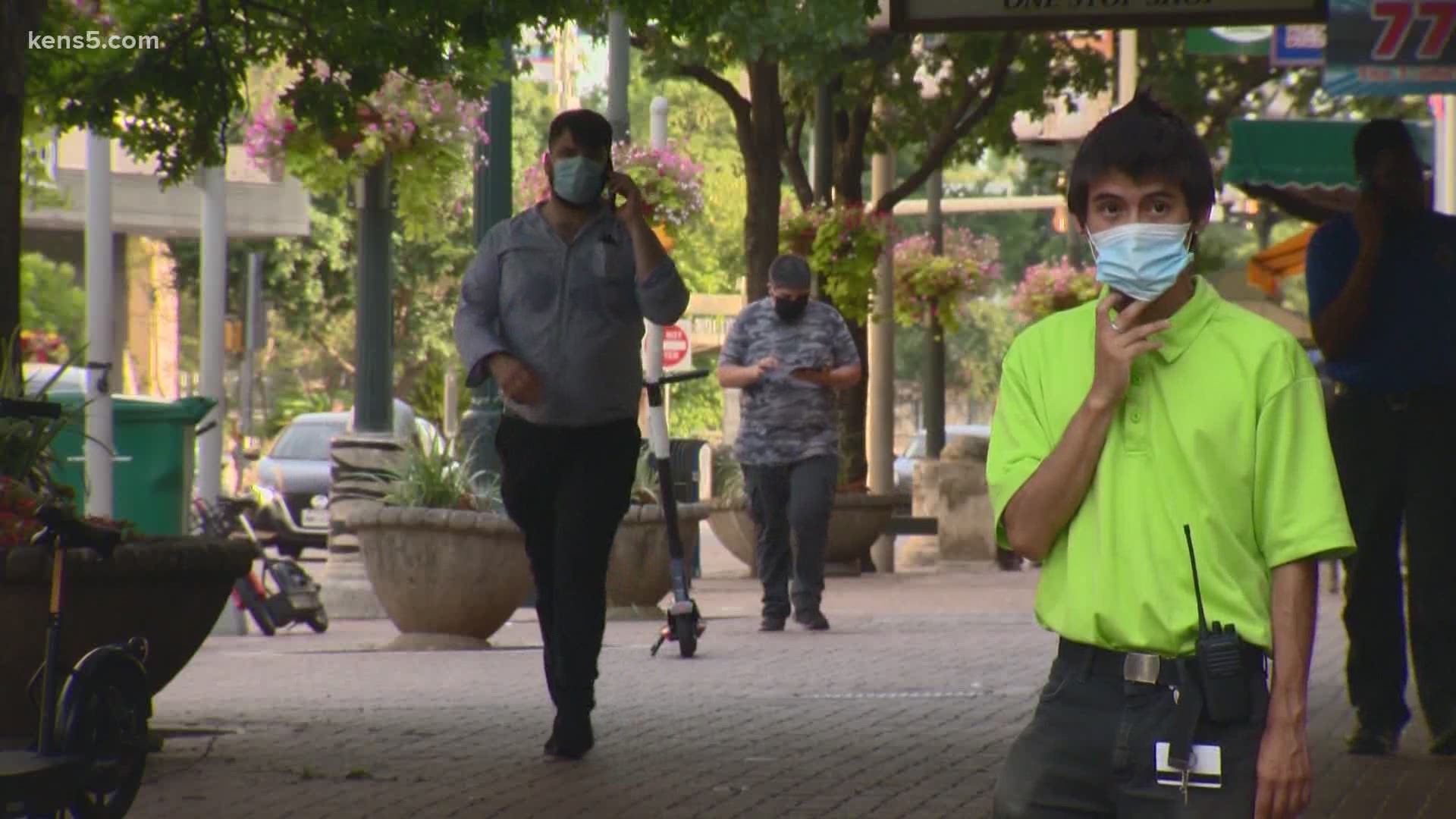 SAN ANTONIO — The City of San Antonio is working with researchers to provide predictive models outlining the impact of the novel coronavirus in the community, and one of them suggests a worsening public health crisis in the city.

The model, from a team at University of Texas at San Antonio, uses recent data to provide projection models examining the transmission of the virus since reopening the economy and loosening stay-at-home orders.

“This pathogen is very complex, and doesn’t behave like anything that we have seen before,” said Dr. Juan Gutierrez, professor and mathematics chair at UTSA. “The community needs to understand this is a serious disease. The more we learn about this disease, the scarier it gets.”

As the number of COVID19 cases continues to rise across the state of Texas, Gutierrez said the upward trend could also continue to climb in Bexar County, which has 8,857 confirmed cases as of Friday.

“We had never seen a respiratory disease driven by asymptomatic carriers. This is a first,” Gutierrez said.

Gutierrez is leading up the research team. He said that, by analyzing data, the projection models show the number of cases in Bexar County could reach 49,000 in the next four weeks. The number peaks at over 200,000 by the end of the summer.

Gutierrez said the demand for hospital admissions will also continue to rise with a projected surge of 18,000 admissions in the next four weeks, surpassing the county’s total hospital capacity.

He said Gov. Greg Abbott should have allowed local leaders to enforce some kind of mask policy much earlier.

“I found the measure by the governor a little bit too late, a little bit too little, one dollar short, one minute late,” Gutierrez added. “Face masks should be mandated in public as the mayor and county has done for businesses. It’s the only way we know to slow down this disease.”

Gutierrez said as people lower their guards, the virus takes a stronger hold on the community. He said the 20-to-30 age group has yielded the highest numbers of positive cases in the last few weeks.

“It’s precisely the age group that are the most frequent patrons of bars and restaurants and social events,” Gutierrez said. “The group with the highest number of cases is females, 20 to 25 (years old).”

The mayor of Uvalde this week took to social media, saying the uptick in cases in Uvalde County is due to young people going to bars and other social events in San Antonio before bringing the virus home and infecting their families.

“By San Antonio growing the number of cases, we are putting at risk all the small communities that surround San Antonio and that have a connection to San Antonio that might invite people to travel and visit. So, this problem could spill over the limits of our own city."

Gutierrez notes in the new projection models that the latest projections don’t reflect the county-wide mask order that requires businesses to enforce a mask policy.

Gutierrez said there’s hope that, if people abide by the policy, the upward trend could reverse.

“This disease is not a laughing matter. I encourage people to do everything you can to not get sick,” he said. “The best thing that we can do is wear those masks.”

He said in the next few weeks, he will be able to provide new projection models taking into account the county-wide mask policy, in addition to Abbott’s new order ordering the closure of bars and allowing county officials to limit large gatherings to 100 people.

Follow this link to read more about the projection models.

RELATED: COVID-19 deaths in US on the decline, CDC says

RELATED: Social distancing 1 week earlier could have saved 36,000 lives in US, study suggests