Governor Gregg Abbott ordered bars to close by noon Friday due to a spike in COVID-19 cases. Several bars around the state defied the order. 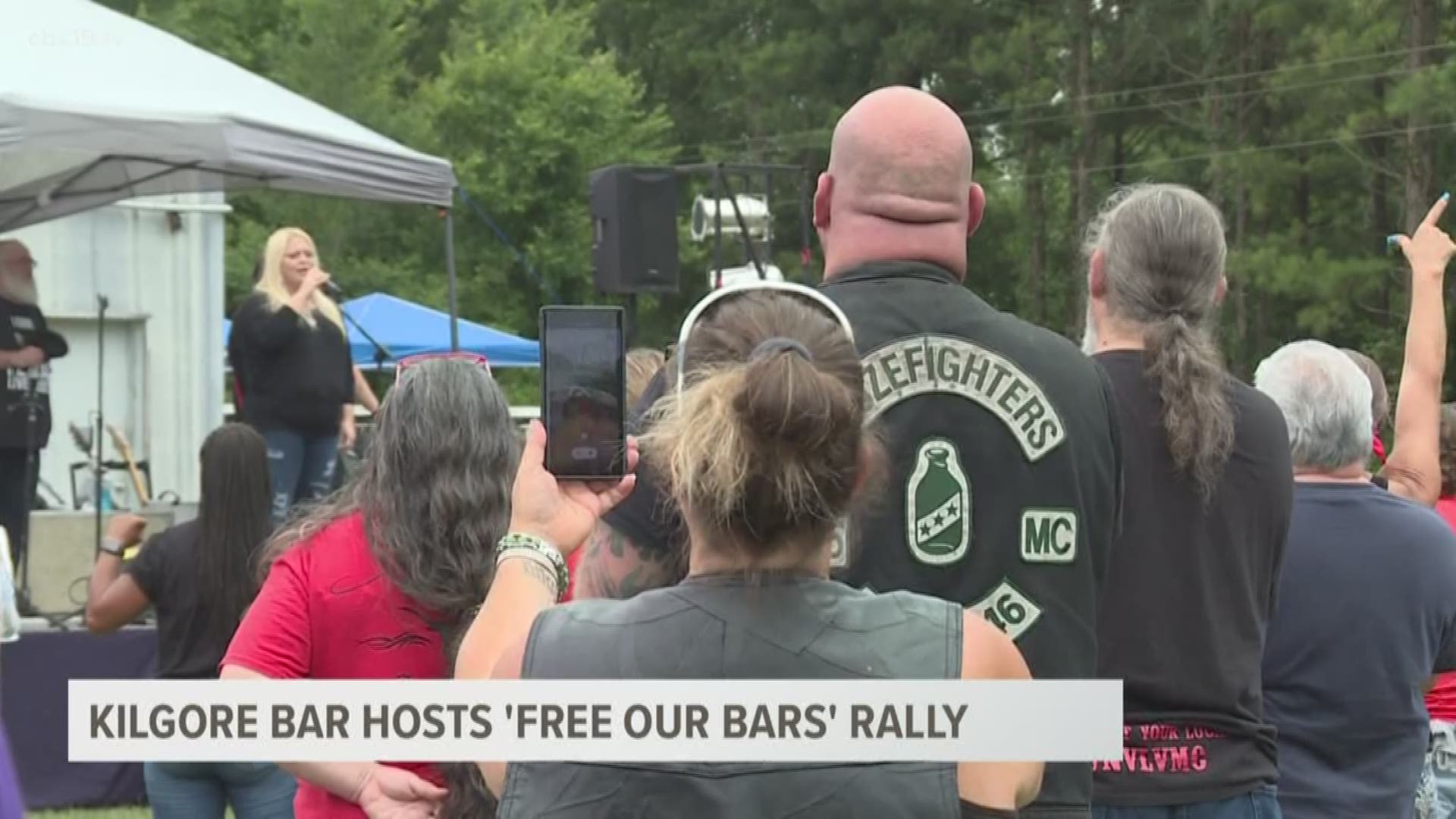 KILGORE, Texas — More than 100 people gathered at bar in Kilgore Sunday to support the bar industry in the wake of Texas Governor Greg Abbott's order to close all bars.

The order took effect noon on Friday. Several bars in the state, including some in East Texas, defied the order. Most notably, Outlaws Longview had their liquor license suspended for 30 days for staying open during the order.

The Machine Shed Bar and Grill in Kilgore remains open, despite the governor's order. Owners hope to raise enough money to support other area bars hurt by having to close a second time.

After two months, Gov. Abbott allowed bars, defined by the state as an establishment that makes 51% of its business through the sale of alcohol, to reopen May 22. The reopening was welcoming news for bars that were closed for two months.

"It was really tough," Outlaws Longview owner Melissa Lynn Kelly said. "We went through the first shut down. I drained my savings through it between having to pay bills [and] sales taxes. Then we got back open and was just starting to maybe barely get above water, and here they come again."

Kelly said they had only three hours to prepare for the closure.

"We didn't even have time to try to sell our products that are going to go bad," Kelly explained.

Kelly said she and her employees just want to return to work.

"We're not asking for much," Kelly said. "We're just asking to go to work every day."

Many other local bar owners and even musicians, who make much of their money from bars, also joined the rally. Sunday, they stood together asking the governor to allow bars reopen.

"It does hurt us," musician Jenn Ford said. "We are having to cancel and reschedule a lot of gigs, we do a lot of things on the fly and it makes it very difficult."

"Right now, we're the first guys to get shut down, the last to open, and they're not hearing us," Kelly said. "And if we've got to scream it as loud as can be we want to be heard."