Coronavirus testing is becoming more and more necessary and labs are working to keep up with the pace. 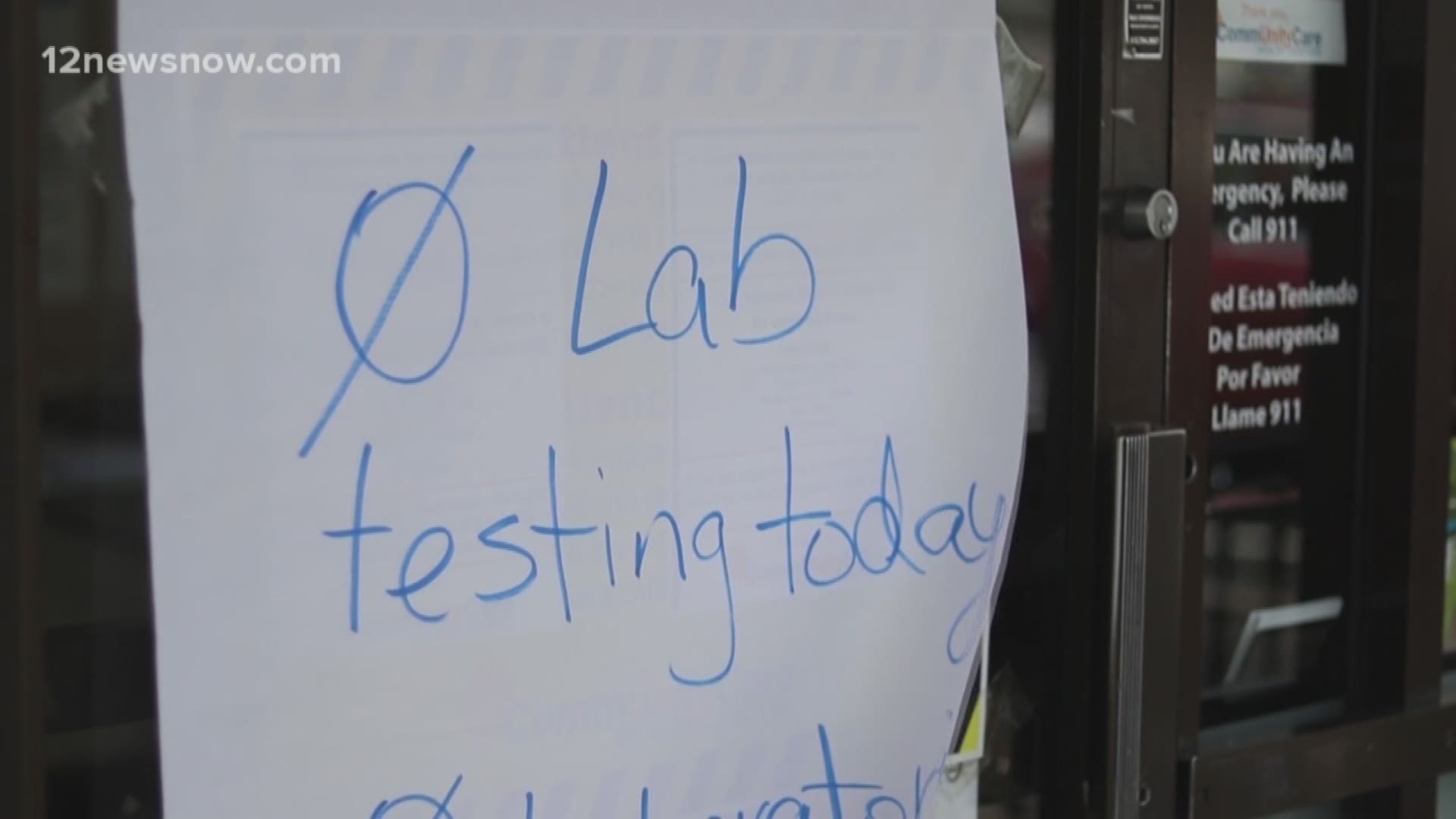 The need for COVID-19 testing in Texas is currently greater than the daily available lab capacity in the public and private sector, according to Chief Nim Kidd, who runs the Texas Division of Emergency Management.

“One of the things that we learned is it's very easy for the state of Texas to put a bunch of tests out there,” Kidd said. “But when our private sector lab partners can't keep up ... we have longer (wait) times (for results).”

The increasing number of people wanting COVID-19 tests is resulting in long lines at testing sites. Locations are operating at capacity, appointments are quickly filling up and telephone hold times are extending.

“I am in contact with someone that's positive,” said Giovanna De Leon.

“For the most part, I haven't really felt sick. I haven't had a fever,” De Leon said.

“It’s very mixed feelings because getting a test, someone comes out positive, the other person comes out negative,” De Leon said.

The same thing is happening at CommUnity Care in Austin, where workers told KVUE the line for COVID-19 testing is long each morning testing is available. At times, the facility runs out of tests within the first hour of opening.

“Our rate of increase is increasing very rapidly,” said Mark E. Escott, Austin Public Health Interim Director, “and it's going to be hard for us to keep up with testing in any circumstance.”

Escott told the Austin City City Council it needed to only test people with symptoms.

“We simply do not have the capacity to provide those tests and ensure adequate turnaround times for those who are at the highest risk or being positive,” Escott said. “This is every jurisdiction in the state of Texas.”

“We do have a lot of worried-well out there right now that are going and getting into testing lines and lanes that are backing it up for those that might really need the test,” Kidd said. “We need to be testing those that are symptomatic or those that have been in contact with somebody that is has either been laboratory confirmed positive or is symptomatic.”

TDEM is responsible for 32 of the 957 total test sites across the state. The total is as of June 30 and is constantly growing.

RELATED: Where you can get a free coronavirus test in the Houston area and nearby counties

Kidd said the state has come a long way from a few dozen test results each day to nearly 52,000 recorded on June 29. Currently, the results come back anywhere from two to seven days, depending on which lab is handling the testing.

“We are going to do exponential growth in testing over the next several days and weeks,” he said.

Kidd said because of the shortages the state had experienced with test materials for the nasal test and the daily lab processing limits, the state is starting to expand the use of what is known as a curative test, which uses an oral swab to collect specimens.

According to Kidd, the FDA issued an emergency authorization to use these tests, which are shipped to a separate dedicated lab for processing. The state plans to perform up to 25,000 curative tests per day. The nasal swab tests will continue to be available.

Click here to find testing locations and requirements. The state has a site that will provide a map with locations near you, showing open slots on a specific day, which appointments have been taken and what each site requires.

State officials said using the map is an easy way to ensure success when looking for a COVID test. There are daily limits on how many tests a county, a city or a site can do. They vary greatly. Who runs any given site, along with where the samples are sent, is a patchwork of public and private partnerships.

San Antonio can currently do 6,000 tests per day. Harris County can do 2,300 tests at its six sites.

Elizabeth Perez, Director of the Office of Communications and Community Engagement at Harris County Public Health told KHOU11 that for the last few weeks the county sites have been reaching maximum capacity.

“We’re continuing to look at ways that we can increase capacity,” Perez said. “This is a part of a larger effort across the system to try to get testing to as much, as many people in the community as possible.”

Perez said the Health Department recommends people register for a test 24 hours in advance by going to readyharris.org or by calling 832-927-7575.

“It’s about the labs actually having the capacity to ensure that they can run and process those samples that we send them every day,” Perez said. “We are not the only ones sending them samples."

Both Kidd and Perez said a big part of the answer to the recurring capacity issue is us, what we do and how we behave.

“You wear your face covering, you know, try to maintain physical distance,” Perez said. “It does not work and we cannot flatten this curve if everyone doesn't do their part. Everyone must do their part.”

Testing giants, like LabCorp. and Quest Diagnostics, are pushing to keep up with the surge in demand. They are not just serving Texas and were not able to break out the number of daily test results produced for the state out of their overall count. In an email, a LabCorp. a spokesperson said the company has been gradually ramping up capacity since the start of the pandemic. It expected to increase its total capacity for molecular testing (the nasal swab) from 130,000 to 150,000 per day by mid-July.

Kidd said TDEM also relies on partners at state university laboratories to do part of the testing. Seven University of Texas institutions process tests for TDEM and other testing entities, a University of Texas system spokesperson told KHOU11. Based on the most recent numbers available, as of June 11, the UT System said its labs had processed almost 170,000 COVID19 tests, which accounts for nearly 14% of the total statewide number.

“The University of Texas MD Anderson Cancer Center offers COVID-19 testing for our patients and employees, which currently totals more than 400 tests per day,” the center said in an email. “The institution conducts up to 600 tests per day for the state through the Texas Division of Emergency Management (TDEM). MD Anderson also is providing COVID-19 testing for Harris Health System.”

University of Texas Medical Branch, UTMB, told KHOU11 when the lab started analyzing COVID-19 samples in early March, its maximum capacity was 42 samples a day. Now, UTMB says it can do up to 3,500 if needed.

Texas Department of State Health Services’ Austin lab works with TDEM as well. The lab increased its capacity from being able to test 50 people per day to about 800 by adding new equipment, according to the Department’s spokesperson, and was continuing to work on increasing capacity.