Trane did not inform officials of coronavirus suspicions before receiving confirmation

The employee is one of Rusk County cases, the Tyler Morning Telegraph confirmed. 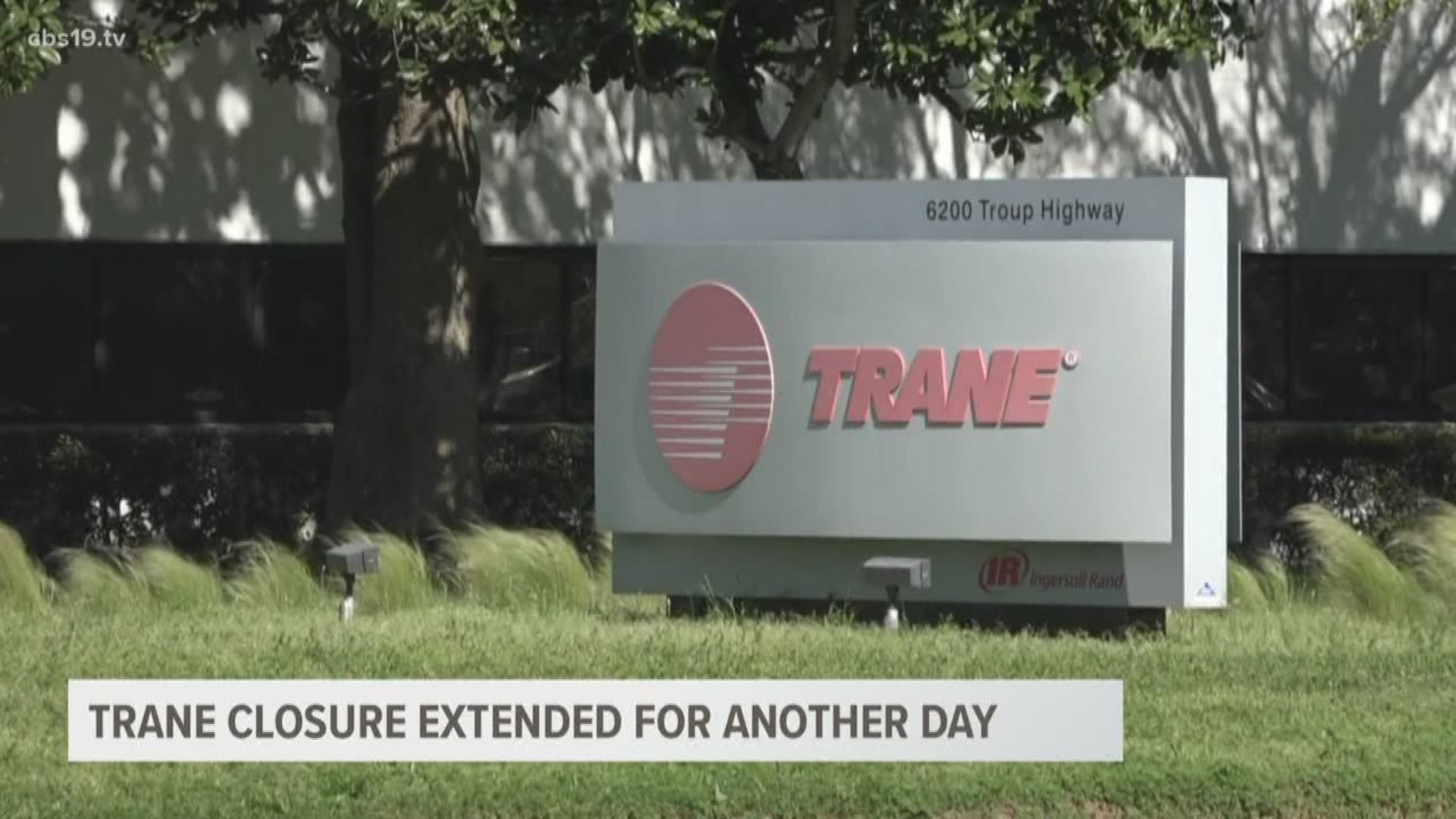 TYLER, Texas — More information has come to light after confirmation of a coronavirus case at Trane Technologies led to a brief shutdown of the Tyler plant.

The employee is one of the Rusk County cases, according to CBS19's newspaper partner, the Tyler Morning Telegraph.

On Tuesday, Trane employees were notified of a worker at the Tyler factory who tested positive for COVID-19. Trane shut down the plant for a deep cleaning, according to a spokesperson.

"It's more relief, because I don't want to give my children so but this is a burden to my pockets," said Trane employee Jerry Johnson.

Johnson was sent home shortly after his shift began Tuesday. He says he was paid for the previous week, but there is no word yet if he will be paid for the days he was told not to come into work.

He says, he along with some of his co-workers had to continue to work, even though some employees were sent home for coronaviurs-related concerns weeks ago.

The Tyler Morning Telegraph reports, public health officials said during a press conference at Tyler City Hall Wednesday, they were not told a Trane employee may have the virus.

"I don't feel safe at all," Johnson explaned. "I didn't feel safe the past couple weeks, honestly. Because we knew they were sending the people home that they knew had it, or they felt like might have been a risk."

The company says their business is largely categorized as "critical” by the U.S. Department of Homeland Security, and its number one priority is the health and safety of employees.

"Honestly, I just wish we would get an apology of putting everyone at risk because there's a lot of elderly people out there," Johnson said. "They put someone at risk for dying."

In a statement released by Trane Technologies, the company is following all guidelines from the World Health Organization, the CDC and the local health department.