'You're going to see the age lower': DeSantis predicts more Floridians will be able to be vaccinated in March

The governor said that plan is "barring any problem with the vaccine distribution." 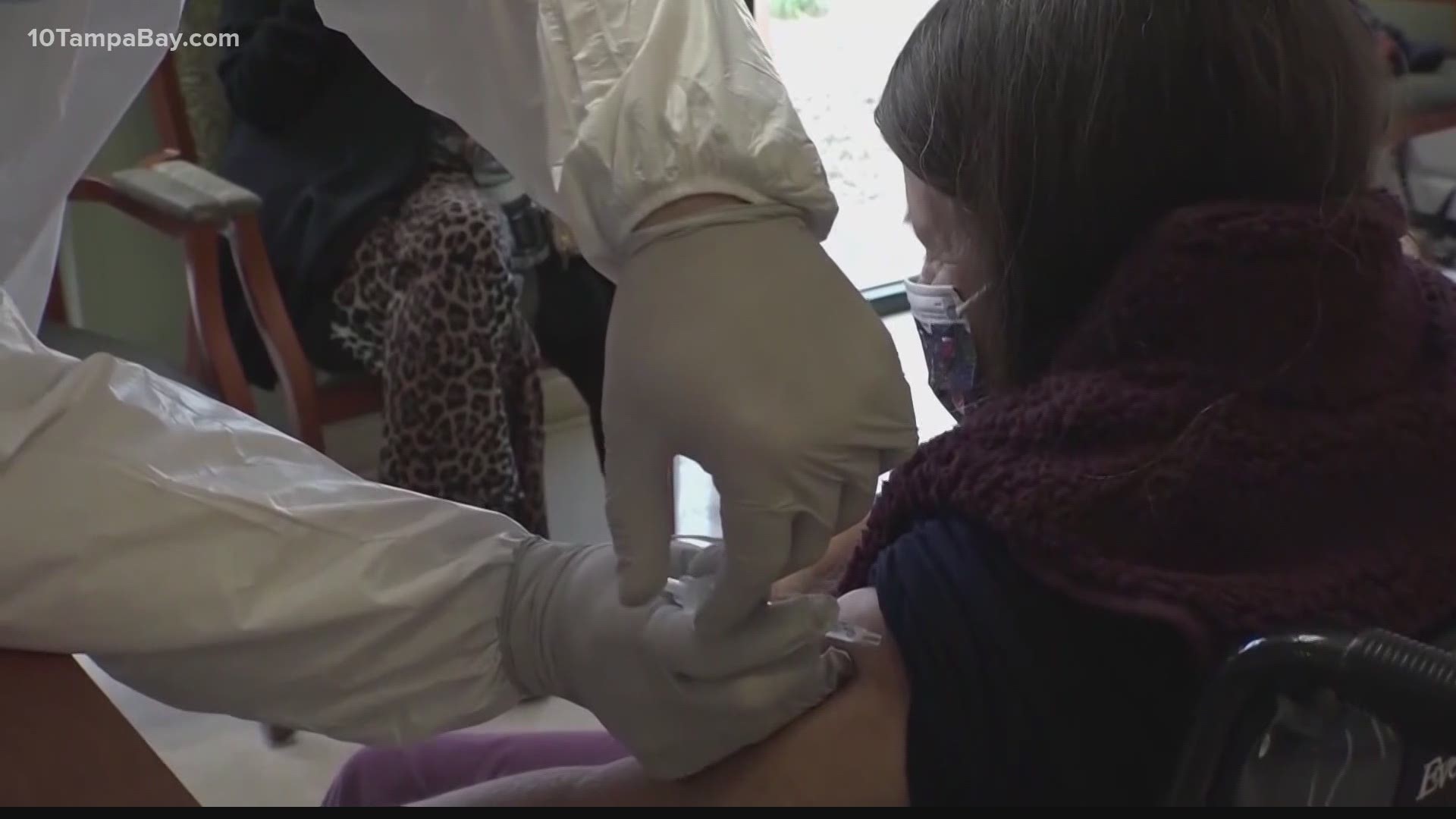 JACKSONVILLE, Fla. — Non-seniors may be getting vaccinated sooner than you think, according to Florida Gov. Ron DeSantis.

During a press conference Thursday, the governor was asked when he thought vaccinations would expand beyond those 65 and older.

His response: “I would say without question, barring any problem with the vaccine distribution, you’re going to see the age lower at sometime in March, for sure.”

In other words, more Floridians may be eligible to get a shot within the next four weeks or so.

Beyond that, DeSantis is confident that the state's vaccine supply will be "very robust" by April.

An exact date in March for the drop in age requirement was not specified as DeSantis says he wants to look at the vaccine situation and demand first.

“As soon as we’re in a situation where the seniors are being taken care of, you know we’re going to look to do that," he added.

The governor expanded on the topic while making a stop in Fort Pierce, saying if the state was to open up vaccination appointments to a wider age group before the supply was ready, it would "crush the system."

He said, come March, the age group at a minimum would expand to those 60 and older.

You can watch the earlier press conference in its entirety below.