A year on, WHO still struggling to manage pandemic response

Experts say lessons need to be learned and some missteps like overly praising China's handling of the early outbreak will resonate on WHO's reputation for years. 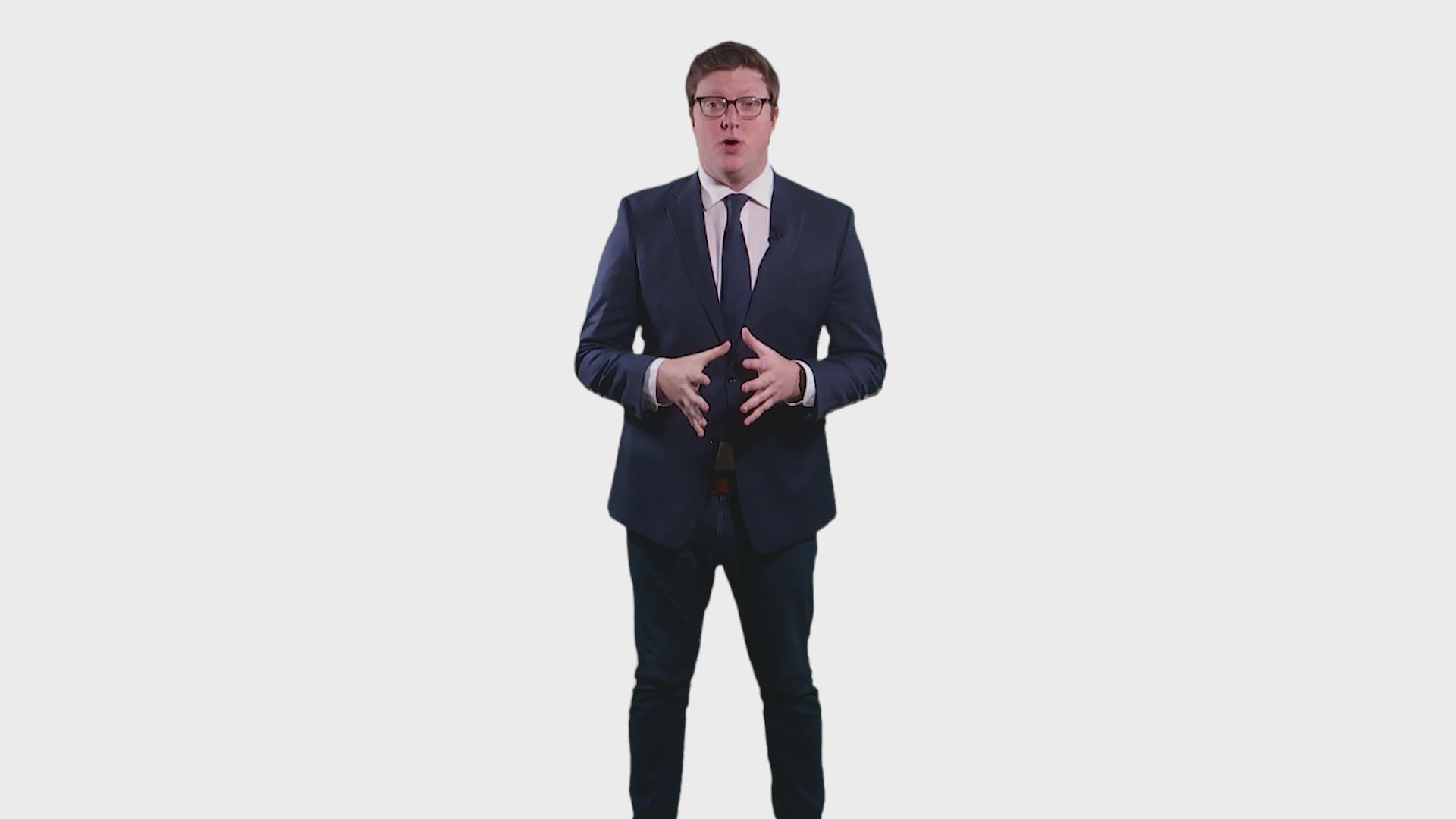 GENEVA, Switzerland — When the World Health Organization declared the coronavirus a pandemic one year ago Thursday, it did so only after weeks of resisting the term and maintaining that the highly infectious virus could still be stopped.

A year later, the U.N. agency is still struggling to keep on top of the evolving science of COVID-19, to persuade countries to abandon their nationalistic tendencies and help get vaccines where they’re needed most.

The agency made some costly missteps along the way: It advised people against wearing masks for months and asserted that COVID-19 wasn’t widely spread in the air. It also declined to publicly call out countries — particularly China — for mistakes that senior WHO officials grumbled about privately.

That created some tricky politics that challenged WHO’s credibility and wedged it between two world powers, setting off vociferous Trump administration criticism that the agency is only now emerging from.

President Joe Biden’s support for WHO may provide some much-needed breathing space, but the organization still faces a monumental task ahead as it tries to project some moral authority amid a universal scramble for vaccines that is leaving billions of people unprotected.

RELATED: Key moments that defined the first year of the COVID-19 pandemic

RELATED: "This is war time": White House ramps up COVID-19 vaccine roll out

“WHO has been a bit behind, being cautious rather than precautionary,” said Gian Luca Burci, a former WHO legal counsel now at Geneva’s Graduate Institute. “At times of panic, of a crisis and so on, maybe being more out on a limb — taking a risk — would have been better.”

WHO waved its first big warning flag on Jan. 30, 2020, by calling the outbreak an international health emergency. But many countries ignored or overlooked the warning.

Only when WHO Director-General Tedros Adhanom Ghebreyesus declared a “pandemic” six weeks later, on March 11, 2020, did most governments take action, experts said. By then, it was too late, and the virus had reached every continent except Antarctica.

A year later, WHO still appears hamstrung. A WHO-led team that traveled to China in January to investigate the origins of COVID-19 was criticized for failing to dismiss China's fringe theory that the virus might be spread via tainted frozen seafood.

RELATED: What the WHO coronavirus experts learned in Wuhan

RELATED: WHO says coronavirus unlikely to have leaked from China lab

That came after WHO repeatedly lauded China last year for its speedy, transparent response — even though recordings of private meetings obtained by The Associated Press showed that top officials were frustrated at the country's lack of cooperation.

“Everybody has been wondering why WHO was so praising of China back in January" 2020, Burci said, adding that the praise has come back “to haunt WHO big-time.”

Some experts say WHO’s blunders came at a high price, and it remains too reliant on iron-clad science instead of taking calculated risks to keep people safer — whether on strategies like mask-wearing or whether COVID-19 is often spread through the air.

“Without a doubt, WHO’s failure to endorse masks earlier cost lives,” said Dr. Trish Greenhalgh, a professor of primary care health sciences at Oxford University who sits on several WHO expert committees. Not until June did WHO advise people to regularly wear masks, long after other health agencies and numerous countries did so.

RELATED: One year later: How life has changed since the COVID-19 pandemic

Greenhalgh said she was less interested in asking WHO to atone for past errors than revising its policies going forward. In October, she wrote to the head of a key WHO committee on infection control, raising concerns about the lack of expertise among some members. She never received a response.

“This scandal is not just in the past. It’s in the present and escalating into the future,” Greenhalgh said.

Raymond Tellier, an associate professor at Canada's McGill University who specializes in coronaviruses, said WHO’s continued reluctance to acknowledge how often COVID-19 is spread in the air could prove more dangerous with the arrival of new virus variants first identified in Britain and South Africa that are even more transmissible.

“If WHO’s recommendations are not strong enough, we could see the pandemic go on much longer,” he said.

With several licensed vaccines, WHO is now working to ensure that people in the world’s poorest countries receive doses through the COVAX initiative, which is aimed at ensuring poor countries get COVID-19 vaccines.

But COVAX has only a fraction of the 2 billion vaccines it is hoping to deliver by the end of the year. Some countries that have waited months for shots have grown impatient, opting to sign their own private deals for quicker vaccine access.

WHO chief Tedros has responded largely by appealing to countries to act in “solidarity,” warning that the world is on the brink of a “catastrophic moral failure” if vaccines are not distributed fairly. Although he has asked rich countries to share their doses immediately with developing countries and to not strike new deals that would jeopardize the vaccine supply for poorer countries, none have obliged.

“WHO is trying to lead by moral authority, but repeating ‘solidarity’ over and over when it’s being ignored by countries acting in their own self-interest shows they are not recognizing reality,” said Amanda Glassman, executive vice president of the Center for Global Development. “It’s time to call things out for the way they are.”

Yet throughout the pandemic, WHO has repeatedly declined to censure rich countries for their flawed attempts to stop the virus. Internally, WHO officials described some of their biggest member countries' approaches to stemming COVID-19 as “an unfortunate laboratory to study the virus” and “macabre.”

More recently, Tedros seems to have found a slightly firmer voice — speaking truth to leaders like Germany’s president about the need for wealthy countries to share vaccines or criticizing China for dragging its heels in not quickly granting visas to the WHO-led investigative team.

Irwin Redlener of Columbia University said WHO should be more aggressive in instructing countries what to do, given the extremely unequal way COVID-19 vaccines are being distributed.

“WHO can’t order countries to do things, but they can make very clear and explicit guidance that makes it difficult for countries not to follow,” Redlener said.

WHO's top officials have said repeatedly it is not the agency's style to criticize countries.

At a press briefing this month, WHO senior adviser Dr. Bruce Aylward said simply: “We can’t tell individual countries what to do.”