More than 70,000 people in Smith County are fully vaccinated and about 53,000 have received a first dose only. 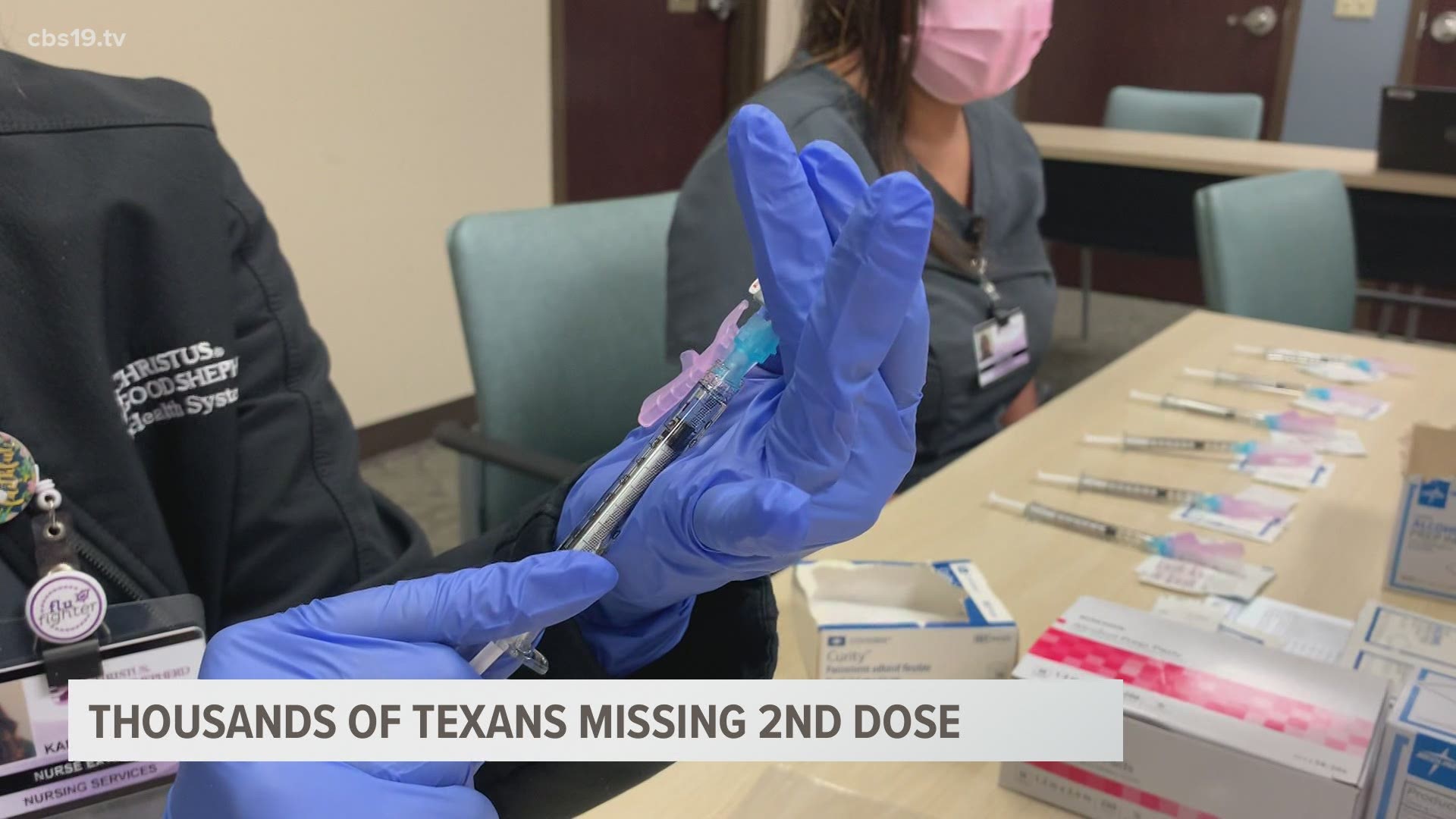 TYLER, Texas — Health officials are reporting across the nation, millions of people are not getting a second dose of a COVID vaccine. In Texas, the Department of State Health Services data shows more than 500,000 Texans are "overdue" for a follow-up shot.

Overdue is the term used to describe someone who's gone 43 days or more since their first dose.

George Roberts, CEO of NET Health said in East Texas the appointments are continuing for second doses, and it's first dose clinics they're having trouble filling.

According to Roberts, more than 70,000 people in Smith County are fully vaccinated and about 53,000 have received the first dose only.

"This weekend, we have roughly 1500 people coming on Friday and Saturday to get their second doses," he said.

RELATED: Half of US adults now have received at least 1 COVID shot

As of Tuesday in Texas, more than 7.3 million people are fully vaccinated, more than 10.75 million have received at least one dose and more than 17.5 million doses have been administered.

Roberts said some reasons why some people could be going without a second dose could be vaccine hesitancy, fear of symptoms, or not wanting to take the time required to get the shot.

He said for whatever reason someone may have for not yet getting the second dose, he encourages them to do so.

"If you are late on getting either one, you don't restart the series, you basically go and get the second shot," said Roberts. "Use it as a preventative way, not only for yourself, but also somebody else."

As of Tuesday, the average amount of people fully vaccinated is nearly 24% for 21 East Texas counties, which is more than 216,000 people.