Donor to match donations for baby who needs life-saving treatment until Feb. 10 | You can help

The Rasberrys have a month to raise half-a-million dollars to save Ollie's life. 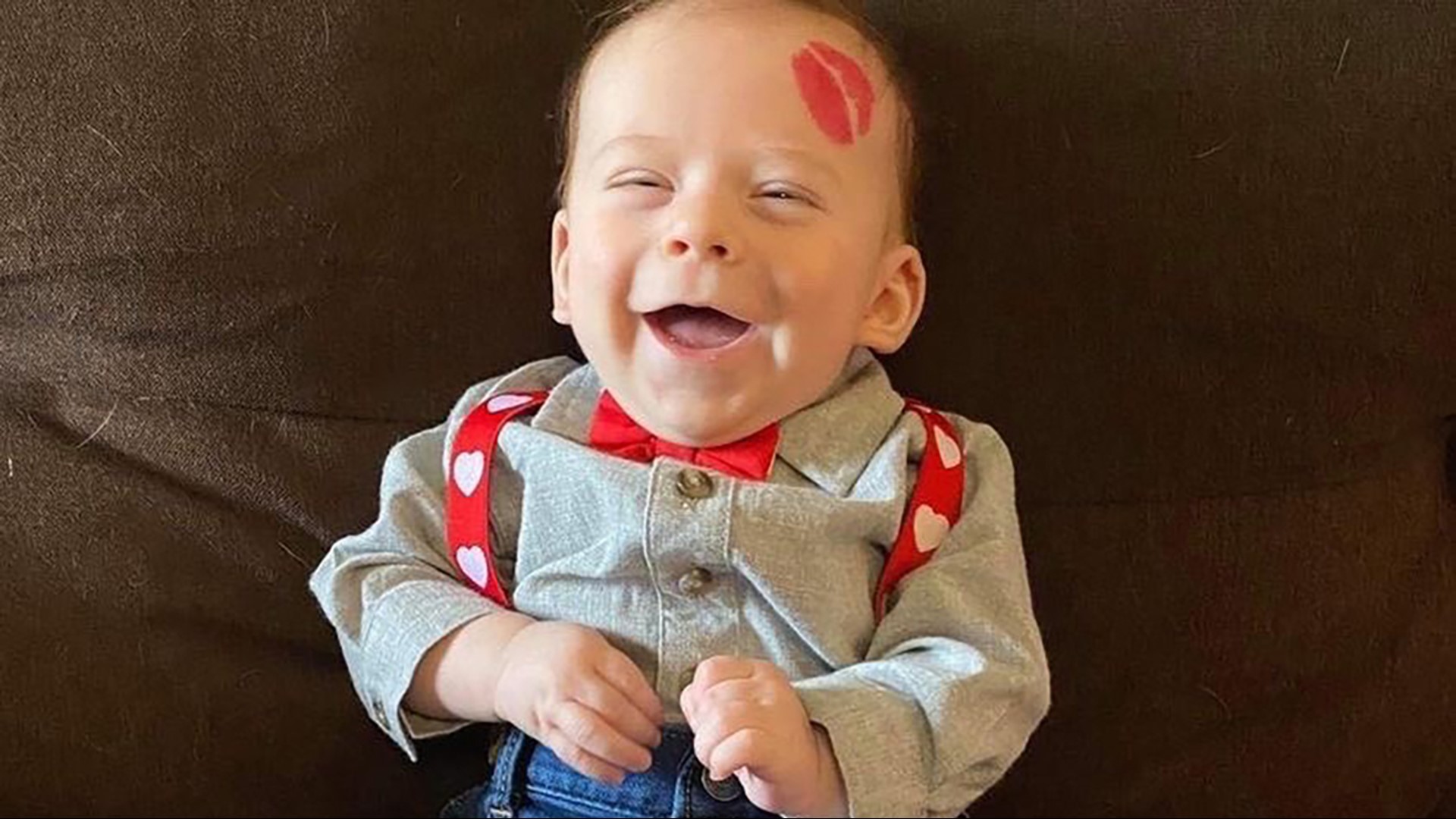 THE WOODLANDS, Texas — A person who wants to stay anonymous has offered to match donations up to $50,000 to a family in The Woodlands trying to save their baby’s life. The anonymous donor will match donations over a week’s time, ending Feb. 10.

RELATED: Woodlands family needs a miracle to save their child’s life - here's how you can help

Since KHOU first shared the story of Ollie Rasberry, the community has donated more than $200,000. The family needs to raise $500,000 by March in order to afford their 3-month-old’s life-saving treatment.

Two of their children have the rare genetic disorder. The family said the disease is too advanced in their daughter, but it’s still possible to save their youngest son if enough people can help.

Five-year-old Addy Rasberry is unable to move, talk or eat, however, videos a few years back show a toddling, talking, silly little girl.

How AWESOME is this? An anonymous donor has offered to MATCH $50K in donations for The Woodlands' baby needing life-saving medical treatment. The offer stands from now until the 10th. @Olliesmiracle @elleduncanESPN @ABREG_1 #KHOU11 https://t.co/KPyPpvq9Ku

Addy developed normally for her first 15 months or so.

“All the sudden, she started having a lot of trouble walking,” mother Victoria Raspberry said. “She was falling down a lot.”

The Rasberrys turned to doctors for help as they watched Addy regress. It took nine months before she was finally diagnosed with MLD, the day after her second birthday.

“They basically told us to go home and spend as much time with her as possible. To go on our Make-A-Wish trip and just enjoy her," Victoria said.

Within two months of her diagnosis, Addy lost the ability to speak, eat and hold her head up. However, she continues to develop cognitively. She understands what’s happening around her. What she doesn’t know is kids with the disorder usually live until only 5 to 10 years old.

“There’s a lot of grief for what won’t be and what she can’t do anymore,” Victoria said.

It’s too late for Addy. Her parents know it. They’re squeezing in as much love as they can, while they can, but it’s not too late for her 3-month-old brother Ollie, who also has MLD.

Because Addy has the disease, Victoria and her husband Zack knew it was important to test Ollie. Victoria spent her entire pregnancy nervous, and when he was born in October, Ollie was tested and diagnosed.

“I was devastated, and I knew that we had to act fast," Victoria said.

There’s a gene therapy that has been approved for commercial medical use in Europe. Victoria said with the recommendation from doctors in the U.S., doctors in Italy have agreed to treat her son, but treatment has to start by 6 months old, and it’s expensive. The Rasberrys need to raise $500,000 over the next month.

“It’s overwhelming, is the biggest thing that comes to mind, because we just have so little time to raise so much money," Victoria said.

They have been working nonstop to raise money. The clock is ticking, and they don’t have nearly enough money. Without the treatment, Ollie will not make it.

“I don’t know what’s worse ... I don’t know if it’s watching your child decline and not knowing what’s going on or having a child and knowing that they will decline," Victoria said.

“My soul is tired, you know? I’m weary, but I’m trying to fight the fight and do what I need to do to save his life," Victoria said.

How to help the family