Not getting enough sleep can increase your risk of dementia, new research shows

Researchers found that people who regularly reported getting six hours or less of sleep were close to 30% more likely to be diagnosed with dementia. 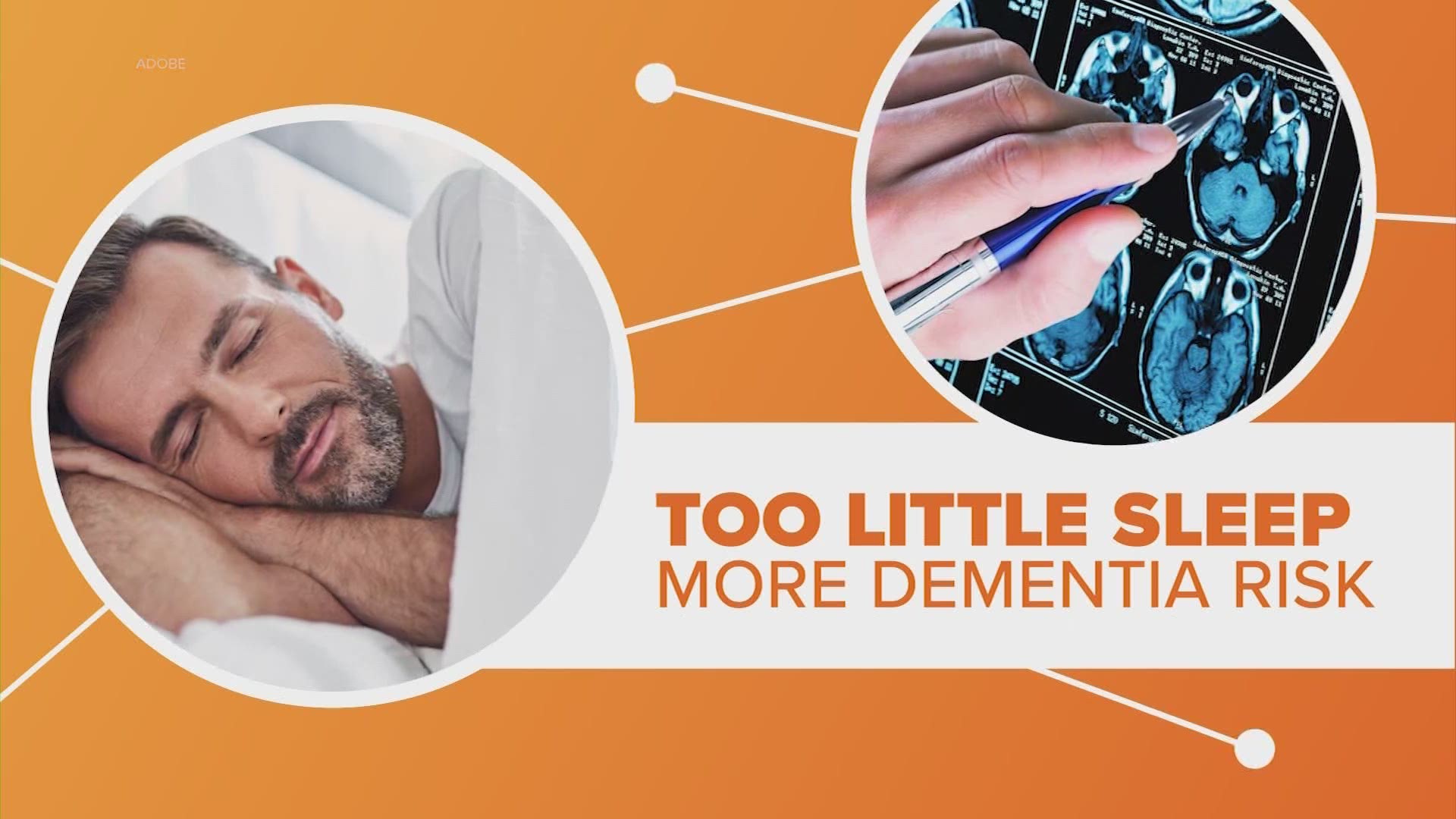 New research suggests getting too little sleep can increase your risk of dementia.

The link between poor sleep and dementia is nothing new, but what was not clear was whether that lack of sleep was a symptom of cognitive decline or one of the causes.

Now a large new study suggests that people who don’t get enough shuteye in their 50s and 60s are more likely to develop dementia later in life.

The study was published on Nature.com. It followed nearly eight thousand people for decades.

So how can you catch more sleep?

While doctors say sleeping pills are an okay temporary solution they don’t give you the deep sleep needed. Also, naps are okay but also a sign you are not getting the shut-eye you need at night.

Instead, keep a regular sleep schedule, avoid caffeine and alcohol before bed and keep the phone and screens out of the bedroom.