Dr. Steven Idell and a team of researchers will continue to test drugs, LTI-01 and LTI-03, that could possibly reverse pulmonary fibrosis. 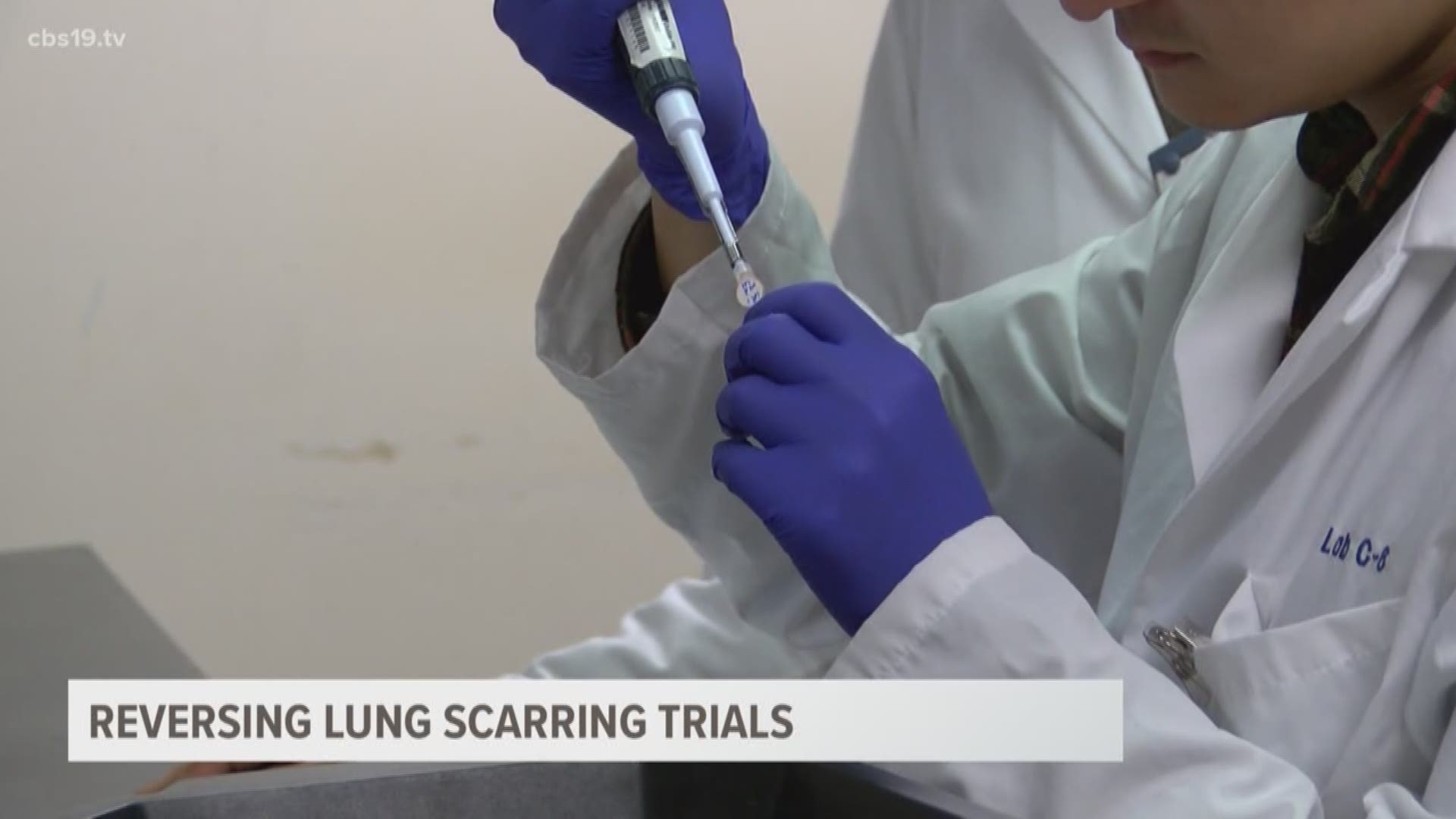 TYLER, Texas — The University of Texas Health Science Center at Tyler is in the works of conducting two clinical trails to treat lung diseases.

Dr. Steven Idell and a team of researchers will continue to test drugs, LTI-01 and LTI-03, that could possibly reverse pulmonary fibrosis thanks to $36 million raised by investment company Lung Therapeutics Incorporated.

LTI-01 is an injectable drug that maximizes scar removal around the lungs, which promotes fluid drainage while minimizing the risk of bleeding and other complications.

Lung Therapeutics has received orphan drug designation from the U.S. Food and Drug Administration for LTI-01. The FDA grants the designation to novel drugs that show promise in the treatment of rare diseases or conditions affecting fewer than 200,000 patients in the United States. The orphan drug status allows companies to expedite clinical development and receive other benefits.

The new funding will also allow Lung Therapeutics to launch a Phase l clinical trial for its second drug, LTI-03, which is in development to treat idiopathic pulmonary fibrosis(IPF). IPF is a chroniclung disease with progressive scarring in the lungs from causes such as disease, injury or genetics. The condition has a five-year mortality of 80 percent.

Lung Therapeutics said that in pre-clinical testing LTI-03 has shown anti-fibrotic activity in multiple models of fibrosis, including scleroderma, kidney and cardiac, as well as the ability to protect healthy lung cells.

A safety trail to remove puss from the lungs began two years ago in Australia and New Zealand. This led to positive results in patients taking the drug and now more research will continue globally.

Dr. Idell says LTI-01 could even be an alternative to surgery for people who need puss removed from their lungs.

It could take up to three years before the drugs are approved by the FDA for commercialization.