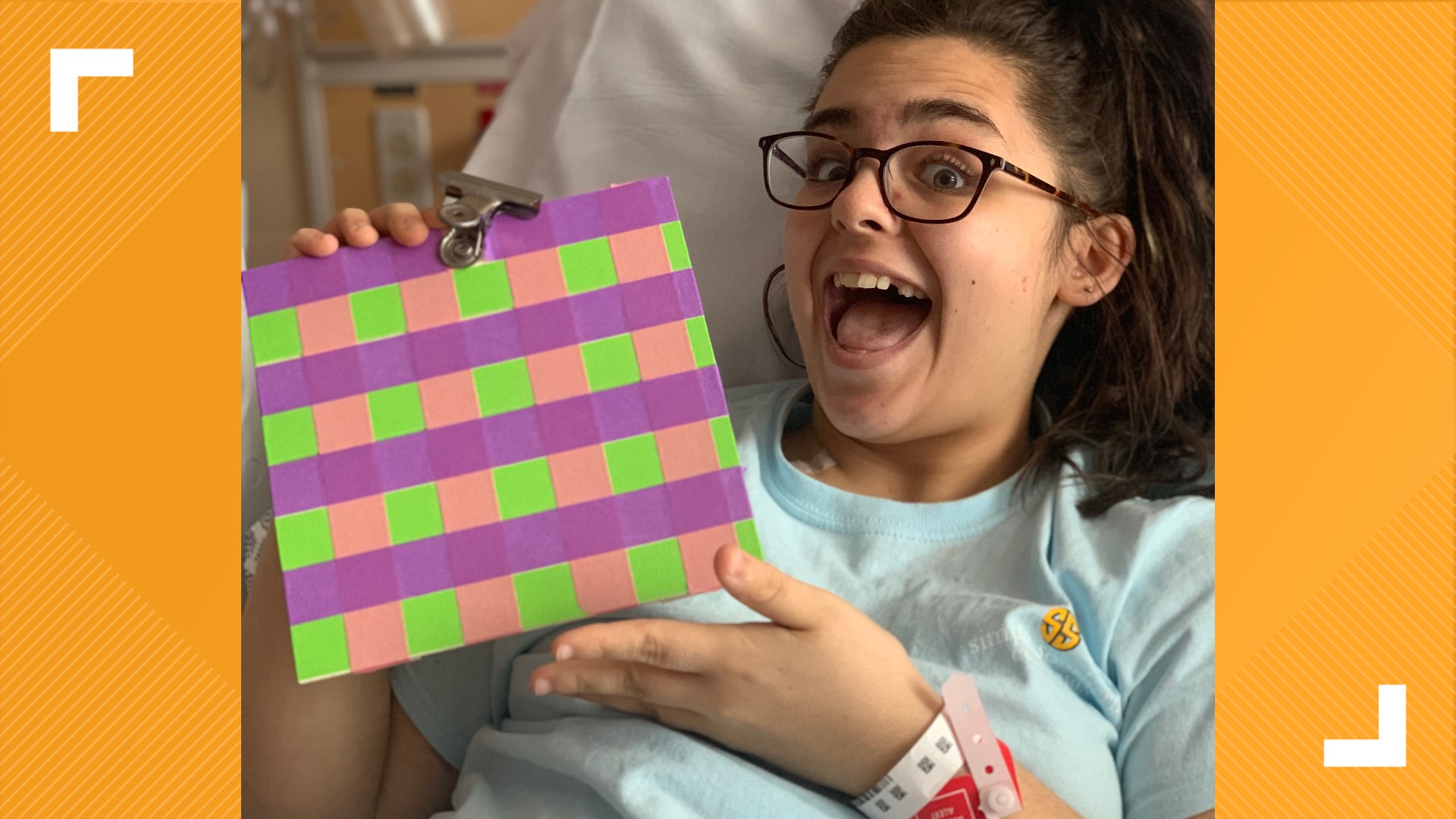 HENDERSON, Texas — It's been a week since Henderson teen,  Addison Graham, was diagnosed with Leukemia, and the family is preparing for at least two years of treatments.

The 14-year old will have to finish the school year virtually and trade her cheer uniform for a hospital gown. Through it all, she maintains a positive attitude and is thankful for the outpouring of support from her community.

"I think I took it pretty well, it was a little shocking, I don't think it all fully settled in yet," Graham said.

She started feeling back pain in late November. She told her parents and they took her to her pediatrician who initially thought it was just soreness from practicing cheer. Weeks passed and the pain did not subside.

One night Graham woke up her mother, Mallory Bennett because she felt as if she couldn't breathe. The family drove to the emergency room and the staff ran some tests, but found nothing and sent her home.

It wasn't until her urine started to change color, that's when her pediatrician suggested an ultrasound. Blood tests then revealed some scary results.

"Your platelet count is supposed to be at a 150 and when we got the bloodwork back it was at an 18, so it was extremely low." Mallory Bennett said. "Cancer never ever was on my mind at all."

Their lives completely changed in an instant.

"I got home from school and I was originally supposed to go to a hair appointment, then my mom told me to pack a bag because we had to go to Children's [hospital]," Graham said.

Going from a normal school day and practicing after school activities to being admitted to a hospital and starting chemotherapy treatments was a quick transition for Graham and her family.

She was diagnosed with Acute Lymphoblastic Leukemia, a type of blood cancer. According to St. Jude Children's Research Hospital —  about 98% of children diagnosed with leukemia go into remission within weeks after starting treatment and about 90% of those children can be cured.

Since the diagnosis, the Henderson community has been hard at work ensuring the family has enough funds to make it through the next two and a half years of treatments.

A community rallying together behind their leukemia warrior #TeamAddi

Over 100 community members are in downtown Henderson waiting for Addison’s family to drive by as they finally get back from her first treatment in Dallas pic.twitter.com/1dPaq2I4W3

Graham and her parents, Mallory and Matt, are thankful and overwhelmed by all support during this tough time.

Through it all, the teenager has maintained her faith and asked her mom to share her favorite bible verse John 13:7 which reads:

"You do not realize now what I am doing, but later you will understand."

"And I have no doubt that at the end of this August of 2023 we are gonna walk out of here and she is gonna have a beautiful testimony and she is going to change lives," Mallory Bennet said.

The journey has just begun for #TeamAddi.

About 3,500 children are diagnosed with leukemia each year in the united states, according to cancer researchers. It is the most common childhood cancer.