While walking down a hill, Paula Godwin said she nearly stepped on a rattlesnake. But, she said, her "hero of a puppy" saved her. 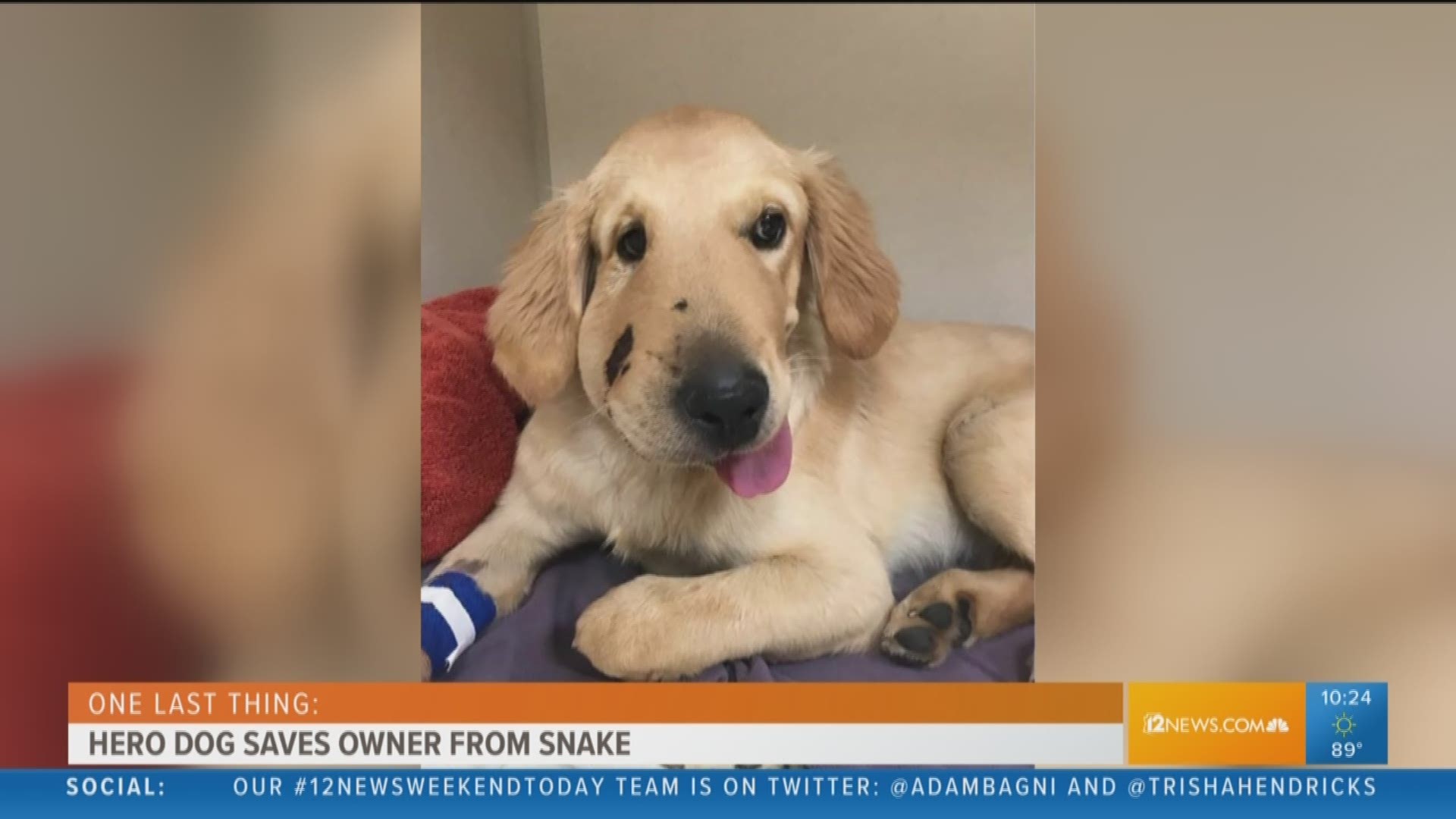 His name is Todd, but you could call him a hero, because that's exactly what his owner is doing.

Todd and his owner, Paula Godwin, were out and about early for a hike near 7th Street and the Carefree Highway Friday.

Todd out for a hike. (Photo: Paula Godwin)

But that beautiful morning would take a scary turn. While walking down a hill, Godwin said she nearly stepped on a rattlesnake. But, she said, her "hero of a puppy" saved her.

Godwin said Todd jumped right in front of her leg where she "surely would have got bit."

Todd took the bite, right to the face.

After Todd was bit by the snake. (Photo: Paula Godwin)

Godwin told 12 News she broke plenty of traffic laws as she rushed Todd to a hospital. She later posted photos of Todd's swollen face saying, "this is what a hero looks like."

Godwin said the swelling has since gone down and Todd is doing "remarkably well" as he recovers from his heroic act.