Eva Schloss, a relative of Anne Frank, didn't want to think about what had happened in her life at one point, but now she is touring America and telling her story. 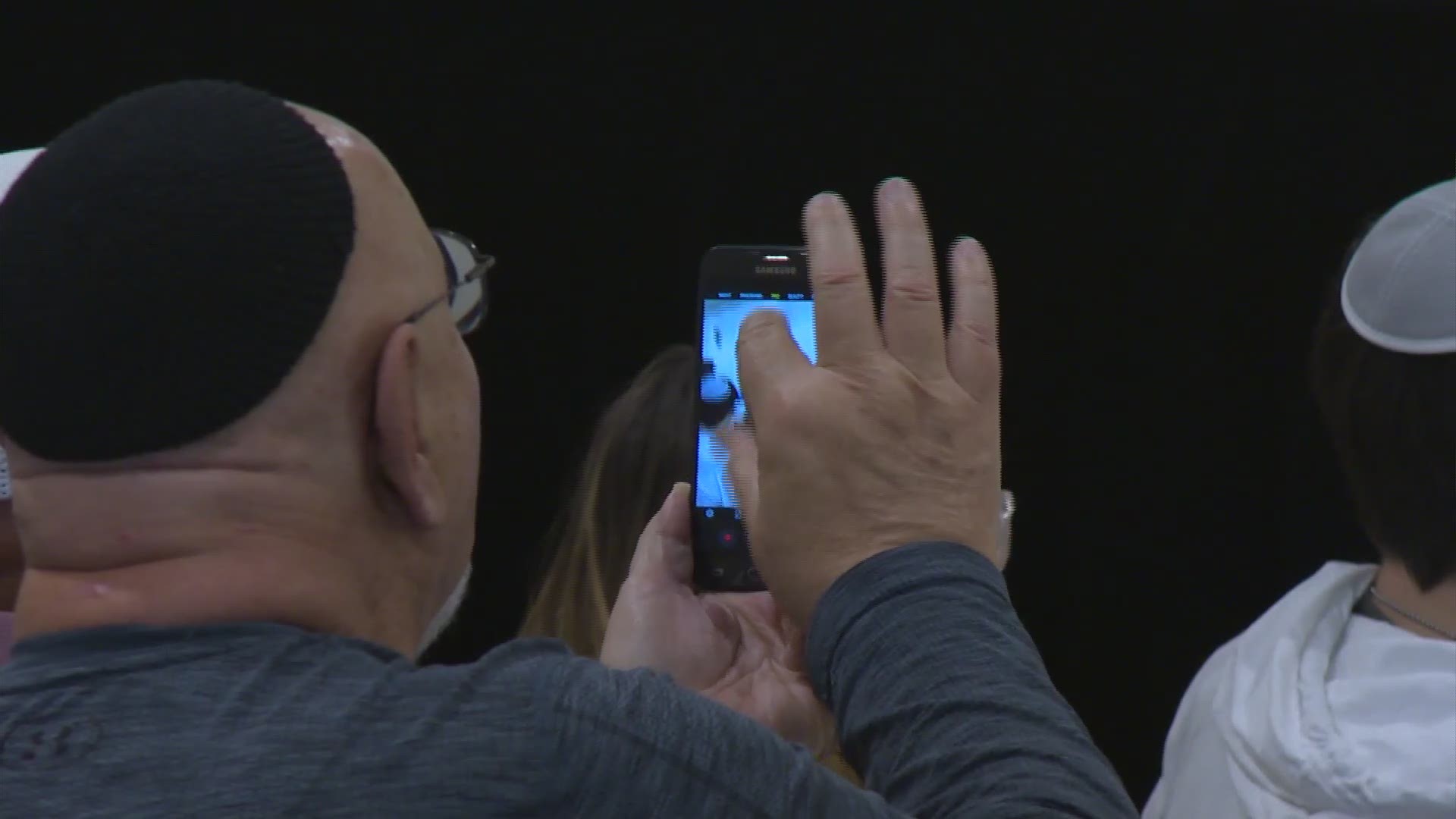 AUSTIN, Texas — There's a woman touring around Austin with a unique and important historical story – she's a Holocaust survivor. She hopes her narrative will serve as motivation for future generations.

Eva Schloss grew up in Austria in the 1930s with her mother, father and brother. When Germany invaded Austria in 1938, these four moved first to Belgium and then to Holland. It was at this point she became neighbors with German-born Jewish diarist Anne Frank.

Both of these girls' families were ultimately betrayed and deported to an Auschwitz concentration camp.

"I went through the most horrible thing you could imagine," Schloss said.

While Schloss survived, her father and brother did not. Her mother made it out alive as well and later married Frank's father – Otto Frank – in 1953. This is how the two became step-sisters. Schloss helped her stepfather get Anne Frank's diary published.

Early on after Schloss got out of the camp, she didn't have the most optimistic point of view.

"I was very, very bitter for many years," Schloss said.

As the years went by, Schloss started to have a change in perspective as her bitterness turned into motivation.

"People really want to create a safer and better world,' Schloss said. "I want to hear and see what the people in all parts of the country are doing to create a better community together."

Eva has now written three books and is currently touring across America for her most recent book, "Eva's Story." Schloss has made it her mission to make people aware of the Holocaust through her experiences. She said this type of message is needed now more than ever.

"I am very upset that we haven't learned what we should, and it really needs to draw attention to all those terrible things that are happening," Schloss said. "Through my experience, I got a big wake-up call."

Schloss not only got a wake-up call but a literal phone call that gave her another push as well. Darryle Clott is a member of the American Friends of the Jewish Fighters Museum Consortium of Holocaust Educators. She is a Holocaust educator in Wisconsin who travels down to Austin frequently, where her grandkids live.

Clott also co-directed a play about Schloss and Anne Frank, eventually deciding to try and get in contact with her. She later made a phone call to Schloss while she was living in London, convincing her to come to America to tour and speak about her experiences.

"She is a miracle," Clott said. "She's amazing. People need to understand what happens when people fail to accept other people's differences and when they remain bystanders when they see injustice occur."

Credit: Jay Wallis
While Eva Schloss was in Texas, she couldn't help but borrow a Texan's cowboy hat and enjoy a fun moment in a field of bluebonnets.

This phone call eventually turned into a friendship as Clott is working with Schloss during her time in Texas.

"I'm really with her for three straight days and accompanying her on all of her venues," Clott said. "You can't be around her and not love her."

It's a love that Haggai Eshed wanted to see for himself. Eshed is a member of the synagogue, Congregation Agudas Achim, where Schloss spoke Sunday afternoon. He said he couldn't pass up the chance to hear her story.

"In the past, I was a social worker working with elderly Nazi victims," Eshed said. "I heard about the event, and I really wanted to attend."

He said he also hopes to pass down her love and message to his first and recently-born son.

"I want to make sure that when he's older, he's able to remember this and have the tools necessary to look back and see what happens to the next generation," Eshed said.

Using the past to mold the future, it's a goal Schloss said she hopes her story can help become a reality.

"Eventually, we get a more harmonious and peaceful world," Schloss said.

To learn more about Schloss and her story, you can click here.

‘4 minutes saved my life’: Holocaust survivor had bullets whiz by outside Tree of Life