The story of "Battleship Row" during the attack

Before dawn on 7 December 1941, the American strategic center of gravity in the Pacific reposed in the seven battleships then moored along "Battleship Row", the six pairs of interrupted quays located along Ford Island's eastern side. 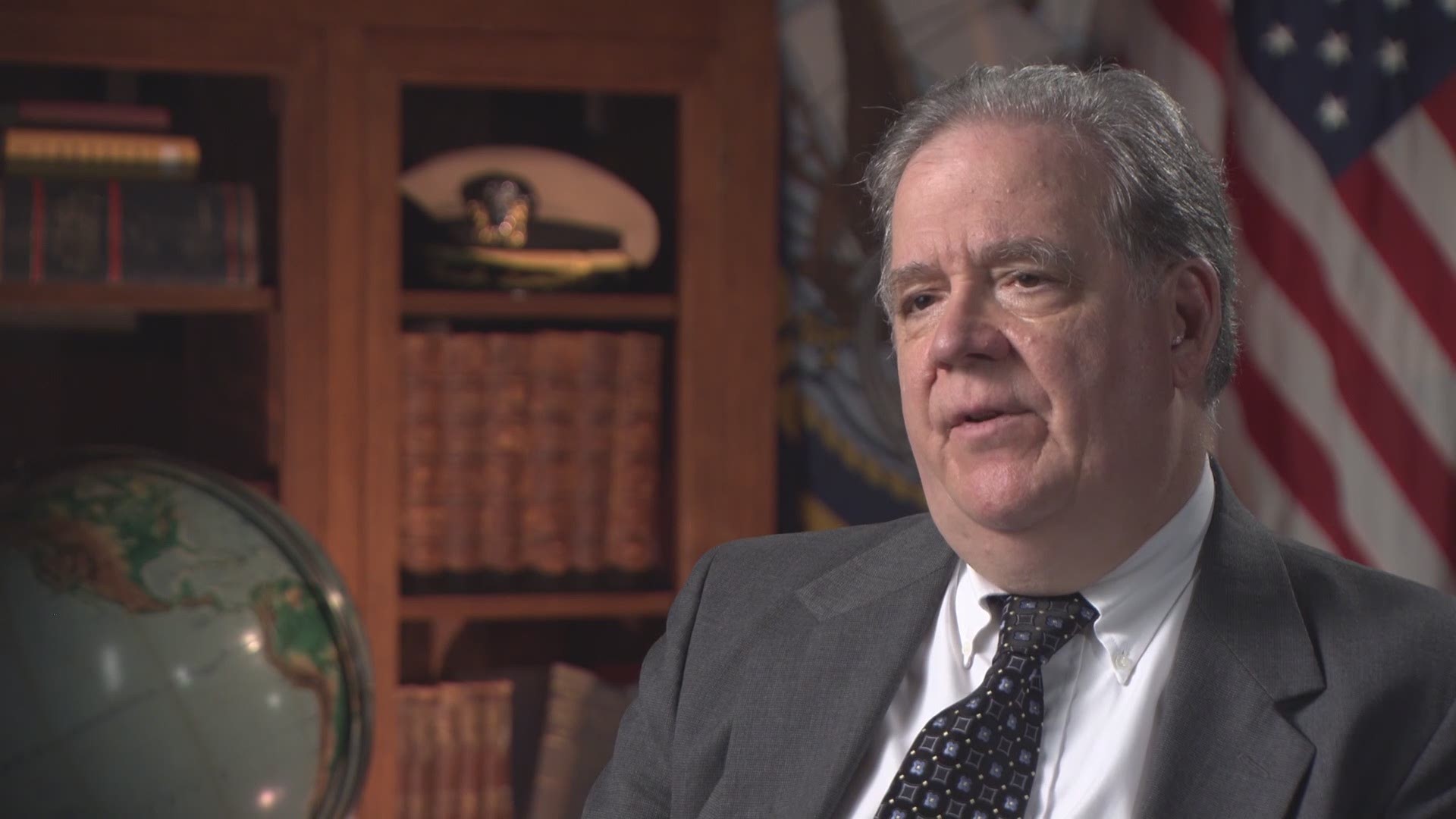 Before dawn on 7 December 1941, the American strategic center of gravity in the Pacific reposed in the seven battleships then moored along "Battleship Row", the six pairs of interrupted quays located along Ford Island's eastern side.

Quay F-2, the southernmost, which usually hosted an aircraft carrier, was empty. Northeastward, Battle Force flagship California was next, moored at F-3. Then came two pairs, moored side by side: Maryland with Oklahoma outboard, and Tennessee with West Virginia outboard.

PHOTOS: A look at "Battleship Row"

1 / 1
<p>Photographed from a Japanese aircraft after USS Arizona was hit by bombs. Ships seen are (from left to right): USS Nevada; USS Arizona with USS Vestal; USS Tennessee with USS West Virginia and USS Maryland with USS Oklahoma capsized alongside.  </p>

Astern of Tennessee lay Arizona, which had the repair ship Vestal alongside. Last in line was USS Nevada, by herself at quay F-8. These seven battleships, ranging in age from eighteen to twenty-five years, represented all but two of those available to the Pacific Fleet. The Fleet flagship, Pennsylvania, was also in Pearl Harbor, drydocked at the nearby Navy Yard. The ninth, USS Colorado, was undergoing overhaul on the west coast.

Together, these ships were one short of equalling Japan's active battlefleet. Clearly a worrisome threat to Japanese plans for Pacific Ocean dominance, they were the Japanese raiders' priority target.

Twenty-four of the forty Japanese torpedo planes were assigned to attack "Battleship Row", and five more diverted to that side of Ford Island when they found no battleships in their intended target areas. Of these planes' twenty-nine Type 91 aerial torpedoes (each with a warhead of some 450 pounds of high explosive), up to twenty-one found their targets: two hit California, one exploded against Nevada and as many as nine each struck Oklahoma and West Virginia.

The latter two ships sank within minutes of receiving this torpedo damage.

Horizontal bombers, armed with heavy armor-piercing bombs, arrived just as the last torpedo planes finished their attacks, and other horizontal and dive bombers came in later. Together, these planes scored many hits or damaging near-misses on the "Battleship Row" ships: two on California, Maryland and Tennessee; a few on West Virginia. Most spectacular of the bombers' victims was Arizona, which was struck many times.

One bomb penetrated to the vicinity of her forward magazines, which detonated with a massive blast, immediately sinking the ship. Nevada, which got underway during the latter part of the attack, attracted many dive bombers, was hit repeatedly as she steamed slowly between Ford Island and the Navy Yard, and, sinking and ablaze, had to be run ashore.

The Japanese had thus put out of action all seven battleships present on "Battleship Row". Two, Maryland and Tennessee, were repaired in a matter of weeks, as was the Pennsylvania. However, three were under repair for a year or more. Oklahoma and Arizona would never return to service. Even with the addition of three more battleships brought around from the Atlantic, the Japanese battle line was assured of absolute superiority in the critical months to come.