The Backstory: A Texas cop kills a 12-year-old boy during questioning about a petty crime

It was up to an Austin jury to decide the fate of the police officer who killed Santos Rodriguez. 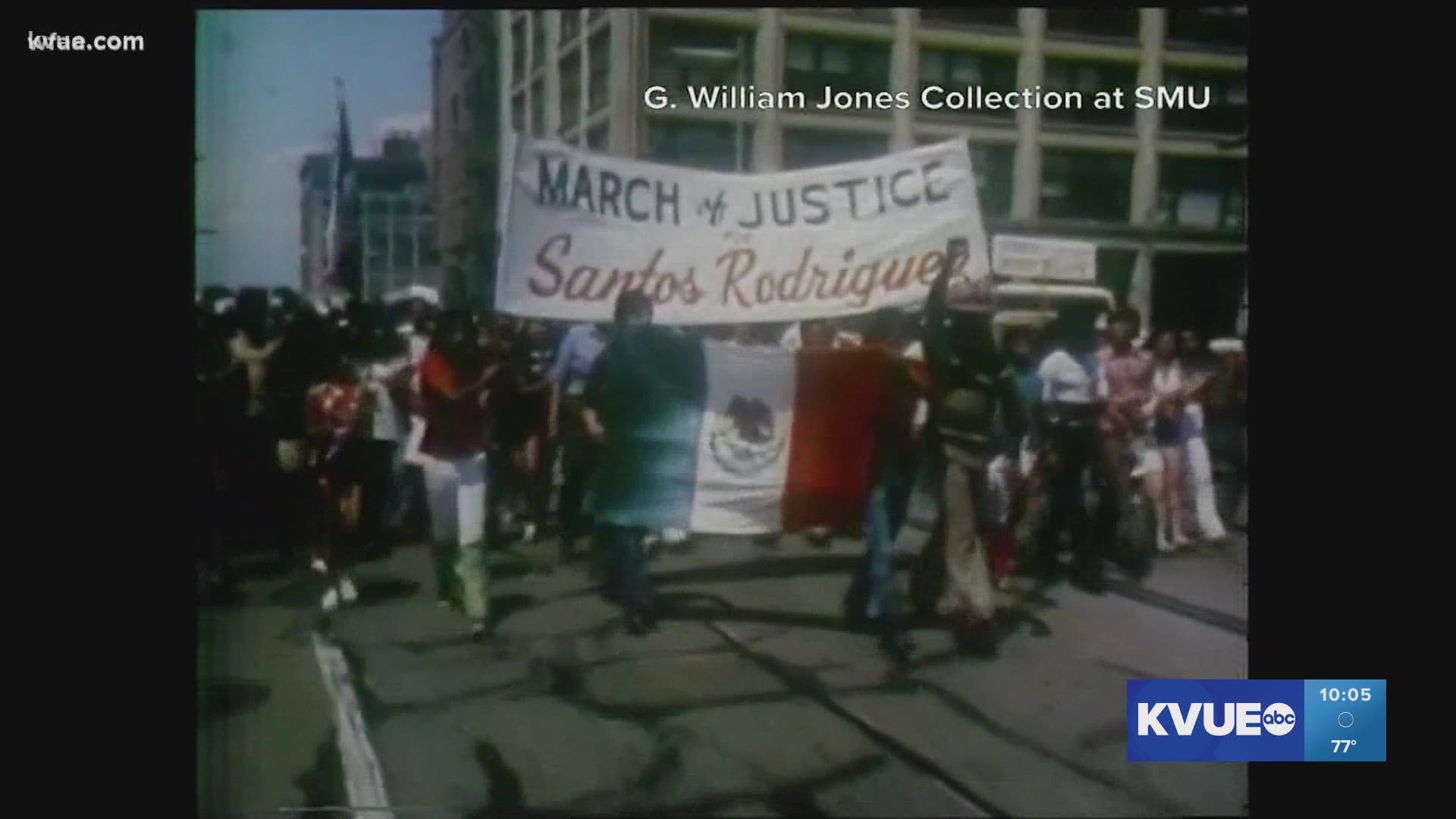 Forty-eight years ago this week, a 12-year-old boy was murdered by a Dallas police officer who held a gun at the kid’s head in order to get him to confess to a petty crime.

The tragic story of young Santos Rodriquez would end in November 1973 in a Travis County Courtroom when an Austin jury had to decide if his death was intentional or an accident.

It began when Santos and his brother, David, were taken from their home in Dallas for questioning by police. The cops wanted to know if they had broken a window at the rear of a gas station after hours and taken $8 from a cigarette machine.

During the questioning inside his patrol car, Dallas police officer Darrell Cain pointed his revolver at Santos’ temple to get him to confess. Cain later claimed he thought the gun was empty.

He pulled the trigger and a single bullet struck Santos, killing him instantly as his brother sat nearby.

As news of Santos’ death spread, Dallas erupted in protests. It seemed unimaginable that anyone, especially someone so young, would die at the hands of the police during a routine interview.

Cain was charged with murder, and because of intense publicity, the trial was moved to Austin.

On the stand at the Travis County Courthouse, Cain testified that he thought he had emptied all of the bullets from the gun and that he didn’t intend to kill Santos.

A jury deliberated 5.5 hours and found Cain guilty of murder with malice. Yet the same jury assessed only a 5-year prison sentence. Cain served just 2.5 years before he was released.