The organization prepared to serve about 1,500 people Thanksgiving Day this year. 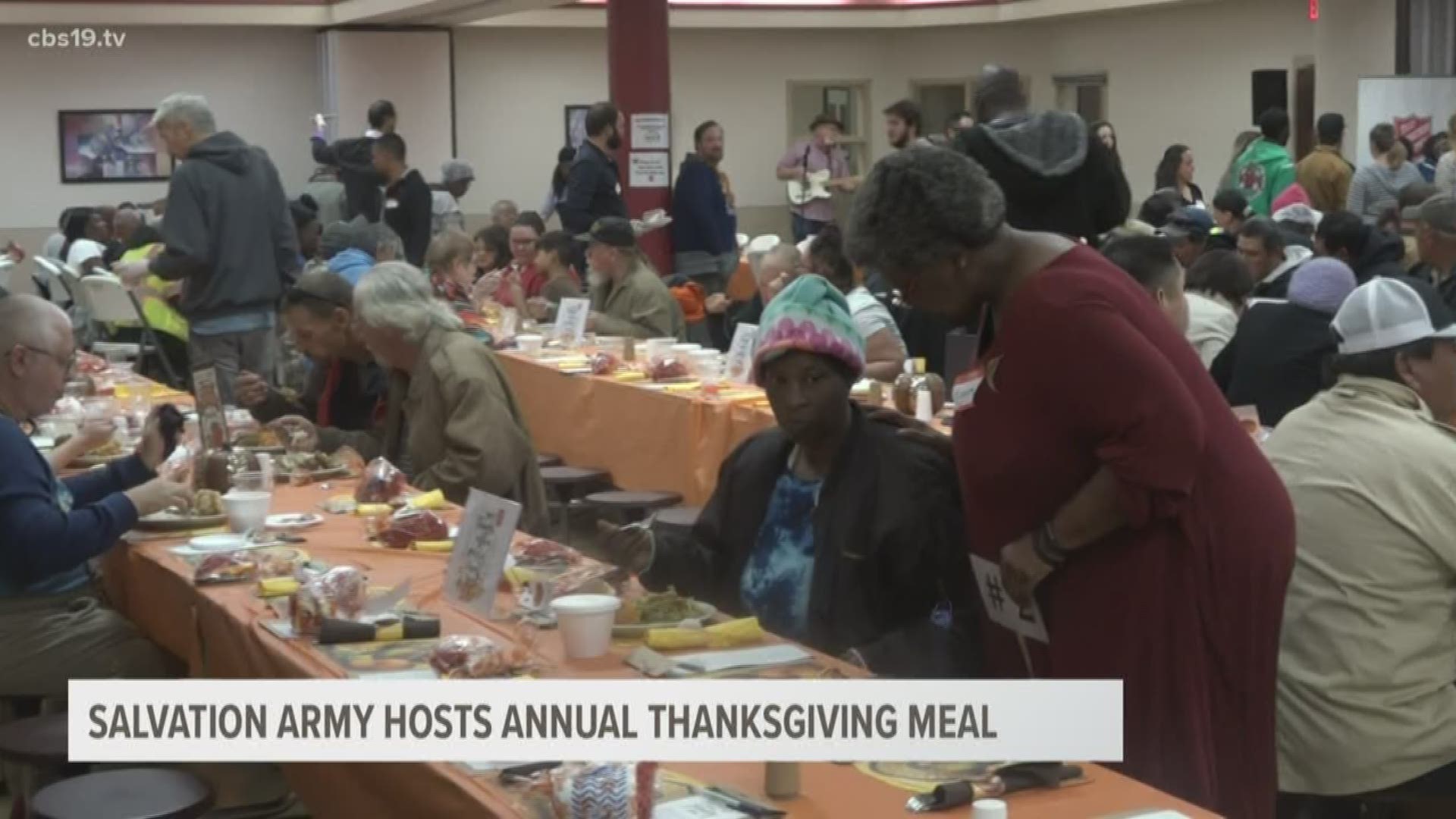 This year, more than 200 volunteers signed up to help with the annual Thanksgiving lunch held by the Salvation Army in Tyler.

"We are very, very blessed," said longtime volunteer Jeff Johnston. "When we look around in today's world, it doesn't take long to find people who are in need."

Johnston and his wife have been involved with the Salvation Army as volunteers since the 1980s. He says efforts like the Thanksgiving feast would not be possible without the organization's dedicated volunteers and community donors.

"It's just overwhelming at the number of people who come out today to help and it's amazing how people want to help on thanksgiving day," Johnston said. "But I challenge them to look at the other 364 days of the year because the need is there every day of the week."

The organization prepared enough food to feed up to 1,500 people. Its leaders say the costs of the meal are covered by donations from community partners and funds raised throughout the year.

The Salvation Army serves meals to those in need every day of the year. However, volunteers say the Thanksgiving meal is particularly special because of what it symbolizes: families and people of the community coming together to serve those who may not have a family to celebrate with on days like today.

"There's no feeling like today when you think about giving back," Johnston said. "The good Lord has given us so much and we look around and it's not depending on anybody's race, color, origin or religion. We all come together and it's great to be able to do that."

Continuing in the spirit of giving, this weekend the Salvation Army's Red Kettle Campaign goes into full effect. The organization will have bell ringers collecting donations at 39 locations in Tyler.

In order to reach its $400,000 goal for this year, more volunteers are needed. To sign up to serve as a bell ringer, visit Salvation Army Texas.