"It got to a point where there were no bicycles available from any of our vendors." 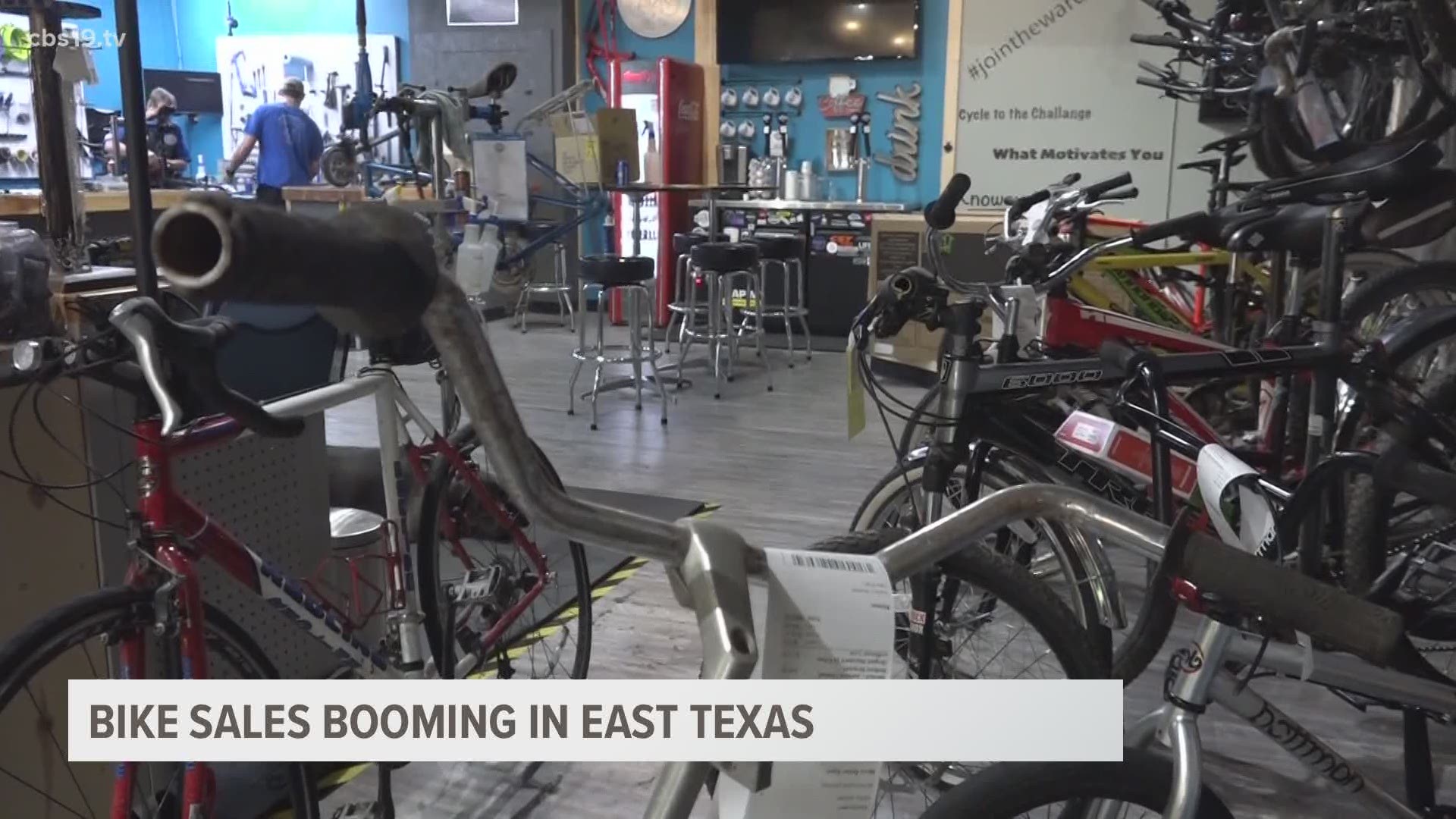 TYLER, Texas — A continued cycle of buying necessities to help aide people during the pandemic has stopped some worldwide suppliers in their tracks. Bike manufacturers are in a standstill.

Joshua Phillips, owner of Cycology in Tyler, says inventory has slowed down but somehow business is on a roll.

"When the pandemic happened, people kind of started coming into the store and purchasing bikes left and right," Phillips said.

It didn't just occurred in Tyler but around the nation.

People rushed to bike shops searching for the two wheeled mode of transportation just as much as people rushed to by food and toilet paper. Research states, leisure bike sales grew by 203%, children's bikes 107% and certain mountain bikes more than 150 %. Bringing in revenue upwards of $1 billion in just one month.

RELATED: Some activities may increase the spread of COVID-19. Here's what you can do instead.

Phillips says the store's inventory is on a slope. Usually there are about 75 new bikes delivered, now there are only about ten and they are most likely already sold.

So the shop's bike boom had to stay on track in other ways.

RELATED: Pandemic leads to a bicycle boom, and shortage, around the world

"People have been pulling bikes out of the garage and storage buildings [and] whatever they can get their hands on they bring it in to get it repaired so its rideable," Phillips said.

Even though the bike boom may not be pumping the brakes any time soon. Shipments will pour in, just a little slower than usual.

"This demand is still high. There's still people that walk in here every day looking to purchase a bike, but we don't really have anything to sell at this time," he said.

If you're hoping to buy a bike soon, you can still check with local bike stores. Bike retailers are beginning to release dates of when bicycles will be available. You can put your name on the list to reserve your new wheels.