A Brownsboro woman was allegedly fired after doing her job. Cassandra Hobbs worked at the Gateway 54 gas station and reported a vapor valve leak, which authorities said could lead to an explosion. 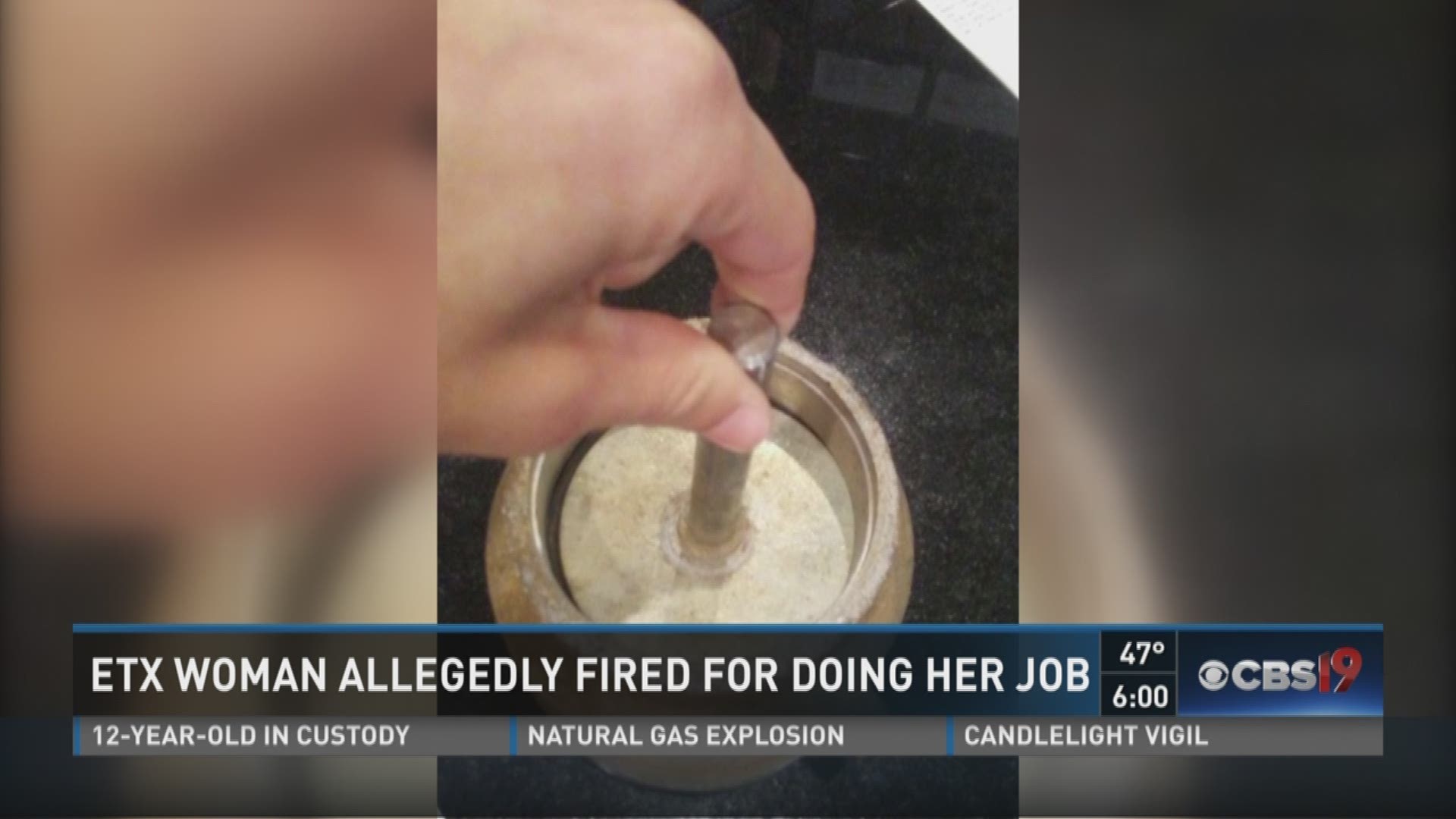 A Brownsboro woman was allegedly fired after doing her job. Cassandra Hobbs worked at the Gateway 54 gas station and reported a vapor valve leak, which authorities said could lead to an explosion.

"I needed to call management because if somebody lighted a cigarette or there's a spark, I'm going to blow up," former employee Cassandra Hobbs said a Texan TransEastern truck driver told her on Thursday morning.

The driver was routinely pumping gas into the tanks around 2:00 a.m. when he found a broken valve, causing gas to leak.

"He was here for an hour and a half to two hours,” she said. "He finally came in and brought me in a piece."

Hobbs showed CBS19 the area where the broken valve is, affirming she called 911 immediately. The Brownsboro Volunteer Fire Department and police department arrived to the scene.

"The [fire department] figured out the piece was broken,” she said. “They said it was dangerous, and they ended up blocking off the road so nobody could enter the gas station."

Hobbs said the road was blocked off for several hours.

According to an incident report from the Brownsboro Police Department, a pressure release valve was damaged while fuel was pumped into the tanks, “allowing the fumes of the gasoline to evaporate in the atmosphere."

It continued, stating, "The station attendant smelling the fumes called 9-1-1 to have the emergency services dispatched."

"The manager finally showed up, and I was terminated,” Hobbs said.

CBS19 reached out to the gas station manager, but did not receive a response. Both co-owners of the gas station, who live out of the city, declined to comment.

"I was looking out for my life, and not only my life, the community around me," Hobbs said.

The leaking valve is not fixed, but police said the city is working efficiently to fix it.

Hobbs is currently looking for an attorney. She also filed a complaint with the Occupational Safety and Health Administration (OSHA).