According to the division's 2018 statewide rankings, the Cream Level Road crossing ranked at 598 out of the 9,346 statewide public at-grade crossings. 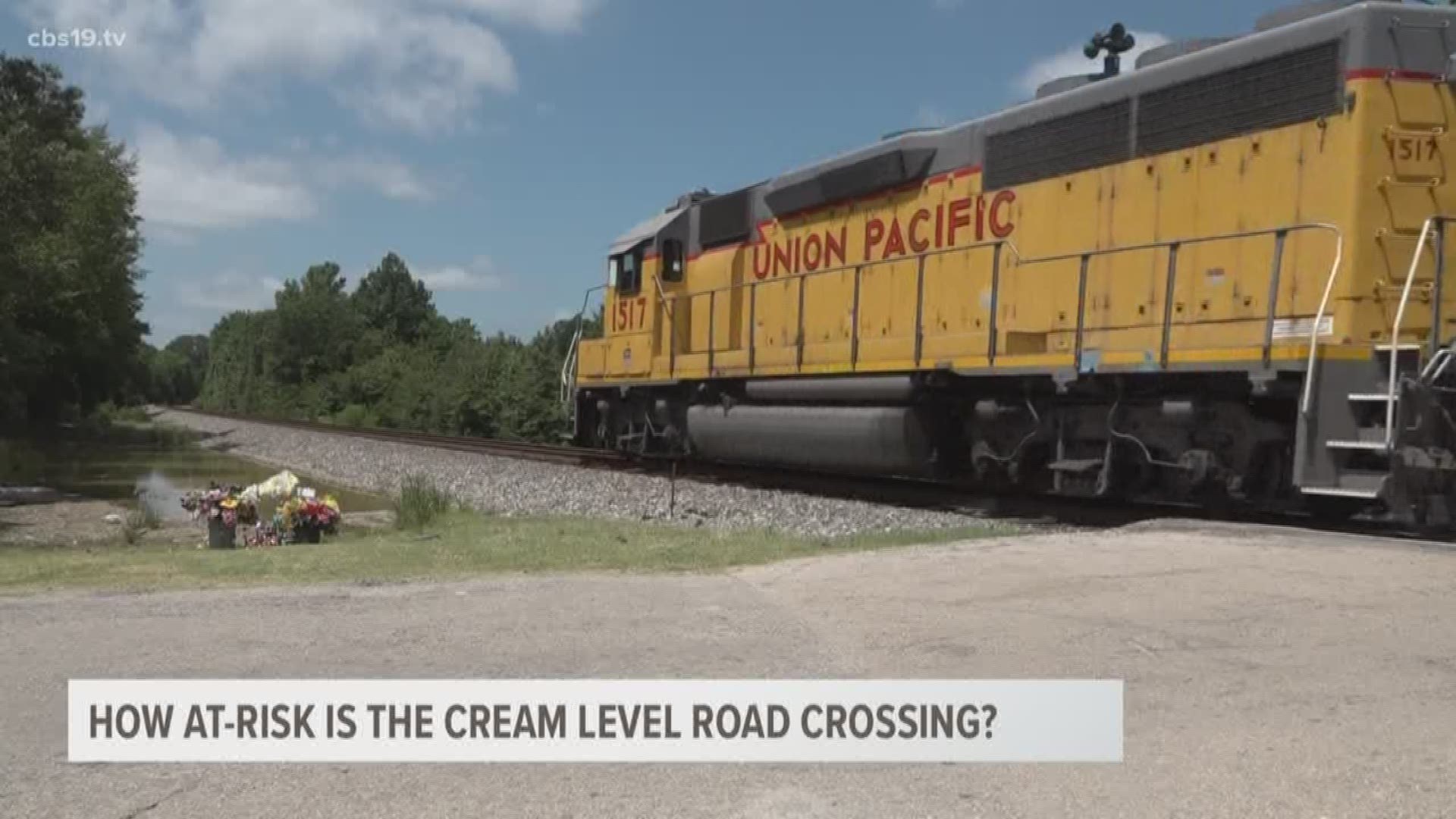 The fatal collision between an Athens ISD school bus and an Union Pacific train in January is likely embedded in the memory of most East Texans. However, many question if the tragedy will bring about change.

Six months following the accident, at least two online petitions gave thousands the opportunity to voice their concerns about the safety of the Cream Level Road crossing in Athens.

During the city council meeting on July 8, Athens Police Chief Buddy Hill told the Athens Daily Review city leaders are discussing options with Union Pacific and the Texas Department of Transportation (TxDOT) on how to improve the crossing. Chief Hill confirmed with CBS19 the talks are happening, but says they are in the beginning stages. He would not specify which options are being considered.

In the rankings, the Cream Level Road crossing landed in the top 6% of at-risk crossings in the state. Specifically, it ranked at number 598 out of 9,346 statewide crossings.

Cities and counties can request safety upgrades to a crossing, but ultimately TxDOT makes the final decision on which crossings are approved for upgrades if state or federal funds are to be used.

Of the state's crossings, the Cream Level Road crossing is one of more than 3,000 without a crossing gate. According to records from the Federal Railroad Administration, the crossing has been without caution lights, stop signs and a crossing gate for decades.

Despite its significant rating, there is no guarantee concerns regarding the crossing will be immediately addressed by the state.

In a statement to CBS19, a representative of the Railroad Division wrote:

"The next evaluation of all statewide crossings will occur this fall based on updated traffic counts, rail traffic and actual accidents."

In 2018, Texas allocated $8.53 million of federal funds to the Section 130 Program, which focuses on the elimination of hazards at railway-highway crossings. This year, the same allocation of funds increased to $26.24 million.

In the statement sent to CBS19, the representative from the Railroad Division explained their fund are distributed:

"… on programmed and actual construction obligation of projects. This includes approximately $8 million of projects obligated in August of 2018 but posted in September, which is included in the 2019 fiscal year."

As it stands, it is unclear when or if improvements will be made to the Cream Level Road crossing in Athens.

State allocates nearly $26.3 million in 2019 to safety upgrades at railroads, but does it include the Cream Level Road crossing in Athens