Director of southwest Austin preschool allowed children to fight each other

The director of Greenwood School in southwest Austin allowed children to fight on school property.

AUSTIN, Texas — The Greenwood School in southwest Austin is a non-traditional preschool. That's the reason some parents said they chose to send their children there.

The school leaders teach learning through playtime. They do creative movement, play outside with dogs and chickens, in sandboxes and in mud pits.

But parents say one recent "play" time went too far.

Two video clips sent to the KVUE Defenders – titled "Kiddie Fight Club" – show children shoving each other. They were sent by a concerned worker at the school.

The clips show other students watching, and two adults standing by.

The fight was the school director’s idea, according to a letter sent to parents.

In that letter, Director Tracy Shagen admitted it was a mistake saying, "I really thought there would be one shove or slap, and we would all apologize and go inside for story."

She said she allowed “shirt slapping and a bit of shoving” because she was "trying to ‘un-teach’ that fighting is a fun game and that hurting others is OK."

Concerned parents said at least one child was injured, but details about the injury have not been released.

Monday afternoon, parents expected a meeting with Director Shagen – but investigators with the Texas Department of Family and Protective Services (DFPS) showed up first. They canceled the meeting in order to hold an investigation.

Three of those are considered “high.” One in 2017 said, “one caregiver did not demonstrate good judgment or self-control.” State records show the school corrected the action for that deficiency. 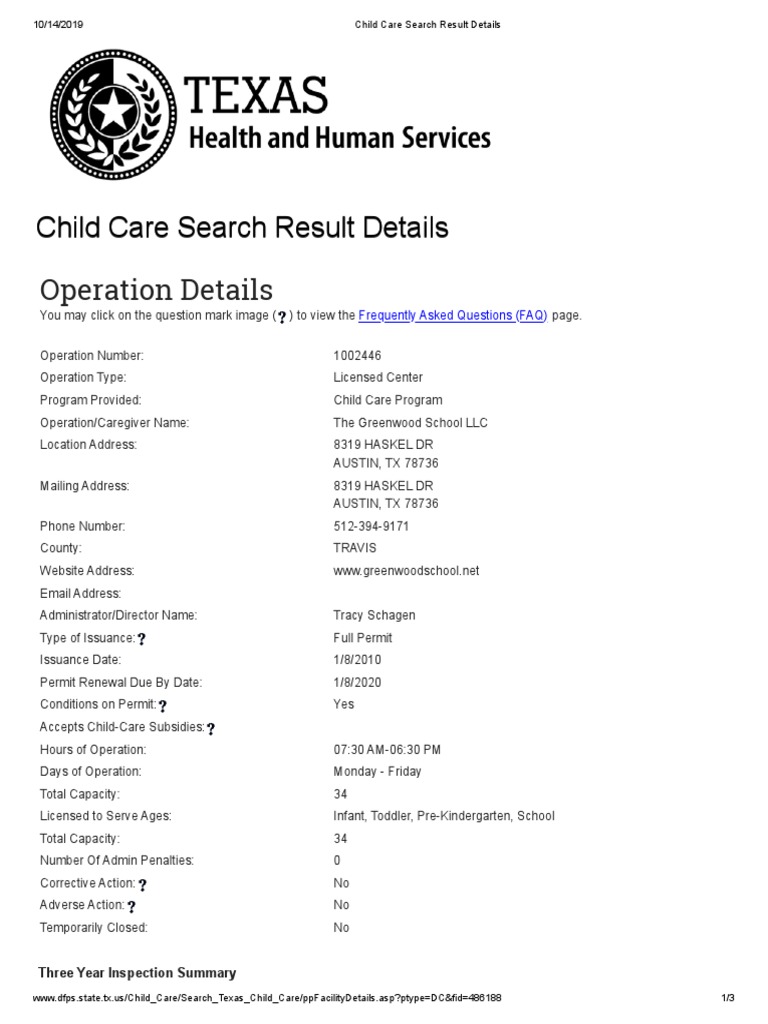 Several parents spoke to KVUE about what happened, but all choose to remain anonymous. You can read those parents' statements below.

“It came to light that in an attempt to address aggression shown by some children at Greenwood School, the director/owner and the headteacher brought the children together and formed a circle. The children were then invited to fight one on one while the other children stood in a circle and watched the fight take place. The director and headteacher then continued to pair children and allow them to fight. After photographic and video evidence of this was shared with parents, unbeknownst to the director and headteacher, many parents became upset and concerned for their child's safety. After bringing the matter up to the director, the director explained that this fighting method was done in order to address the situation of aggression and restore kindness into the children’s relationships with one another. This is appalling, as the director and headteacher never intended on sharing this with anyone and it was only after children spoke of this fight circle and the photographic/video evidence was leaked and parents brought this up their total disagreement with this method, that it was then confessed to by the director. We all know that violence begets violence. Violence does not bring about kindness. It is unbelievable how the director thought that violence would bring about kindness. It is also ironic that the school shares the following quote on their website: 'The whole life of a child up to his seventh year is a continuous imitation of what takes place in his environment. And the moment a child perceives something, whether a movement or a sound, there arises in him the impulse or an inward gesture to re-live what has been perceived, with the whole intensity of his inner nature.' The irony here is, of course, that the director and head teacher had created an environment of violence. Again, this is baffling that with a quote like this on the school's website, serving as a 'core belief,' that the director and headteacher would instigate violence between the children. I'm sick over this and absolutely taken aback by the judgment of the director and headteacher. I can't fathom how their approach to conflict resolution is OK, by any measure, especially with children two, three and four years of age. My heart is broken for the children involved and the staff."

“As for Greenwood School, our kids have loved the school. It has truly felt like a home and a community where our kids can be free and grow. We have always told people it is not a place for everyone, due to unorthodox teaching methods and beliefs. For example, no 'TV talk' at school and most of the day is spent in play outdoors. We came to the meeting tonight willing to hear her side of the story, as there has to be room to make mistakes, as I constantly do as a parent. Everything isn’t always black and white.”

“I am deeply disturbed and angered by the actions of the school and anyone who witnessed, encouraged or facilitated the fight circle and did nothing to protect the children. Our children are clearly not safe in this environment and under the control of someone who displays such poor judgment and lack of accountability thereafter.”

A fourth parent who wished to remain anonymous sent KVUE this letter regarding the incident:

A spokesman for DFPS sent the Defenders this statement:

"While investigations conducted by the Department of Family and Protective Services are confidential by law, please know when an allegation of abuse/neglect is received by our Statewide Intake Center, our investigative staff will respond and investigate those allegations.

If a person suspects abuse/neglect of a child in the state of Texas, they can make a report by calling our Statewide Intake Center at 1-800-252-5400 or online at www.txabusehotline.org a person should always call 911 first, in cases of an emergency."