Alexis Mendoza-Sanchez was selected as the fourth chair in the All-State Choir Tenor 2 section. 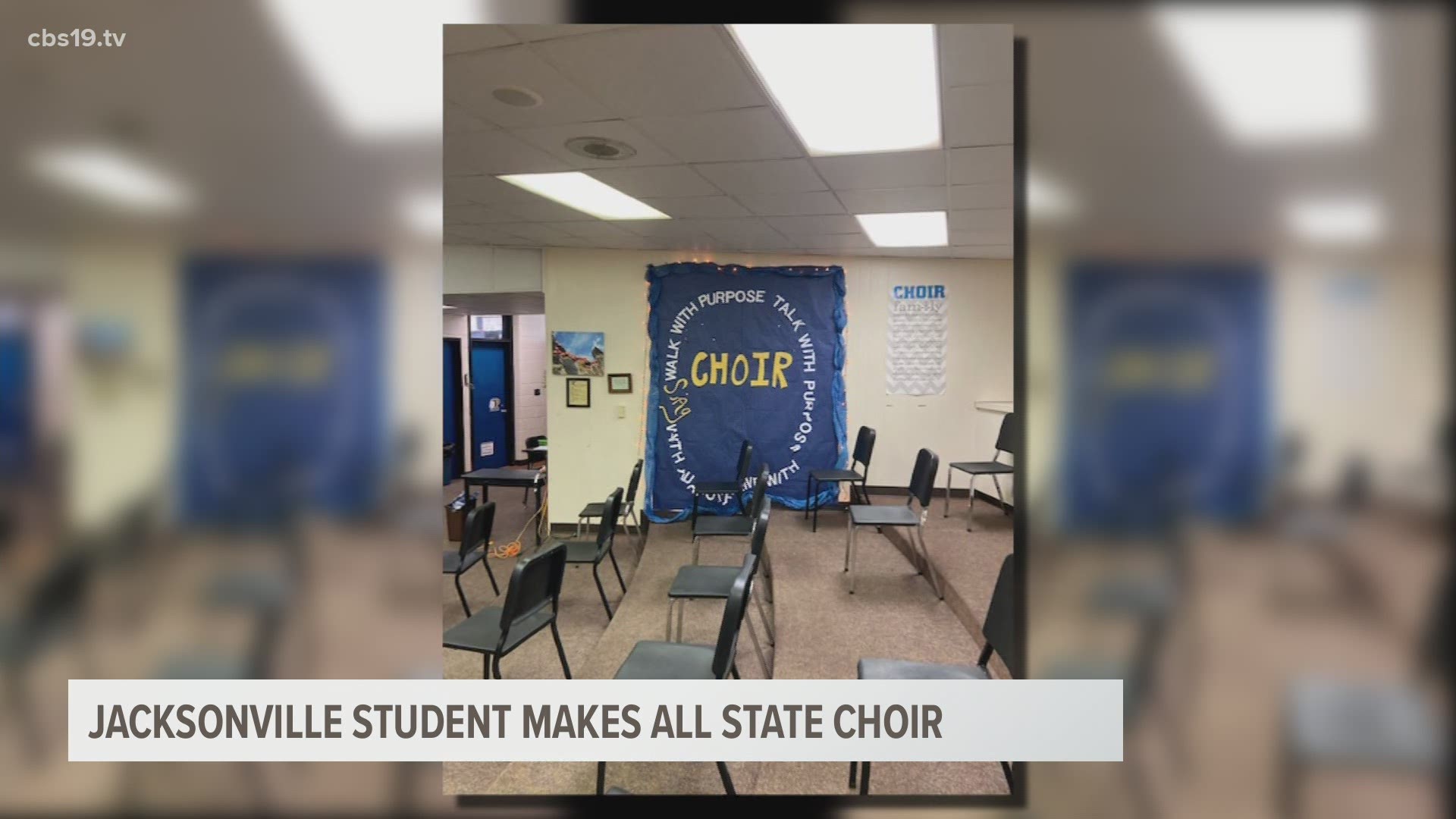 JACKSONVILLE, Texas — Jacksonville High School Junior Alexis Mendoza-Sanchez has been in choir since the seventh grade. Over time he's learned to play piano and has grown as a vocalist under the direction of different music teachers including his choir director Tiffany Hammock.

"I've just seen a great musical potential for him and he just enjoys studying it and learning more about it," Hammock said.

The 16-year-old said he feels a sense of peace when he sings or plays the piano. He decided this would be his year to showcase his talents.

"I practiced more than I usually do and I was kind of like, hyped up since less people tried out and it was virtual," Mendoza-Sanchez said. "So it meant I could try as many times as I wanted without getting nervous and submitting the perfect recording."

Mendoza-Sanchez began rehearsing in the summer and after making it through the first two rounds, by December he was practicing for the All-State Choir auditions. He had to learn different music for most of the rounds.

"He had five weeks to learn the All-State level music and two of those weeks for Christmas break," Hammock said. "So he did not have a lot of in-school class time with that music. He had to work a lot on his own."

Last Wednesday, the high school student submitted his vocal recordings and choir directors across the state selected him as the fourth chair in the Tenor 2 section.

Typically, this would mean he would sing with the other students who made the choir at the TMEA conference in February. However, his teacher received an email Tuesday that said the virtual event would not have a performance from the All-State Choir.

Despite this, the singer is still happy with his success and not giving up on performing.

"I don't mind when or where I just hope I do perform," he said.

Mendoza-Sanchez said he'd like to study music in college and possibly teach it one.