Kemp strikes a delicate balance for his COVID-19 restrictions 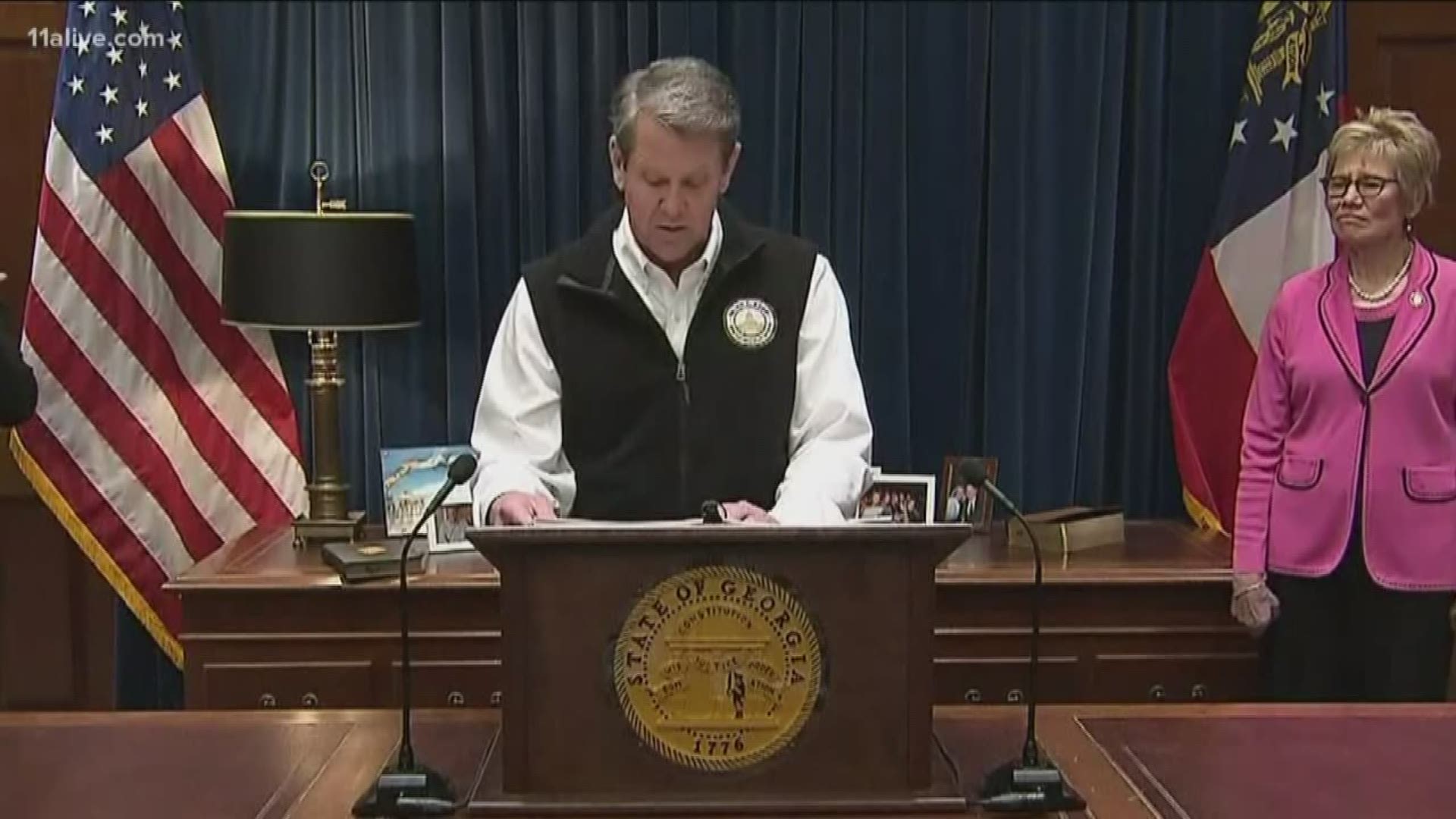 ATLANTA — Gov. Brian Kemp is getting both praise and criticism for the limited restrictions he issued Monday to curb the COVID-19 pandemic.

His backers say he’s clear-headed and realistic. His critics -- many of whom flood Kemp's Twitter feed regularly -- say it’s not enough.

Kemp is reaching for a middle ground that restricts crowds yet largely allows residents to make their own decisions.

"An executive in a time of crisis is going to face criticism, no matter what they do," said Brian Robinson, who advised Kemp's immediate predecessor, Gov. Nathan Deal.

Deal admittedly under-reacted to his worst crisis six years ago, when a freak winter storm froze traffic for hours on Atlanta area roads.

Now Kemp is facing a similar challenge -- though it’s a slow-burn pandemic threatening lives and the state's economic livelihood.

Kemp, a Republican, sees an economy that still shows some life -- which still needs fuel from what he hopes is a common-sense citizenry.

"I think what he’s trying to do on the policy end, is strike some sort of middle ground," Robinson said, "by keeping as many people sheltered in place as possible while letting our economy function to some degree."

Meantime in the city of Atlanta, residents found themselves bound by a stay-at-home order issued Tuesday by Mayor Keisha Lance Bottoms -- one much more restrictive than the one issued by the governor.

Yet Mayor Bottoms’ order still allows use of the Atlanta BeltLine, which was a busy place on Tuesday. It also exempts the city's parks and takeout orders at struggling restaurants across Atlanta.

Robinson says civic leaders have to issue emergency orders that people are willing to actually follow.

"That’s something I don’t think anybody’s thinking about," Robinson said.  "If you tell people they can’t leave and you don’t enforce that -- or if you do enforce that -- there’s going to be repercussions that we might not be able to imagine right now."

When he issued his order on Monday, Kemp urged Georgians to call out violators of social distancing and other guidelines.  Robinson says that’s a measured approach.

"The governor is taking action. He is telling us what to do," Robinson said. "He’s just saying he’s not going to put National Guard troops in the street."

11Alive is focusing our news coverage on the facts and not the fear around the virus.  We want to keep you informed about the latest developments while ensuring that we deliver confirmed, factual information.

We will track the most important coronavirus elements relating to Georgia on this page. Refresh often for new information.

VERIFY: CDC, WHO do not recommend homemade masks

Former Georgia Bulldog weighs in on the 2020 Olympics postponement