Law enforcement confiscating money and property without evidence of a crime 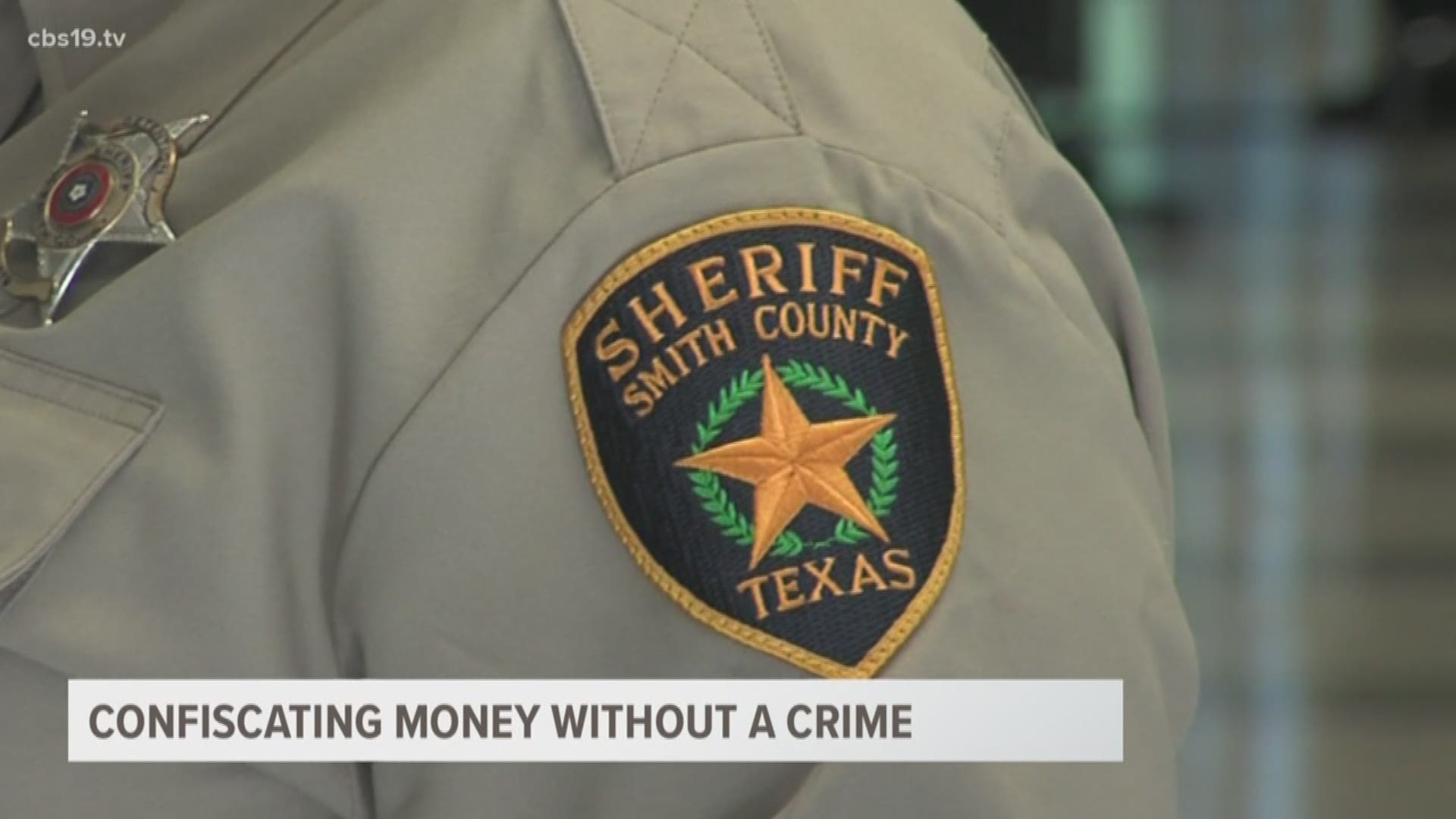 SMITH COUNTY, Texas — Civil asset forfeiture is when property or money can be taken by law enforcement without a criminal charge if they believe the item was obtained in an illegal way. To get the property back you would need to attend civil court to prove your property was obtained legally.

In Smith County, this method to seize property or money is primarily used in narcotic cases when large amounts of cash are found with someone who police believe they obtained it illegally.

"We don't take people's property unless we've done our due diligence and know and have done a complete investigation as by how and what means they've acquired that property, that vehicle or that currency," Smith County Sheriff Larry Smith said.

For example, if you are pulled over for speeding and you have thousands of dollars in cash on you and cannot provide police a good reason as to why you have a large amount of cash, the police may decide to take it.

"We noticed about twenty percent of cases didn't have related criminal charges and forty percent didn't have convictions and in Smith County, almost all of them had convictions," The Texas Tribune reporter Jolie McCullough said.

Once the money is confiscated, it is rarely ever claimed. Which allows law enforcement to use that money for their departments.

"I have purchased every vehicle that is driven by narcotics officers with civil asset forfeiture funds," Sheriff Smith said.

Smith says just the vehicles alone cost $150,000 and that does not include any other equipment bought such as drones.

"Any burden I can relieve from the taxpayer by using civil asset forfeiture we are going to do it, within reason," Sheriff Smith said.

When money is taken from one of these cases 27% goes to the DA's office, around 5% goes to the county and the rest is given to the department's involvement in the seizure.

The cash seized does not have to be a large amount, according to The Texas Tribune more than two-thirds of cash seizures were under $5,000.