This is a developing story and CBS19 will continue to update this article as more information is released. 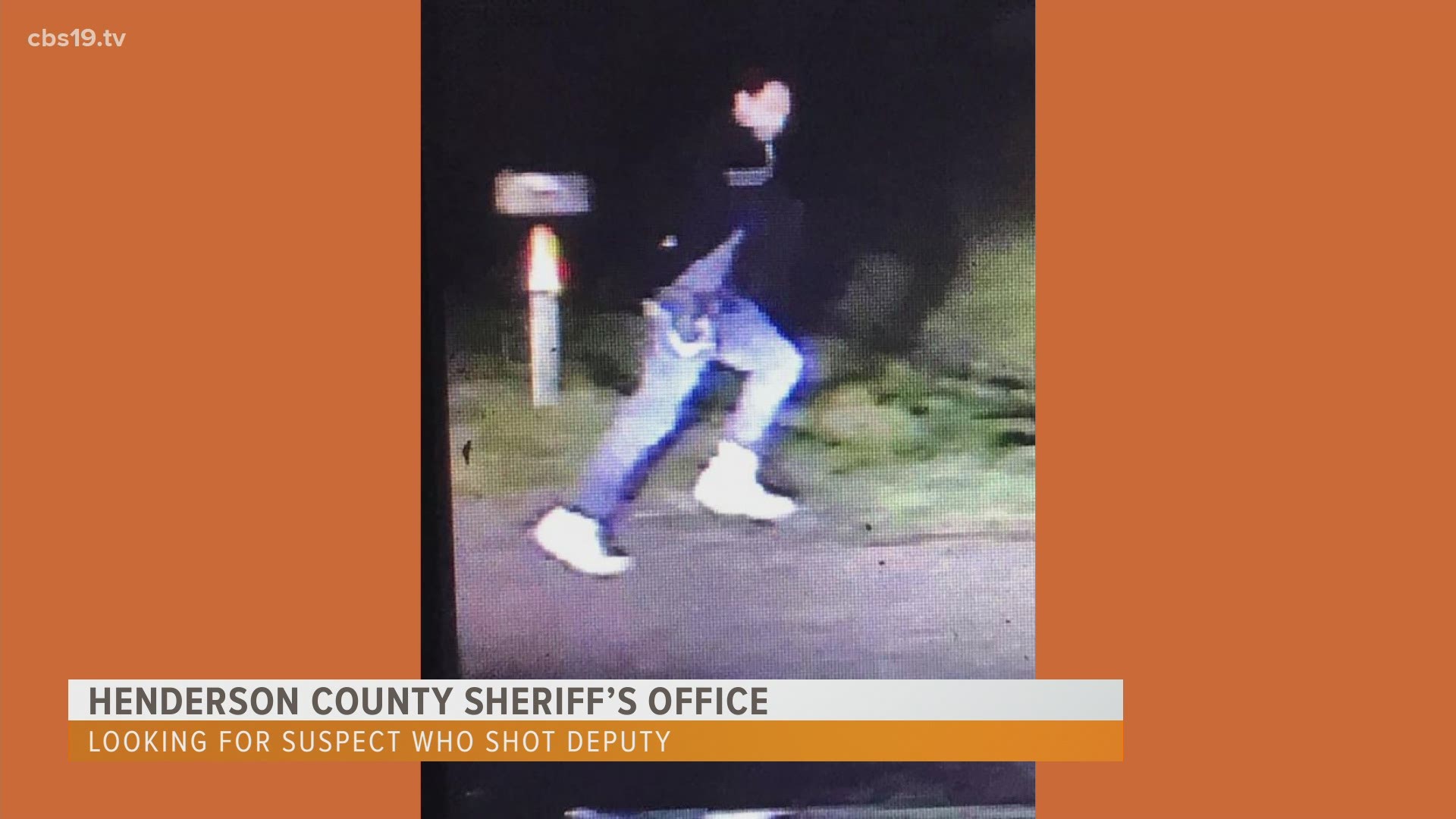 HENDERSON COUNTY, Texas — A man is behind bars after officials say he shot a Henderson County deputy.

The Henderson County Sheriff's Office says Jack Cody Raburn, 40, was captured on top of a residential rooftop with a shotgun and a handgun.

Sheriff Botie Hillhouse says the deputy was shot once in the foot and once in the leg. He was treated and released from a hospital in Tyler. He's expected to make a full recovery.

Raburn was initially stopped for a traffic violation, according to Hillhouse.

"He sped off in his vehicle as the deputy approached," Hillhouse said. "The suspect rammed the patrol vehicle and sped off again. The suspect vehicle ended up in the ditch on Highway 175 in Eustace."

The Texas Department of Criminal Justice K-9 unit arrived and tracked the Raburn to a residence just outside of Eustace. At that time it was learned he stole a vehicle at that residence, Hillhouse reported.

Deputies finally located Raburn at his home, just outside Gun Barrel City. He was on his roof and was taken into custody.