According to the TPD, the shooting occurred just before 3 p.m. in the 2202 West Northwest Loop 323 in Tyler. 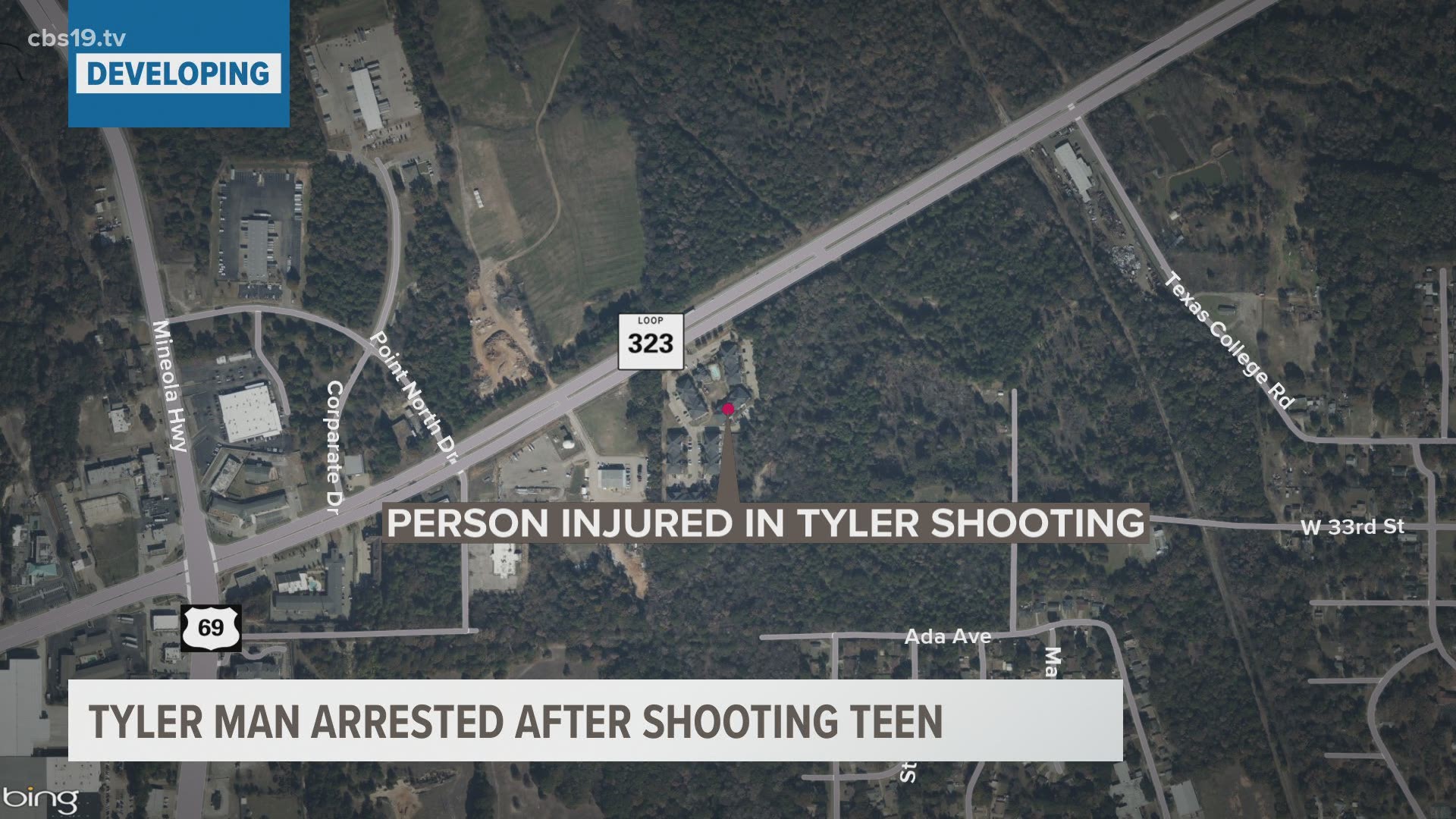 TYLER, Texas — An arrest has been made in connection with a Monday afternoon shooting in Tyler.

According to the TPD, the shooting occurred just before 3 p.m. at 2202 West Northwest Loop 323 in Tyler. That address is listed as the Town Parc at Tyler apartment complex.

Police say they determined Christopher Lynch III, 17, of Tyler, and a juvenile were involved in a fight with several people. The TPD reports it was at this time, Dejuan Anthony Henley, 23, of Tyler, shot Lynch numerous times. Police say he also shot the juvenile in the leg.

Lynch was taken to TFD Fire Station 1 by private vehicle and then to a Tyler hospital for surgery. He is stable at this time.

Henley was arrested and booked into the Smith County Jail for two counts of aggravated assault with a deadly weapon. His bond was set at $200,000.

The investigation is ongoing and further arrests are pending.