1-ON-1: Jeff Traylor talks with CBS19 on first win as NCAA head football coach; looks ahead to game vs. SFA

UTSA will host Stephen F. Austin at the Alamodome on Saturday, Sept. 18, at 2 p.m. 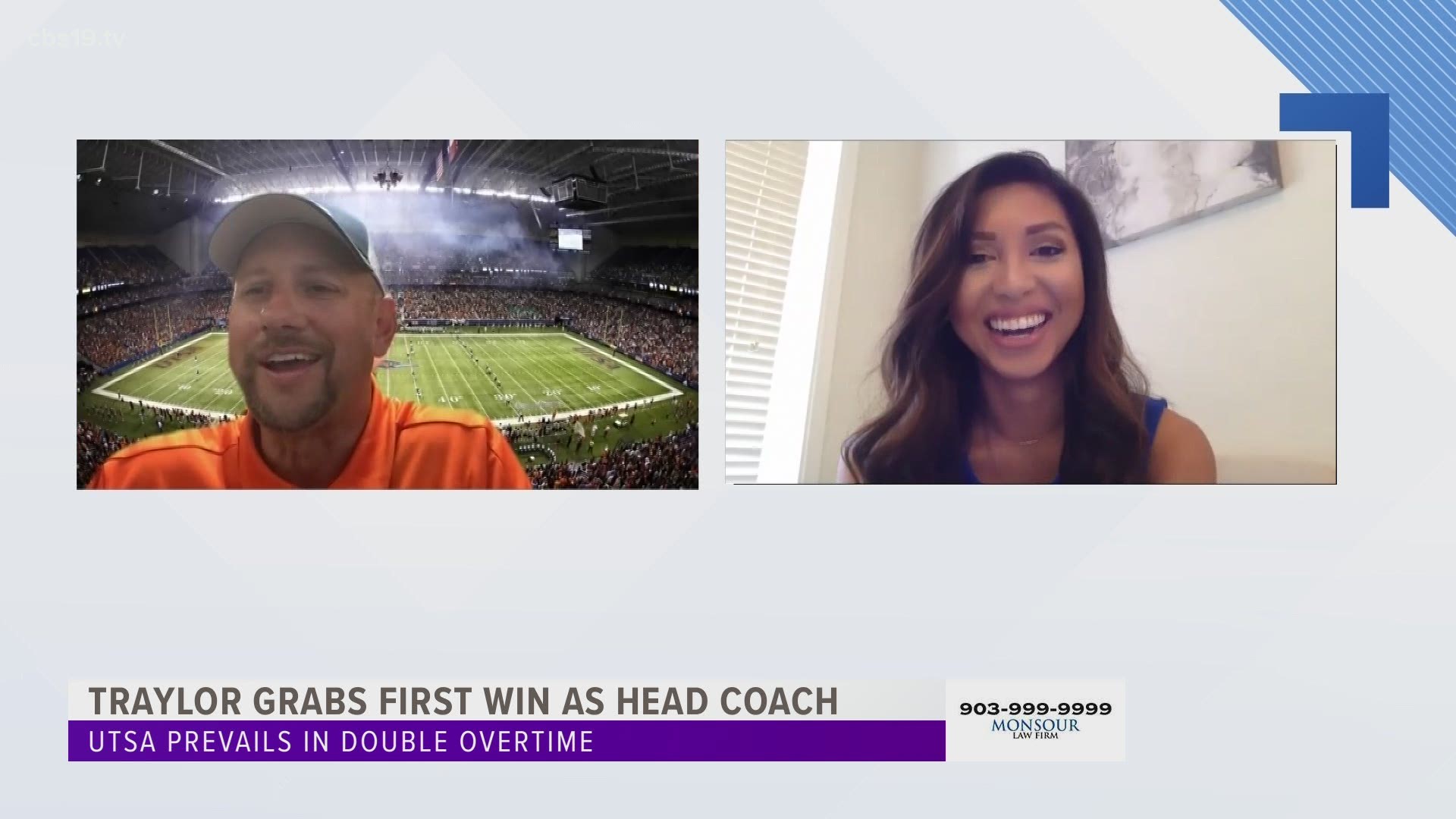 SAN ANTONIO — Jeff Traylor made his mark as a high school coaching legend by leading the Gilmer Buckeyes to the UIL state championships five times, winning three of those.

He now looks to leave a legacy in the college football world. And on Saturday, he got off to a good start as the University of Texas at San Antonio (UTSA) kicked off their 10th season of football by taking down Texas State 51-48 in double-overtime.

RELATED: Jeff Traylor: 'There's no better time to be a leader than right now'

UTSA started their football program from scratch and, following a practice season in 2010, played their first season as an FCS Independent in 2011 before joining the Western Athletic Conference for the 2012 campaign. UTSA moved into its current league home — Conference USA — in 2013 and became a full-fledged FBS member starting with the 2014 season. The Roadrunners set NCAA modern startup program records in 2011 by drawing 56,743 fans to their inaugural game against Northeastern State and by averaging 35,521 fans for their six home contests that season. UTSA made its first postseason appearance at the 2016 New Mexico Bowl in its sixth season of play and registered its first win against a team from a Power 5 conference the following season with a 17-10 victory over Baylor.

CBS19 Sports spoke with Traylor about his first win and why that victory was so meaningful. To watch the interview, click on the video above.

UTSA will host Stephen F. Austin State University (SFA) at the Alamodome on Saturday, Sept. 18, at 2 p.m. Traylor played at and received his degrees from SFA.