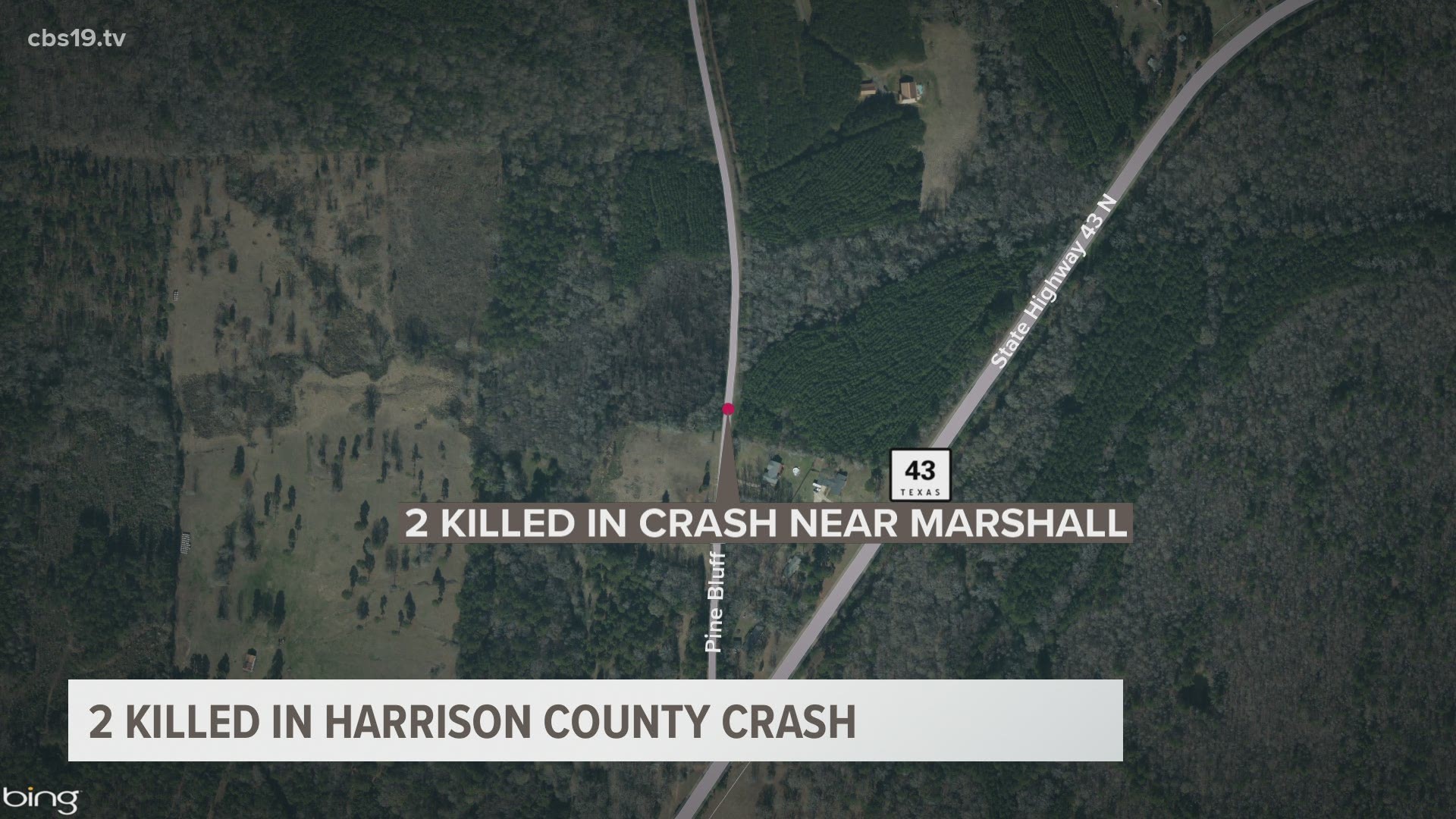 According to the Texas Department of Public Safety, around 2 p.m., troopers responded to a crash on Pine Bluff Road, approximately four miles northeast of Marshall.

The preliminary crash report indicates the driver of a car, identified as Garland Bernard Hill, 19, of Irving, was traveling south bound on Pine Bluff Rd. and was unable to navigate a curve in the roadway. The vehicle went off the road and struck a tree.

Hill was pronounced dead at the scene and his body was taken to a Marshall funeral home.

A passenger in the vehicle, identified as Kenny Ray Gaut, 52, of Marshall, was also pronounced dead.