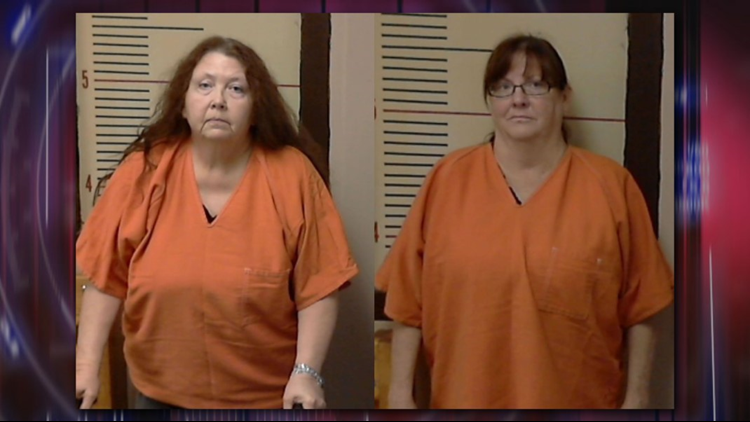 Photo by: SPCA of Texas

Two East Texas women were sentenced on Thursday for cruelty to non-livestock animals.

According to the Van Zandt County District Attorney's Office, Vicky Patrick and Darlene Broseh, of Canton, will serve 71 days behind bars and pay a $4,000 fine each after being found guilty of the crime.

Officials say the women were charged after the SPCA removed 71 animals from their single-wide trailer in March 2018. Of the 71 dogs removed, 11 were dead. The deceased animals were found individually wrapped in plastic bags in a kitchen freezer, the SPCA of Texas said.

The Van Zandt County District Attorney's Office says, at the time of their arrest, the pair was selling the dogs at Canton First Monday Trade Days. All large-scale animal breeders in Texas are required by law to be licensed and inspected on a regular basis. Further investigation found women were not properly licensed, according to the SPCA of Texas.

The duo had previously been charged with cruelly confining the animals.

During the trial, evidence showed the dogs were surrounded by filth in cages too small for their sizes.

At the time of their arrest, the SPCA revealed more about the conditions of the animals that were seized.

"Many of the dogs and puppies were found living in feces-filled wire crates with no access to food or water," a statement said. "In one room, several nursing mothers with litters of puppies were found confined in small, plastic and wire crates in a closet. Other dogs roamed the urine-soaked, feces-filled house with little to no access food or water."

The sentences were handed down by Judge Joshua Wintters.