Despite being diagnosed with a developmental disorder, Blake Barney is having a positive impact on her community. 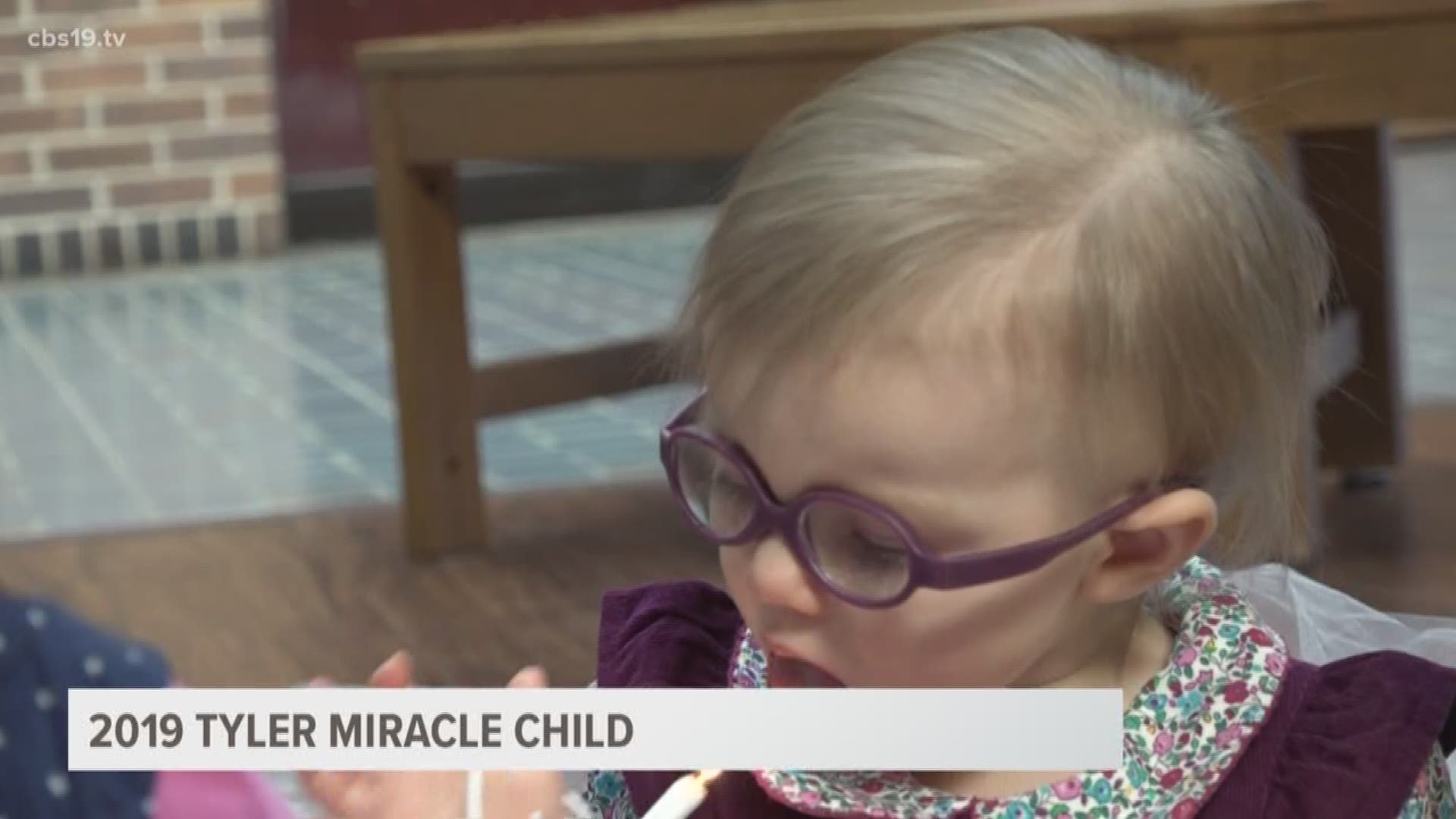 TYLER — The 2019 Miracle Child was revealed at the Rose Garden Tuesday.

One-year-old Blake Barney is still a small baby, but she has plenty of personality.

"When we hear her laugh, we're like, 'Ah man, did you hear that?' Or we get jealous of the other other person getting the laugh," Blake's mother Siobhan Barney said.

During Barney's pregnancy, everything appeared fine. However, Blake did not cry during her birth, concerning her doctors and parents.

Months later, Blake was diagnosed with EBF3-HADDS, a developmental disordered discovered in 2016. Among the symptoms are impaired coordination, weakness of the eye muscles and speech delay.

There are about 100 known cases of the disorder and no known cure.

Despite her disorder, Blake is an inspiration to her family and those in her community.

"I hope she's proud," Siobhan Barney said. "I hope she's so proud of herself for having such an impact on so many people at such a young age.”

Though doctors say Blake's disorder carries long term effects, her family says she will continue to impact people with her courage and vibrant personality.