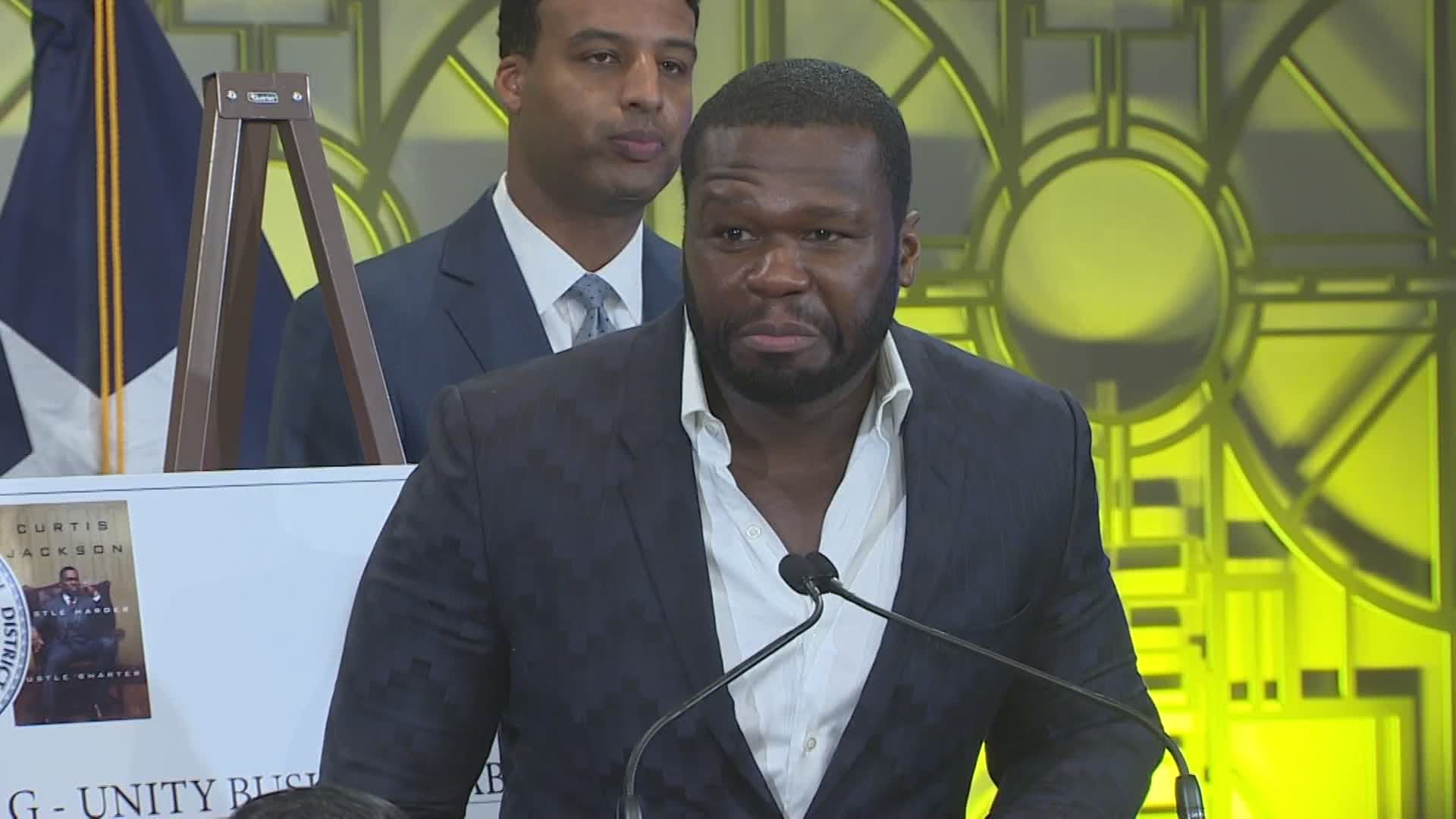 HOUSTON — Houston has welcomed music icon 50 Cent with open arms, and now the accomplished rapper and businessman is returning the love with plans for more financial investments.

According to Mayor Sylvester Turner, the rapper's charity organization G Unity Foundation and Houston United Group have partnered to found an advanced business program for students at three HISD schools.

"Over the past 20 years, I've been focused on academic enrichment projects and making donations to already exciting organizations that can execute it," said 50 Cent, whose real name is Curtis Jackson.

"Following COVID, providing the opportunities and tools for people to make their path easier in entrepreneurship, it’s exciting to be a part of that. And a great way to start things in Houston. It’s three schools now, but it’s going be a lot more. Watch me."

G Unity Labs, which the mayor said provide resources and MBA level instruction, will be placed at Worthing, Wheatley ad Kashmere high schools. During the labs, these high school scholars will learn the ins out and outs of running a business, including creating a business plan.

"A quality education is the best we can give young people to help them succeed in the classroom and their future professional carreers," Turner said.

The mayor hinted that Jackson's moving announcement came earlier than expected. Turner, Congresswoman Sheila Jackson Lee and other local leaders had been encouraging 50 Cent to relocate from New York City for quite some time.

Last December, Jackson came to Houston and donated thousands of dollars in electronics and Christmas toys for children living in underserved communities at the Toyota Center.

"[50 Cent] is interested in investing in this city, creating jobs and supporting young people," Turner said. "In a short amount of time, [he] has made his presence known in Houston."

RELATED: We can't stop laughing at these 50 Cent in Houston memes