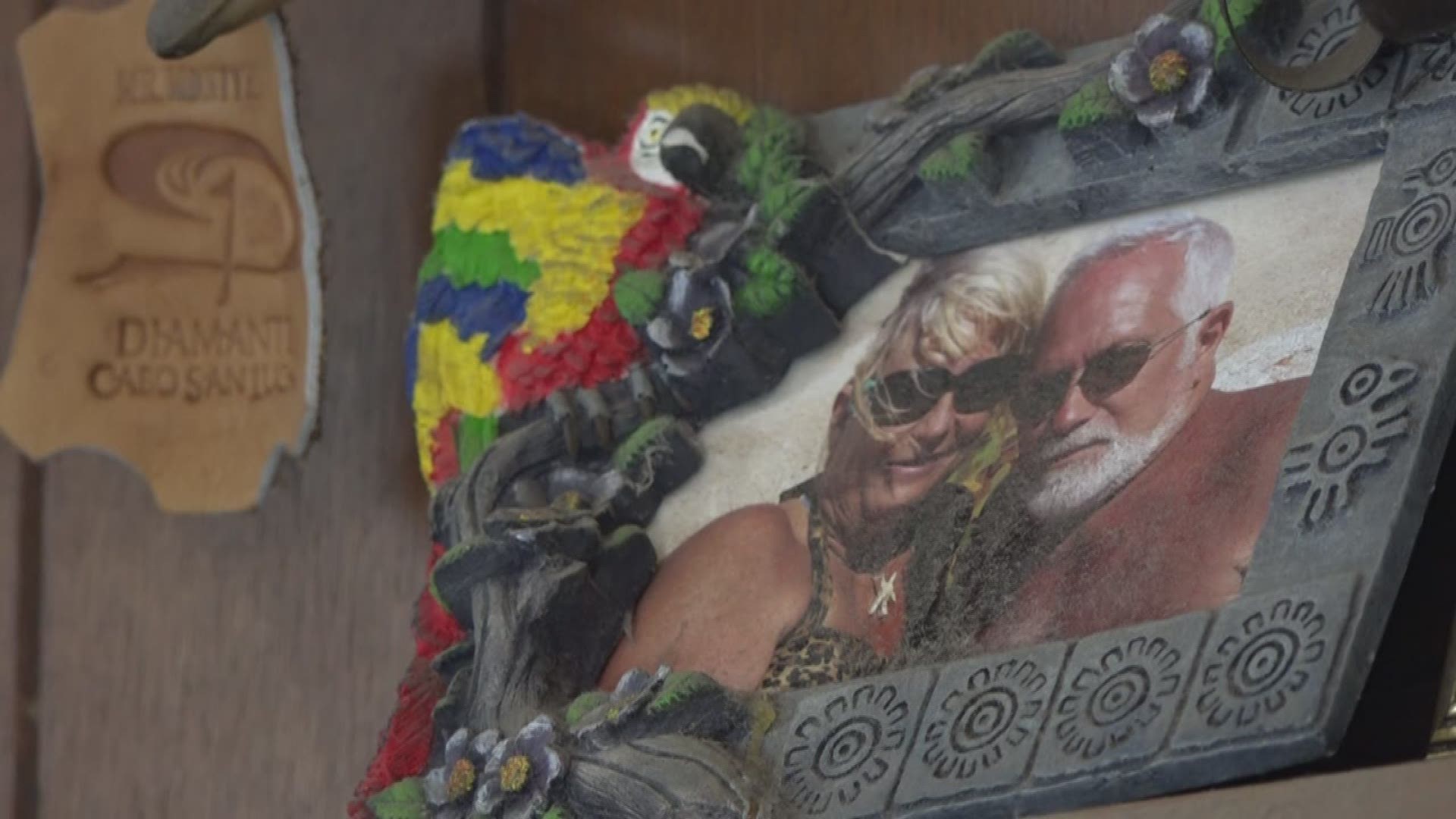 canton — A Canton couple is devastated after the April tornado left their property in shambles. It's not the clean-up they said they're upset about, it's the trip they canceled in celebration of their 50th wedding anniversary.

Mike and Cheryl McIntyre planned the trip of a lifetime. The two planned to leave for Cabo San Lucas from DFW Airport Thursday morning.

"As you can tell, we're not in Cabo," said Mike McIntyre as he walked CBS19 around his property, laced with blue tarp and debris.

He and his wife, Cheryl, missed the tornado by five minutes.

The two heard over the radio the tornado was in Eustace, and that's when they ran to the storm cellar.

"Rained and hailed first. Then got quiet. Then noise started and all the trees started falling," Cheryl said, describing what she remembered from those few minutes.

While the outside of their home needs repair, there is no visible damage inside. The two are without electricity and water until early next week.

Instead of cocktails on the beach, the couple is settling for bottled water and meals out of Styrofoam boxes.

Finding the silver lining, the two said it's amazing how much help they've received - without asking.

"Right now, you can hear the tractors going, chainsaws running.," Mike said. "These are total strangers."

Volunteers from California to Alabama helped out to clean up the mess from the EF-4 tornado.

"Total strangers working as hard as they're working, and will not take a penny for it. That's amazing," Mike said.

While they're 50th anniversary did not go according to plan, the couple said spending it together in good health is a blessing.

Mike and Cheryl McIntyre said they were able to get a majority of their trip refunded. They said they received a full refund on both car rental and hotel fares, and a partial refund on their flight.