The poll was conducted by The University of Texas at Tyler and the Dallas Morning News. 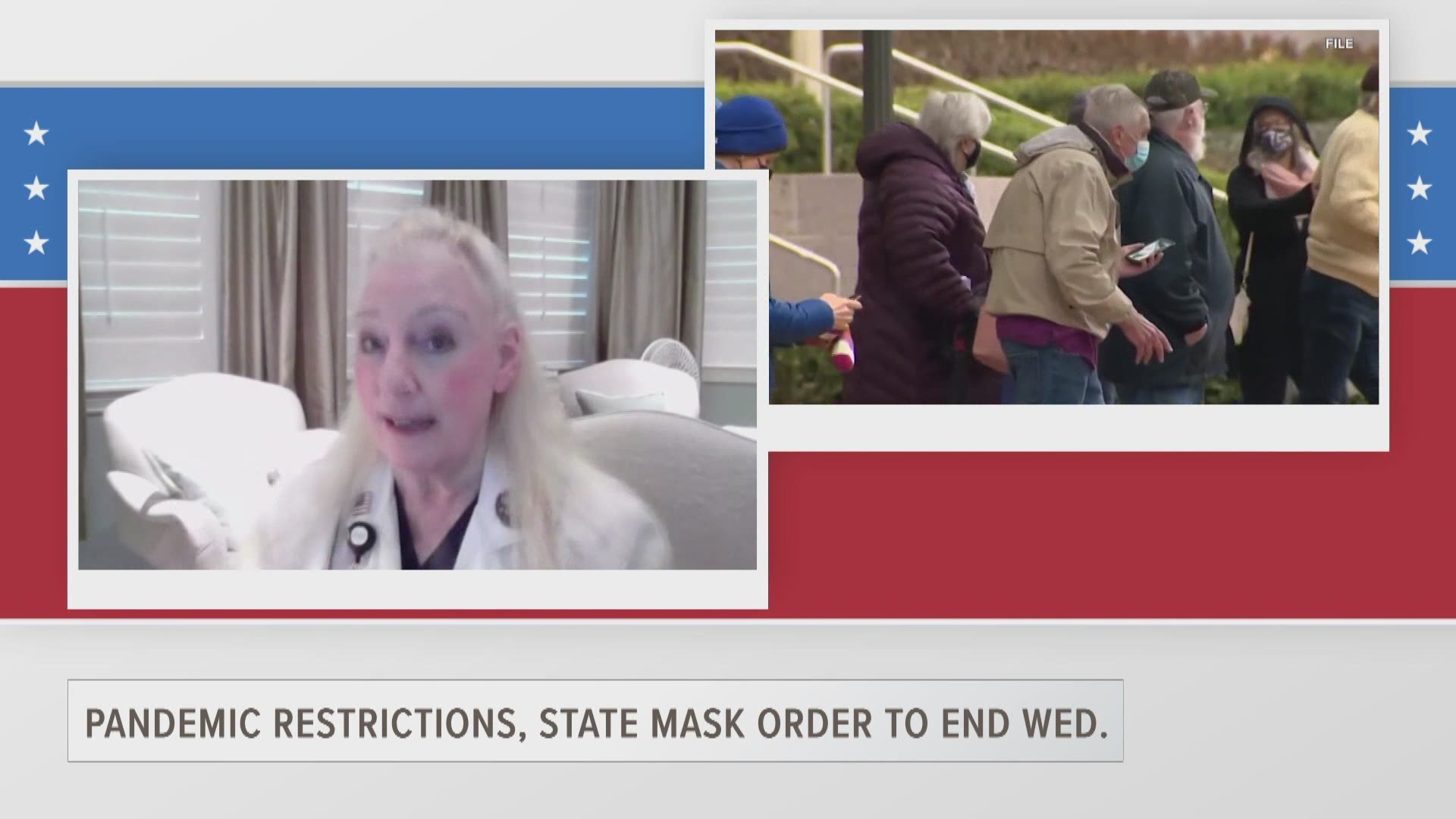 TYLER, Texas — Immediately following the recent winter storm and prior to Gov. Greg Abbott’s latest executive order, The University of Texas at Tyler and The Dallas Morning News conducted a poll of Texas voters to examine how the public’s responds to the coronavirus pandemic after one year.

Respondents were polled before the March 3 executive order to end the statewide mandatory mask mandate. At the time of the poll, 92% of respondents had worn a mask in the past seven days.

“We asked a follow up question of why people wear a mask and found 8% of all respondents listed the statewide mandate as the only reason they wore a mask recently,” said Mark Owens, PhD, UT Tyler assistant professor of political science, who directed the poll. If businesses continue to require patrons to wear masks indoors, more people are likely to continue this practice, according to the poll results. “The public’s attitude toward wearing a mask strongly suggests that masks are not going away, as 78% said that they wear a mask for personal reasons,” Owens said.

“Polling in the last year shows 78% of the state was willing to take the vaccine in April 2020, but as we waited for the vaccines to be approved, there was a linear decline to 67% in July 57% in September and 49% in October. Now, 57% are almost certain they will get the vaccine,” Owens said.

Results indicate the public has clear preferences on whether they prefer to get the vaccine at the first available opportunity or wait until it’s available from their physician or pharmacy. Thirty-three percent of the respondents who intend to be vaccinated will look for the first available location to sign up for an appointment.

Another 14% would prefer a local distribution hub.

At the time of the poll, registered Texas voters held a 52% approval rating for Abbott. His approval has remained steady after the public rallied in April 2020, giving him a 61% approval rating (54% in July, September and October).

The public’s approval stems from two events – the pandemic and the recent winter storm.

At the beginning of March 2021, 53% of Texans trusted Abbott to keep their community safe from the pandemic, and 53% of Texans believe Abbott did very well or well in responding to the power and water outages during February’s winter storm.

“In many ways, Texas’ electorate is changing. There are still racial divisions, with whites mostly Republican, African-Americans mostly Democratic, and Hispanics more evenly divided but leaning to the Democrats. Despite the Democratic sweep of the national elections, Texas continues to be a mostly Republican, conservative state,” said Ken Wink, PhD, associate dean of the College of Arts and Sciences and professor of public administration.