A community raising money to replace an elderly couple's roof

Doris and Clyde Hervey have lived in their home for more than 40 years. Due to medical issues they are unable to repair their leaking roof. The Empowerment CDC and community members are helping out. 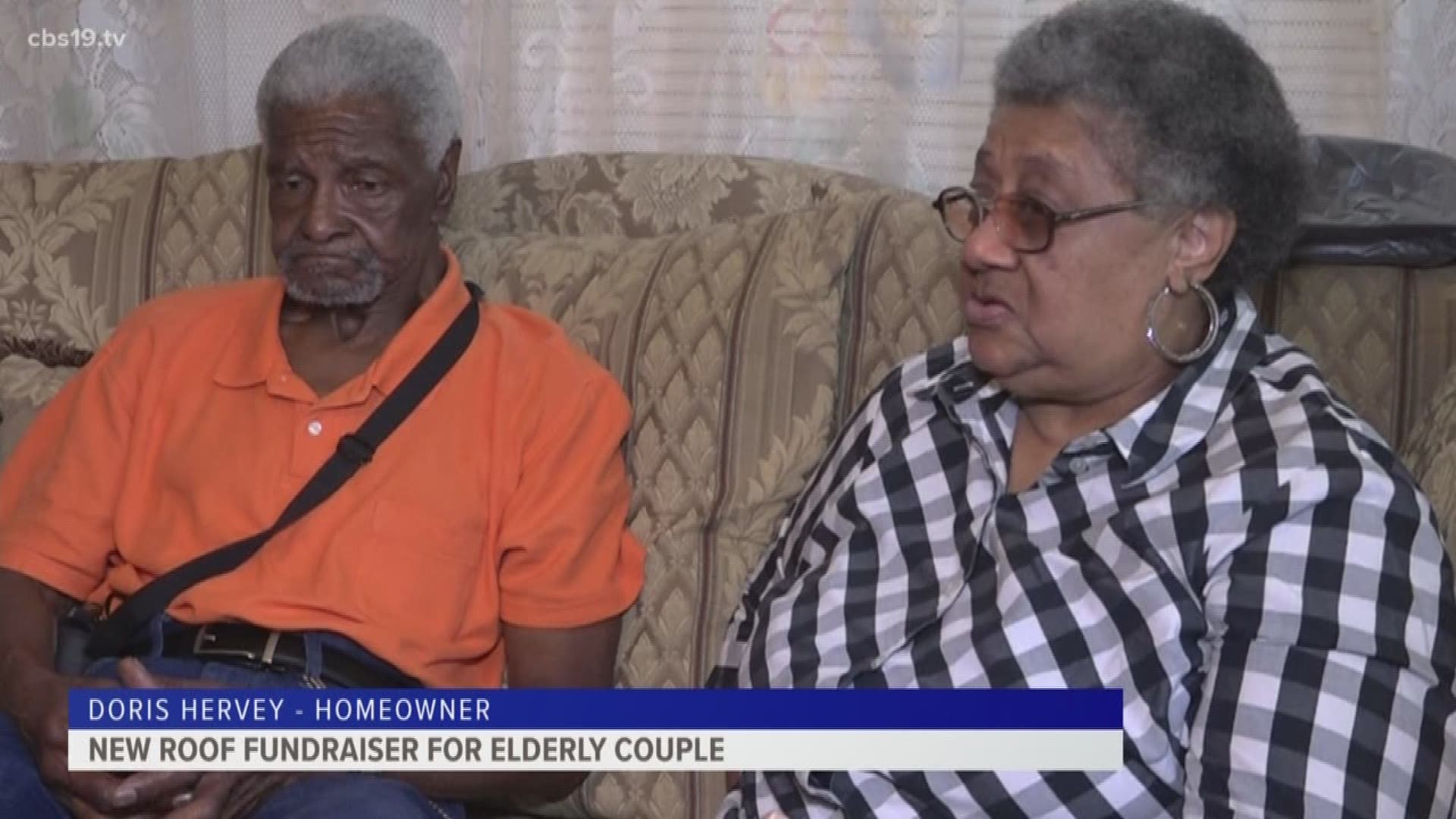 MINEOLA, Texas — An elderly couple who has spent their lives helping others is receiving help to replace their roof, which has been leaking for years.

Doris and Clyde Hervey have lived in their home for more than 40 years. Through all the severe weather and storms they have encountered. They have made many repairs to the home and roof. However, due to medical issues they have been unable to keep up.

Doris and Clyde Hervey say John DuBose is a man who joined their church more than a year ago. The three of them have become so close DuBose calls Doris, Mom.

"We need to see what we can do about put a roof on the Herveys' house because they do so much," DuBose said. "Everything they get they put out before themselves."

DuBose says the couple used their retirement to pay all the bills at the church and helping others. Now, they are the ones in desperate need.

The Herveys say the the leaking roof started about two or three years ago.

DuBose owns J.P. Enterprise doing work as a handyman and some remodeling. He spoke with some of his friends who do similar work about getting the Herveys a new roof at cost.

The news about the Herveys then spread across social media.

"I ran across a friend of mine Andrae Loggins on Facebook," Cofer said. "He was talking about elderly couple that needed a roof replaced."

Cofer is the president of the Empowerment Community Development Corporation. He believes this cause was the one for his non-profit to take on.

Once the money has been raised they will get to work.