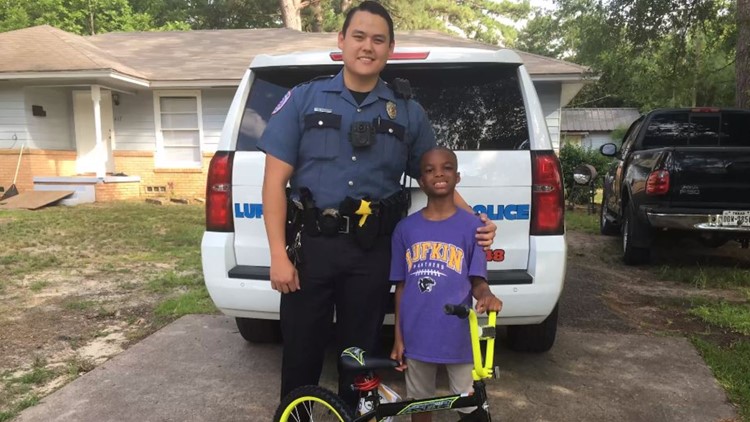 Just as school was set to let out, someone stole the 8-year-old boy's bike, the worst nightmare for any kid ahead of summer.

Officer Hunter Smith with the Lufkin Police Department responded to the stolen bike incident. While taking the report, he learned it would take awhile before the family could buy Jakedrick a new bike.

Officer Smith believes no kid should go without a bike during the summer, especially if it was stolen. Smith decided to help.

He reached out to the Lufkin Police Association and LPD Cares who provided Jakedrick with a brand new bike.

Thanks to the selfless actions of Officer Hunter Smith going above and beyond the call of duty, Jakedrick's summer was saved.