After years in the making, Texas African American Museum opens doors in Tyler 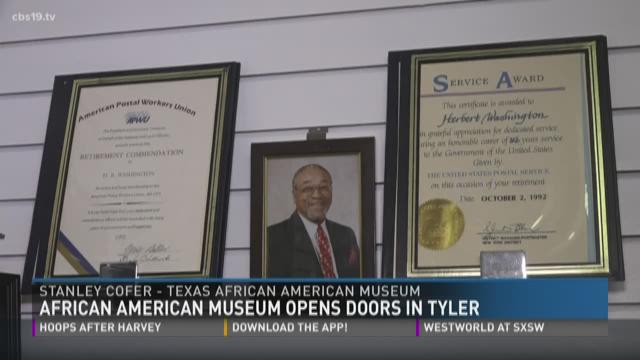 It's been around for years but in an online capacity, the Texas African American Museum opened the doors to it's temporary location just weeks ago inside of the Unique Shopping mall in Tyler at 2822 W Erwin St.

For two and a half years, people with the Empowerment Community Development Corporation have been researching and looking for stories to share of inspiration.

The president of the corporation that started the museum wants to share these stories and inspire others.

"There are so many stories that just in Tyler or in East Texas that hasn't been told," Stanley Cofer said.

The museum is used to tell stories of people in Texas as well as across the nation.

Cofer says some of the things they've found in research have been enlightening.

"We found out that Arthur Dooley Wilson, that played Sam on the movie Casablanca, he was from Tyler."

So was Carl Gardiner. He founded the musical group the Coasters.

Not to mention other people that contributed to this country that people might not have heard of.

"We have Garrett Morgan. He was instrumental in the traffic light," Museum Curator, Gloria Washington said.

If there is a piece of African American history that you know of, or a story you would like to share, you can e-mail the museum at texasevents365@gmail.com