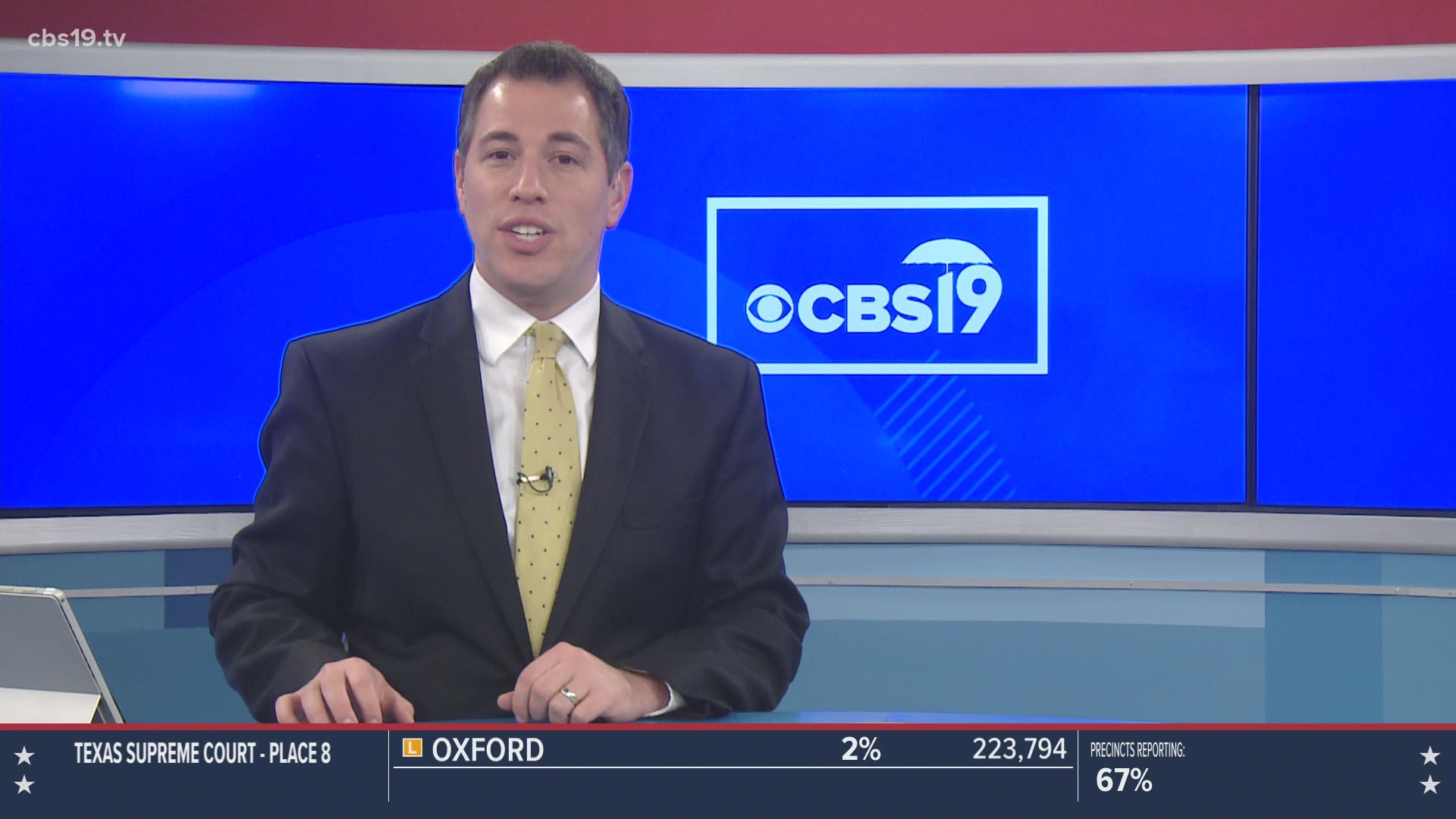 Prior to being elected to serve in Congress, Gohmert was elected to three terms as a District Judge in Smith County. He was later appointed by former Texas Governor Rick Perry to a term as the Chief Justice for the 12th Court of Appeals.

Gohmert received his undergraduate degree from Texas A&M University where he acquired a four-year active duty commitment to the U.S. Army from an Army scholarship. He was Brigade Commander in the Corps while also serving as class president for both the Corps and civilian students. He later graduated from the Baylor School of Law where he was also class president and president of the Moot Court Society.

Gohmert has made headlines multiple times throughout his congressional career.

On July 26, a downtown Tyler protest was met with a counter-protest that led to fights.

Gilbert, Gohmert’s opponent, scheduled a #ProtestPortland rally to be held on the square in the heart of the Rose City to address what Gilbert called "the unconstitutional use of federal law enforcement in Portland (Oregon) by President Trump."

The protest came to a halt after ended when a counter-protester allegedly attacked Gilbert's campaign manager, Ryan Miller, and others in the crowd.

Miller says five men got violent with him and even stole his phone. He believes the initial fighting began after someone called a woman in the crowd derogatory names. He says tensions were high and when he took his phone out to film a Facebook Live, a man grabbed his phone.

"I couldn't tell you why five men circled me and started punching me," Miller said. "I was just trying to set up a Facebook Live for the campaign event."

Miller believes the initial fighting began after someone called a woman in the crowd derogatory names.

"As soon as I turned around and made eye contact with one of my friends and I told him I need help," he said. "At that point I got a punch right here and I got messed up right here. I got a scar right here."

On July 27, Gohmert denied having any connection to a counter-protest or the fight that ensued and injured Miller.

On July 29, he announced he had tested positive for COVID-19.

"I'm feeling quite well, that's why I was so surprised when the test came back positive," Gohmert said at the time of his diagnosis.

Prior to contracting the coronavirus, Gohmert had refused to wear a mask as advised by the Centers for Disease Control and Prevention (CDC).

During an interview in June with CNN, when asked why he didn't wear a mask, Gohmert responded, "I don't have the coronavirus, turns out as of yesterday I've never had it. But if I get it, you'll never see me without a mask."

Following his diagnosis, in an interview with Fox News host Sean Hannity, Gohmert said he would hydroxychloroquine to treat his COVID-19.

"My doctor and I are all in," Gohmert told Hannity. "And I got a text just before I came on from a dear friend, [a] doctor, who just found out he had it, and he said he started an HCQ [hydroxychloroquine] regimen, too. So, zinc, erythromycin, and hydroxychloroquine, and that will start just in the next day or two."

The Food and Drug Administration (FDA) cautions against the use of hydroxychloroquine or chloroquine for COVID-19 outside of the hospital setting or a clinical trial due to the risk of heart rhythm problems.

Pelosi said all members would be required to wear a mask and one will be provided if they forget. She said failure to wear a mask is a “serious breach of decorum” and members could be removed from the chamber if they aren’t wearing one. They will be able to temporarily remove them while speaking, however.

After recovering from COVID-19 diagnosis, Gohmert donated his blood plasma, which can be used to treat people still fighting the virus.

#BREAKING: The @AP has declared @replouiegohmert has won a 9th term as U.S Representative for District 1. #Election2020 #Vote #CBS19Votes pic.twitter.com/C4g7Z8NNno