Vallery Salinas said the family jumped out of the window and landed on the roof of a carport. 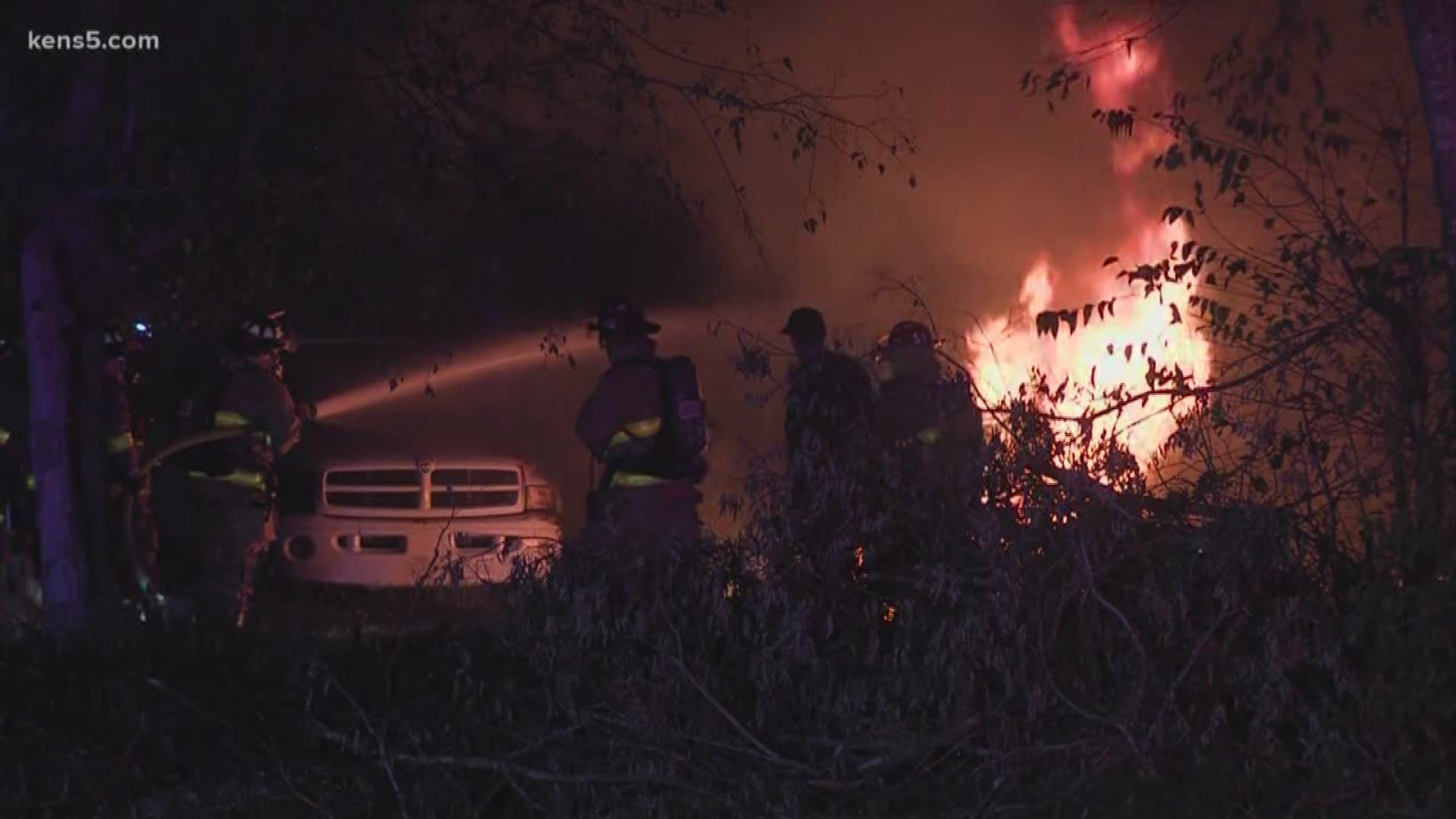 SAN ANTONIO — A family of four was forced to jump from the second story of their burning home early Sunday morning.

The flames started at a home in the 200 block of Esma Street on the southeast side.

Vallery Salinas is thankful she made it out alive with her two sons and boyfriend. All four were forced to jump off the second floor to escape.

Salinas said it was in the middle of the night when she woke up.

"I don't know what got me up," she said. "Just feeling heat—like really hot."

She said everyone started to panic.

"They started screaming, and just coughing," she said. "Not being able to breathe."

She said the only way to escape was through a window, but it had an AC unit.

"My boyfriend just kept banging it and banging it," she said. "So it would come out."

Before the family jumped to safety, Salinas said they couldn't find her 8-year-old son.

"I kept calling him and he wouldn't respond," she said. "He wouldn't pop up, I guess until a minute or two after. I guess he was crawling his way to the window."

Salinas said the family jumped of the window and landed on the roof of a carport.

"And then we had to jump again," she said.

The mom has bandages with burns on both arms. Her two boys are still in the hospital as of Sunday evening, as is her boyfriend. They lost everything in the fire, and she said her 8-year-old was badly injured. But...

Arson investigators did not reveal what caused the fire. Damages are estimated at around $20,000.

OTHER POPULAR STORIES ON KENS5.COM: