Wright can be heard using the n-word nine times, allegedly referring to someone his girlfriend spoke to at a grocery store. 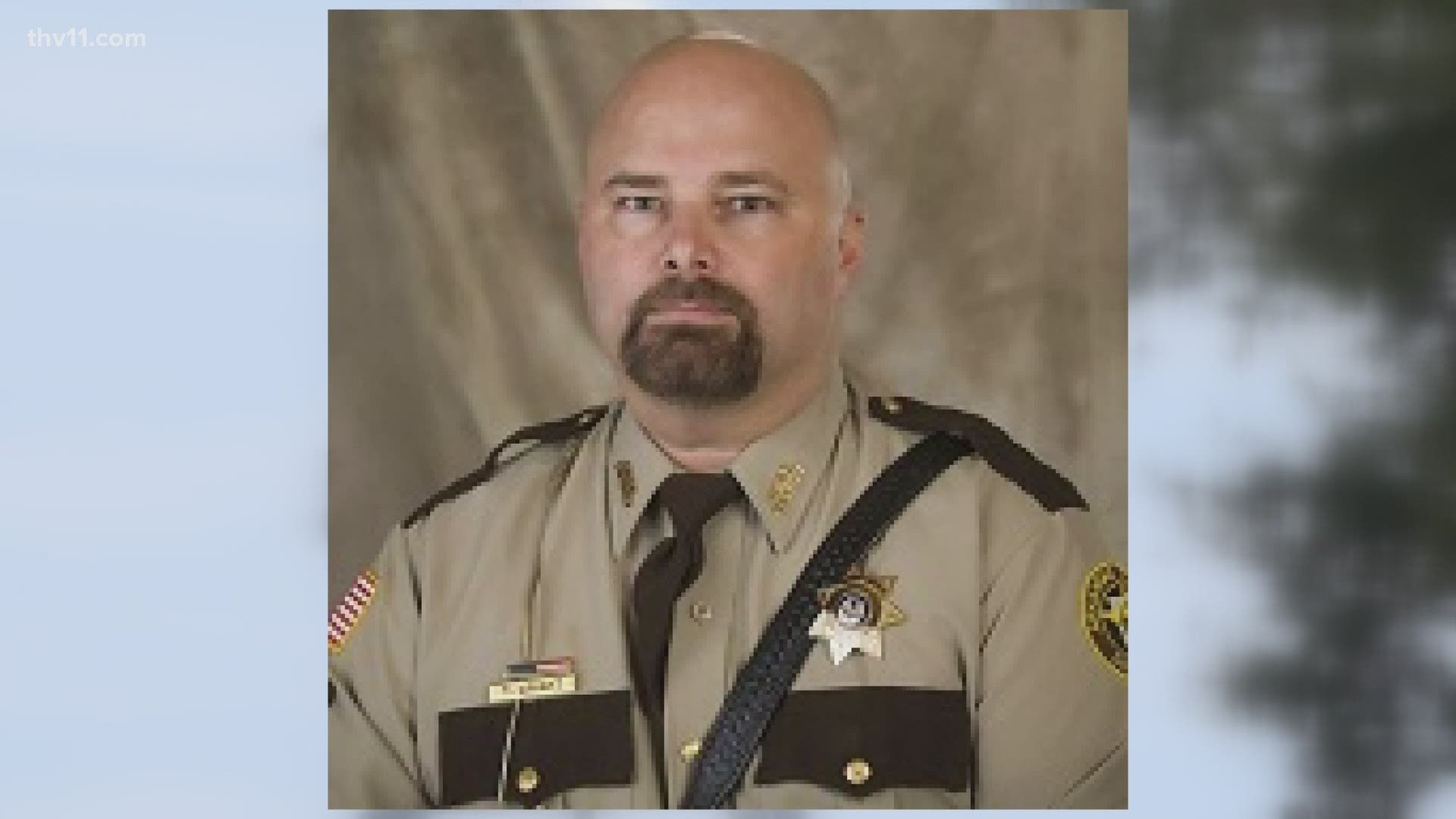 DEWITT, Ark — Arkansas County Sheriff Todd Wright resigned Friday after a recording of him using racial slurs made its rounds on social media.

The move came at a special meeting of the county quorum court and came on the day after a hurricane swept through the county, ending Wright's 26-year career with the department.

"When I heard, I was like, 'wow,'" said Consuela McKinzie, a mother and owner of a funeral home in DeWitt, who was among many who crowded around Court Square to call for action against Wright.

County Judge Eddie Best called the meeting on Thursday after the recording came to his attention. He said there have been signs of anger and aggression from Wright in the recent past, but the audio unsettled him.

"The magnitude of the audio, I was extremely shocked," Judge Best said.

The recording was five minutes long. Wright can be heard using the n-word nine times, while berating a female for speaking to a Black person at a grocery store.

In these tense times and on the day of the anniversary of the March on Washington, the recording quickly drew national attention.

"He said that he didn't mean it, but how do you not mean something when you continuously say it," said Jackie Diva, a representative from Black Lives Matter living in Arkansas who detoured from a planned trip to Washington to come to DeWitt and speak to the court.

Wright made a statement to the court, but after initially asking for a chance to "put his affairs in order," a local pastor convinced him to resign immediately. After about an hour, he turned over his badge and gun to a some applause in the gallery.

"I hate that, and I said early on we done this with a sadness and a heavy heart, but things had to be done," said Judge Best, who added he didn't think Wright's apparent racism permeated the sheriff's department.

Outside the courthouse, families of locally notorious unsolved cases expressed their frustration while warily wondering how much change Wright's resignation would bring.

Attorney General Leslie Rutledge responded to the news of Wright's resignation in a tweet, stating:

"The resignation of the sheriff from Arkansas County is appropriate. There’s no excuse for bigotry & hatred. Such discrimination in no way reflects our values as Americans, Arkansans & law enforcement officers."

The chief deputy of the department is in charge until the quorum court either appoints a replacement or calls a special election. They will meet Sept. 7.