More than three years after floodwaters from Hurricane Harvey led to explosions at the Arkema plant in Crosby, the long legal battle has ended in Arkema’s favor. 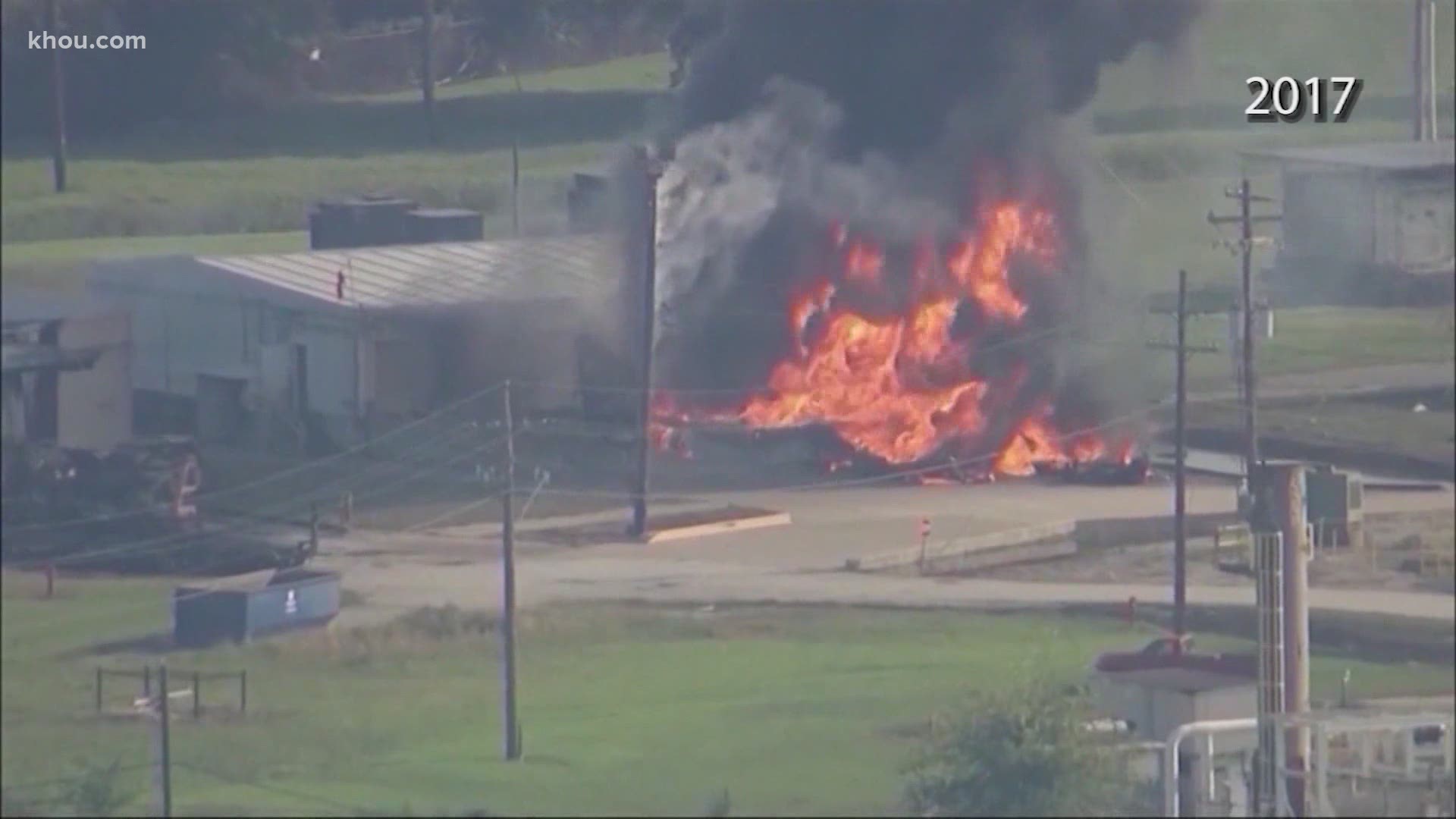 HOUSTON — A Harris County judge tossed the last two criminal charges against Arkema and two executives Thursday in a long-awaited trial delayed by the COVID-19 pandemic.

The decision ends a long legal drama that started when Hurricane Harvey inundated the Crosby plant in August of 2017, triggering a series of explosions. Water knocked out power to warehouses used to store hazardous organic peroxides, which need to be kept cold. When temperatures rose, the chemicals exploded and toxic fumes were released into the air.

But Arkema attorney Rusty Hardin and his legal team argued that Hurricane Harvey was an act of God that no one could have anticipated.

After months of delays, accusations of prosecutorial misconduct and several days of testimony, Judge Belinda Hill dismissed all three charges and issued directed verdicts of acquittal.

"The state’s incompetence in handling this criminal case put Arkema and three of its executives through three years of excruciating stress," Hardin said in a statement. "In my career, I have never seen such rampant prosecutorial misconduct and ignorance in handling a criminal case."

The judge had already dismissed assault charges against former VP of Logistics Mike Keough and Arkema, who were accused of assault after some first responders were injured when they responded to the scene.

“We are grateful that justice was served despite the smoke and mirrors conjured up by the prosecution,” Arkema spokeswoman Janet Smith said in a statement. “The facts of this case did not warrant any indictments, and we do not believe any indictment would have been granted but for the false information presented to the grand jury by prosecutors.”

This is what It looks like when the State of Texas brings charges that should have never been brought and the Judge pours the State out on ALL Defendants in the Arkema matter. Judge Hill rightfully found that there wasn’t even enough evidence to let the jury have the case! pic.twitter.com/055TR0gjbl

Prosecutors believe it should have been left up to the jury to decide.

"We trust Harris County juries to weigh the evidence and decide whether a crime was committed; it is disappointing and frustrating this jury will not get to render a decision," said Dan Schiller with the Harris County DA's Office. "Today’s ruling by a judge doesn’t change the fact that dangerous chemicals on Arkema property ignited and were belched in a cloud of toxic smoke over the surrounding communities, and a first responder there protecting people is now on a lung-transplant list.”

More than a dozen first responders were treated after inhaling fumes, according to reports. Some later sued Arkema and Harris County filed a separate lawsuit on their behalf. Liberty County also sued Arkema after a toxic cloud seeped into the air there.

Residents near the facility were forced to evacuate for nearly a week after the explosions.

The trial started last February but was delayed when Hill ruled the state had failed to disclose evidence that might be beneficial to the defense. The COVID-19 pandemic then put it on pause for another six months.