Person stuck on top of crane helped down by Austin responders

East Third Street near the I-35 frontage road was shut down as responders handled the situation. 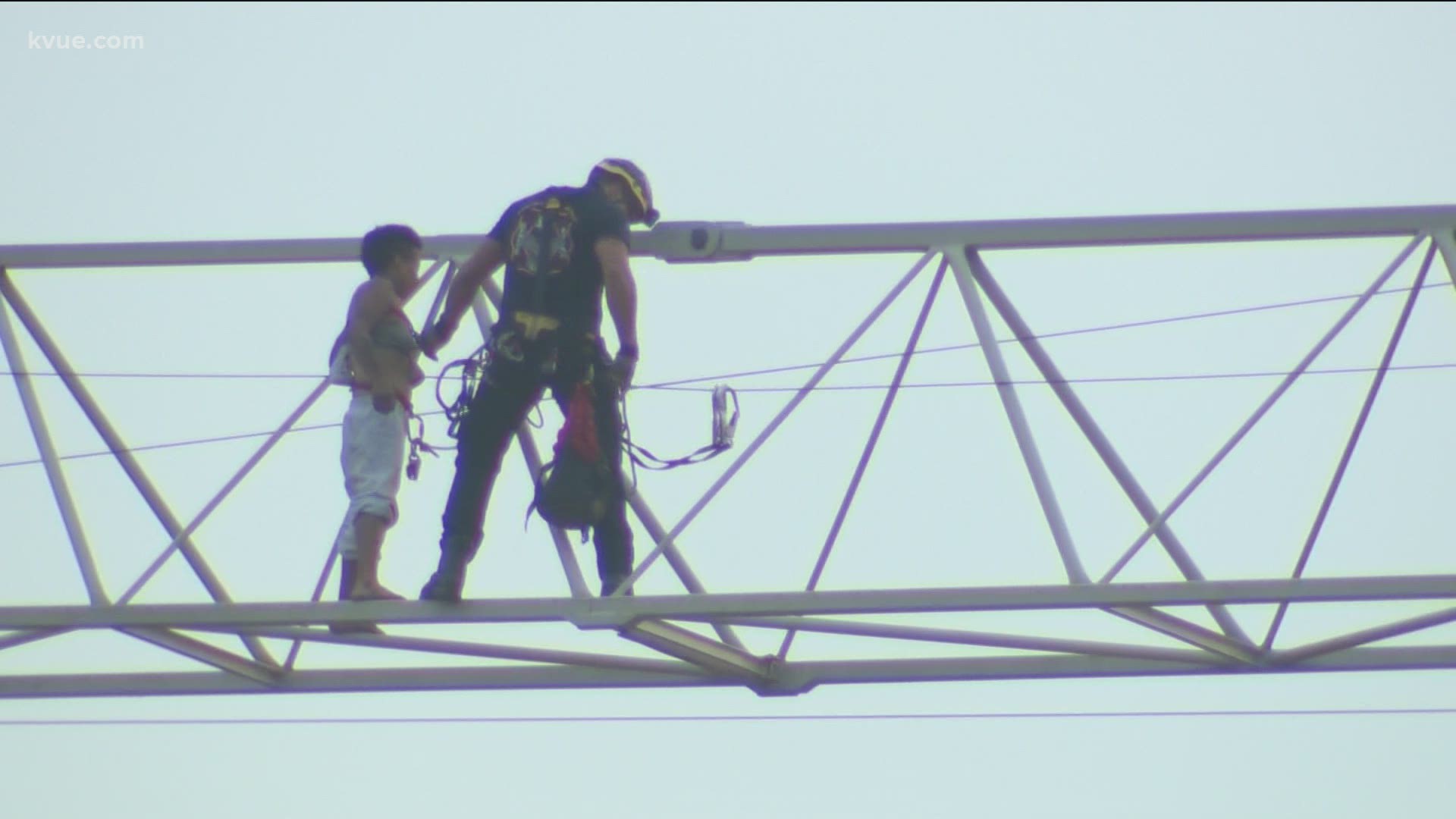 AUSTIN, Texas — Austin-Travis County EMS and the Austin Fire Department helped get a woman stuck on the top of a crane down Monday morning.

According to AFD, a citizen who should not have been on the crane walked out onto the edge of it. AFD doesn't know how long she was on it, but first responders received a call just after 7 a.m. The woman was put into a safety harness and rescued around 8:45 a.m.

East Third Street near the Interstate Highway 35 frontage road was shut down as first responders handled the situation.

KVUE's Bryce Newberry was at the scene.

Happening now: @ATCEMS & @austinfiredept working to help someone stuck on a crane down. E 3rd St near I-35 frontage road. Avoid the area as emergency responders have the area blocked off. @KVUE pic.twitter.com/Ezdhgh069E

Drivers were advised to avoid the area.

No other information was made available at this time. Check back for updates.

A new high-rise is in the works for Downtown Austin