BACK TO BUSINESS: Internet connectivity a challenge in rural East Texas

In most of rural East Texas, high-speed internet connectivity is a challenge. A local company is working to solve the problem. 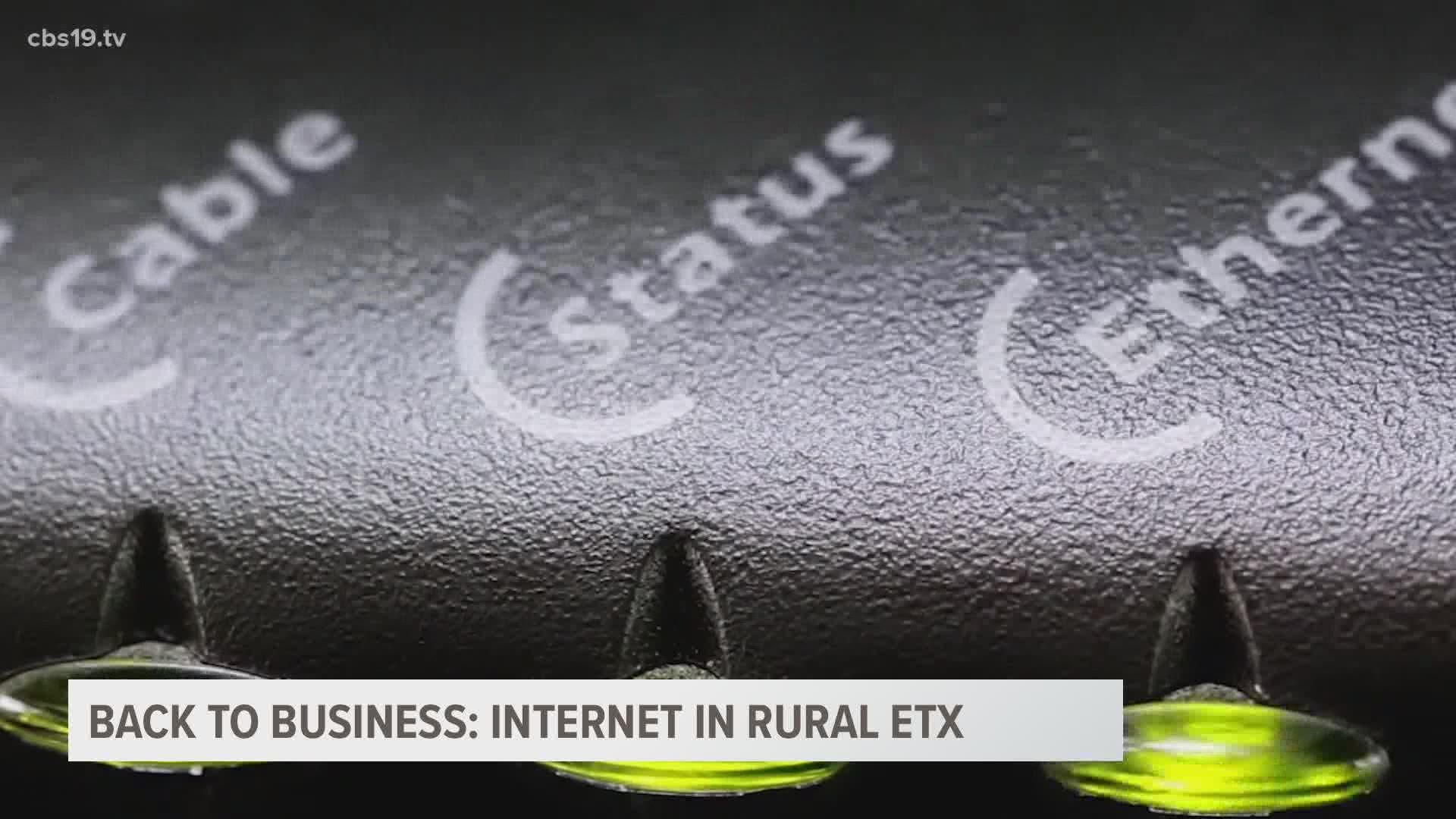 SMITH COUNTY, Texas — In most of rural East Texas, internet connectivity is a challenge and if there's anything we all need right now, it's reliable internet.

Outside of the region's largest cities, broadband internet lines are few and far between. Satellite internet has been an option for years, but its top speeds make it tough to use for streaming movies, Zoom calls and remote learning.

KP Evolutions is a Tyler-based company that's working on a solution to that problem. In places like Tyler and Longview, Suddenlink is one of the only options.

Until recently, rural areas didn't have reliable high-speed internet options. Just a few weeks ago, Verizon and T-Mobile started offering home internet to some households, giving more choice to those outside of city limits.

As for KP Evolutions, they partner with AT&T. Cristian Cooper, Sales Executive at the company, says that relationship with the carrier is what makes their company unique.

Think of it like a 4G LTE hotspot you would buy on your cell phone plan, but unlike your phone plan, there are no data caps or speed throttling — it is unlimited, so it's more like a traditional internet solution.

The team has seen an increase in interest during the pandemic, as people work to get back to business.

"We knew that people were losing their jobs and things like that. So we weren't trying to just pinch every single thing out of people's pockets," Hooper said.

Below are internet providers in East Texas. You will be able to enter your address and check for coverage.