Several school districts are taking steps laid out by Texas lawmakers to upgrade campus security for the 2019-2020 academic year. 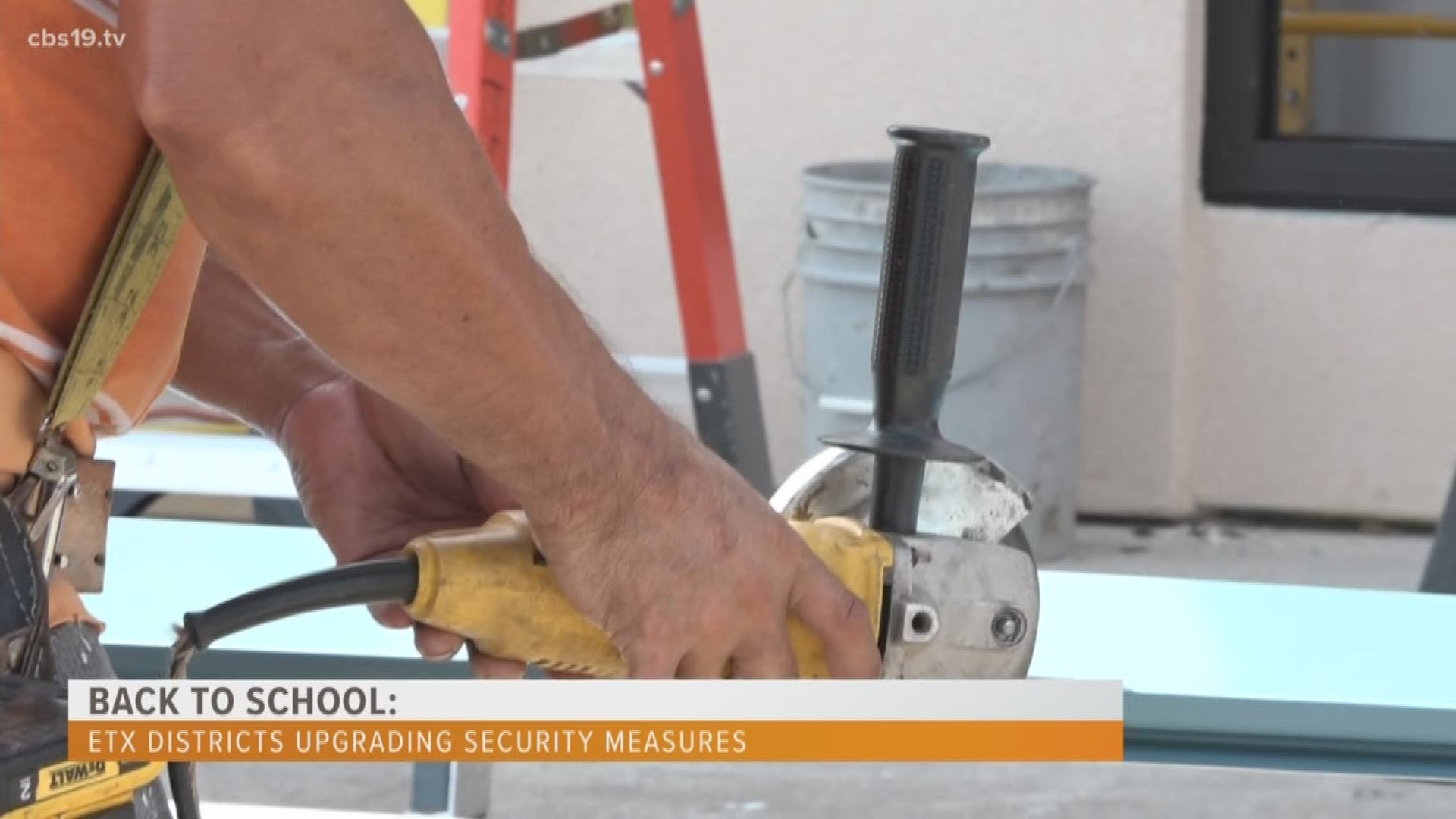 TYLER, Texas — As students head back to classes, safety is a top priority for East Texas educators. Several districts are taking steps laid out by state lawmakers to upgrade campus security.

Bullard ISD Director of School Safety John Jones is overseeing several district-wide security upgrades on each of the district's campuses.

"Everything from secure vestibules at all of our campus entrances to barricade devices in our classrooms, to changing the way we do business as far as protocols for our emergency drills," Jones said.

The former FBI agent was hired by the district on October 2018.

"What we're trying to do is give them peace of mind that when they're in the classroom, they can be assured that they're safe," Jones said. "The same goes for our teachers too."

It's a feeling echoed by Kelly Welch who is a 7th-grade teacher at the middle school and has been teaching at the district for six years.

"This is part of our emergency procedures. Each classroom in the building will have these posted by the door, handy for use," Welch explained. "These go through our protocol, that anytime we're alerted of something that may be going on, whether it's within the building or outside the building, we immediately know how to respond."

"Laws that will do more than Texas has ever done to make sure our schools are safer places," Abbott said during a news conference.

The legislation was a direct response to the May 2018 mass shooting at Santa Fe High School where a student opened fire on classmates, killing 10 people.

State lawmakers wanted to ensure better protection by creating new standards and funds to implement them.

Over at Spring Hill ISD, the district is making technology upgrades on each of its campuses this year.

"We're able to upload pictures into the software and what that does, we have the building and the system working for us, out looking for those people," Guidry said.

This year, the district will also be implementing secure access points on campus. Entry doors will now be activated by key cards.

Superintendent Guidry says the upgrades are part of the reason why he felt safe allowing Spring Hill's first day of school to go on as planned last week after a threatening post was made on social media.

"It's that time. We're in a technology society and so we have to be able to find ways to meet people where they are, but also look for ways to be safe even on social media," Longview ISD Community Relations Specialist Elizabeth Ross said.

"So, what this does is any keywords in a certain mile radius that are said in regards to one of our campuses or some of our employees, it scans those and alerts us if something is being said on social media," Ross explained.

At least six campuses within Longview ISD will also begin using clear backpacks this academic year. If all goes well, Ross says the district plans to introduce the policy across all campuses the following year.

"But most importantly, we want our families to know our kiddos are safe and that our staff members are safe, that if you're going to a campus, we have their safety as a top priority," she said.