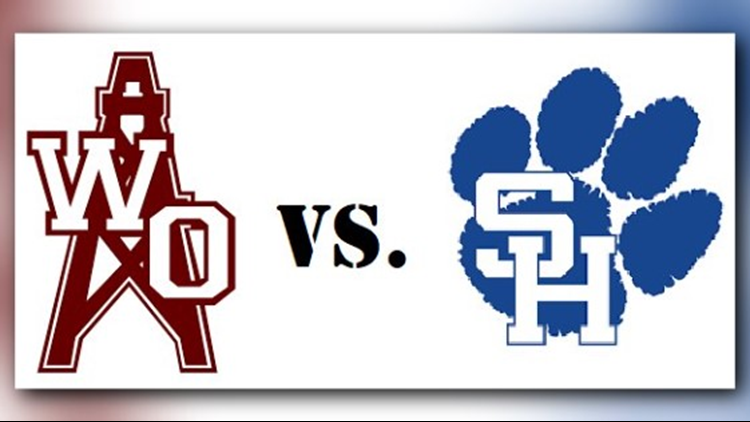 LONGVIEW, Texas — The Spring Hill Panthers will take on the White Oak Roughnecks for the 51st time in the "Battle of Hawkins Creek" on Friday at Roughneck Stadium.

But, there's more that connect the schools than just a six-mile stretch of George Richey Road and half-a-century of gridiron greatness.

The 2018 contest ended with a lopsided victory for the Panthers as they defeated the Roughnecks 42-14.

The bands will also go head-to-head this week! Fans of both teams are encouraged to eat at Chili's in Longview, located at 2800 Judson Road, Monday, September 9, through Friday, September 13. Show the flyer below, tell your server which band you support and 10% of your purchase will go toward that band. The band that brings in the most support will also receive an extra cash reward.

Did we mention it's also Friday, the 13th and a full moon is expected? So, anything could happen!