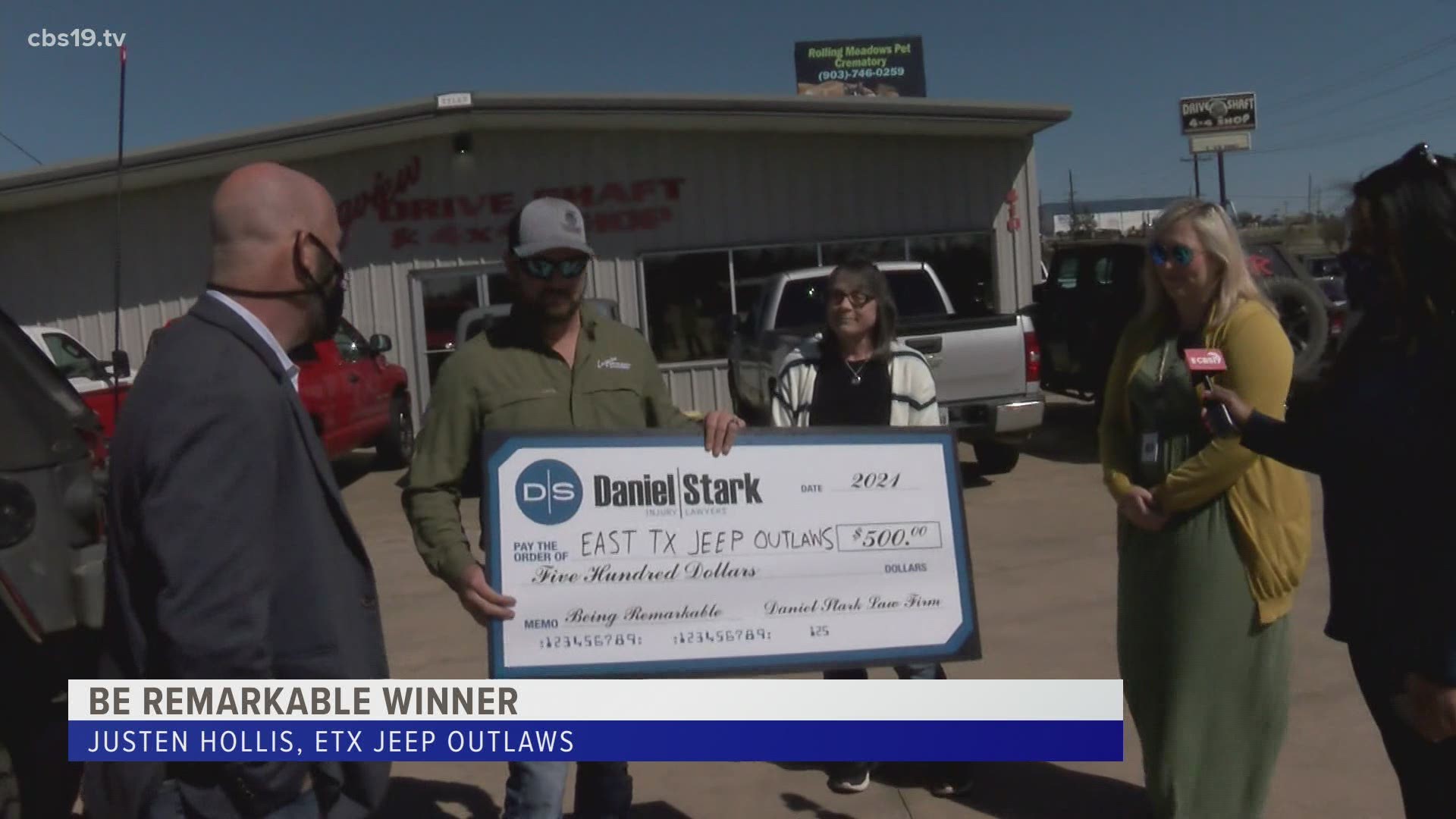 LONGVIEW, Texas — When snow and ice covered the roads in East Texas last month, not many people were able to drive in the conditions.

This caused a lot of problems, especially because many doctors and nurses were stuck at home and unable to care for their patients. That is until Justen Hollis and the East Texas Jeep Outlaws stepped in.

"The past few years, we've done we've helped with CHRISTUS Good Shepherd," Hollis said. "They've contacted us through bad weather and we've always been able to go out and pick up their doctors and nurses and make sure they got to and from work."

The non-profit was contacted by CHRISTUS Good Shepherd to see if they would be able to drive some of their caregivers to work and they came through in a major way.

"So anytime there's some bad weather coming and we know what's coming, they always contact me and I get everybody ready and set up, and soon as they send me the long list of who needs to be picked up," Hollis said.

The team of 81 drivers worked around the clock, in dangerous conditions, all to make sure that the men and women at the hospital had a way to and from work. In all, they made about a thousand trips to the hospital.

"We estimated with the hospital we averaged 150 a day now that wasn't 150 people. That was 150 transports," Hollis said. "So at the end of the week, we come up with the number of 900 to 1,000 transports. And then the hospital told me that the 1,000 number was even low because we didn't get lists for riders that were going home. When a Jeep would pull up and drop somebody off at work. Two or three people were coming out getting energy ready to go home. So our number of 1,000 transports went up but we're safe to say we did 900 to 1,000 transports all week. Out of 81 drivers."

Justen and his team were nominated by Carol Williamson. Even though she didn't get a ride from the organization, she saw how hard they were working to serve their community and just had to nominate them.

"I've seen a lot of the things that Justen and the club have done and so once bad weather hit, I kept seeing Justen post, you know, needing this driver, these drivers," Williamson said. "And just saying, you know, we need a lot of volunteers and people who just stepped up to the plate and took the people to and from work."

Because of his hard work, Jonathan Stark with the Daniel Stark Law Firm presented Justen with a $500 check.

For more on the East Texas Jeep Outlaws, you can check out their Facebook page.

Do you know someone REMARKABLE who's doing good in the community!? They could win 💲500! pic.twitter.com/M8stdSlPEf