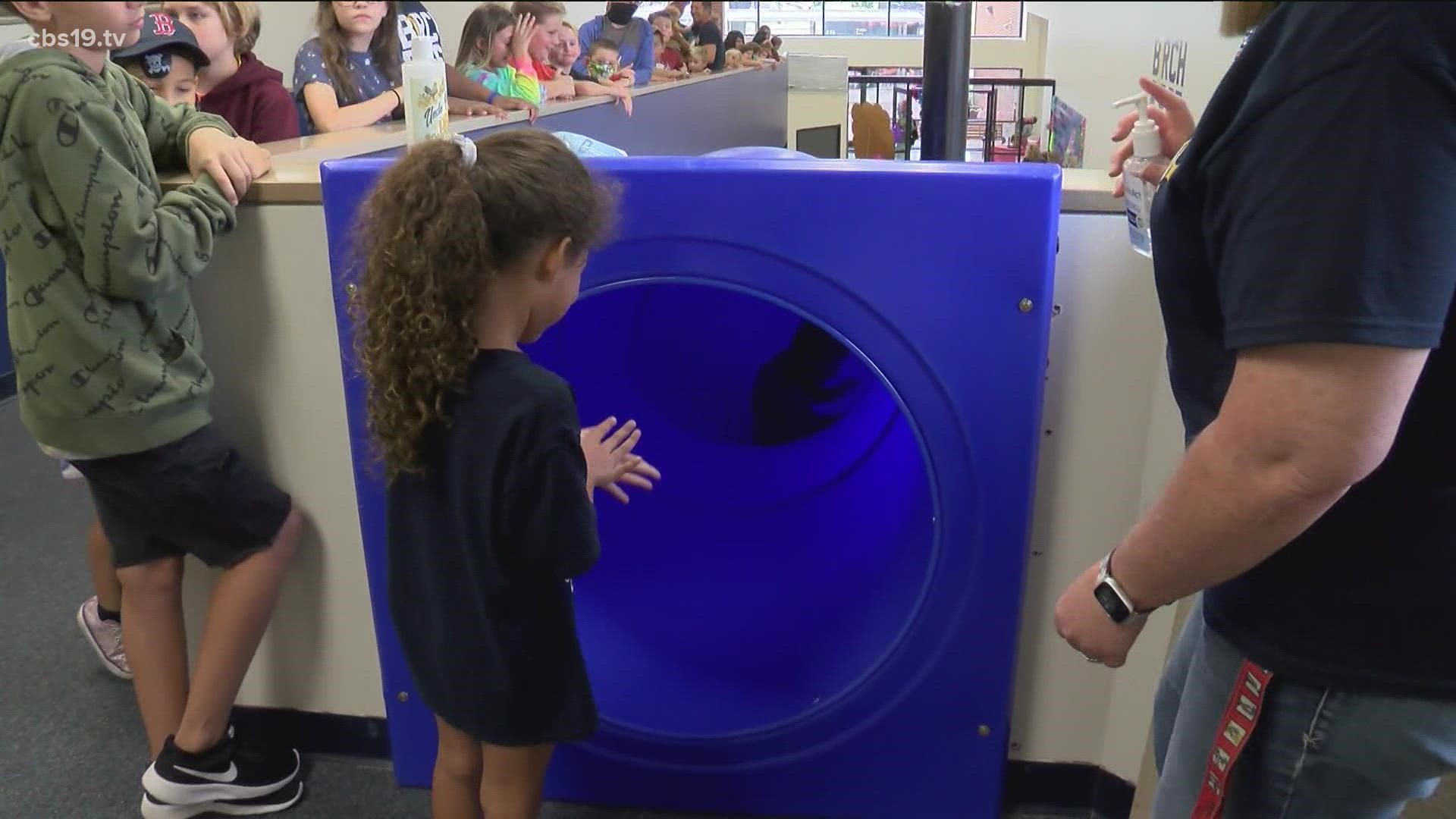 The slide nicknamed ‘Big Blue’ will be for students celebrating personal achievements such as perfect attendance, good grades, and growth milestones reached in reading and math.

Longview-Pine Tree Birch Principal Derrick Conley says the idea for the slide came from a teacher that he interviewed two years ago for a job position. That teacher had on her resume that she was “Ron Clark Slide Certified” and that made Conley question what that meant.

Conley learned that Ron Clark was once a former teacher in New York City and created the idea of students celebrating achievements by sliding down the celebratory equipment. That story of Ron Clark was later made into a 2006 movie called “The Ron Clark Story” with stars such as Matthew Perry and Ernie Hudson.

Principal Conley signed on to the Longview school district four years ago, making his focus on building a stronger and safer community for the Longview students. He says the slide is one of a kind in East Texas and it is part of what makes “Birch First.”

“This is something special, something that kids earn to go down the slide," Conley said. "We believe in two things here at Birch elementary which we call ‘Birch First’ and that would be hard work and respect."

Conley went on to say the slide will also be used to welcome new students to the school district and to say goodbye upon graduation.

You can read more from our partner, The Longview News-Journal.