Confederate Heroes Day has been on the books since 1973. Several Democratic legislators said Tuesday they hope 2021 will be the year it ends. 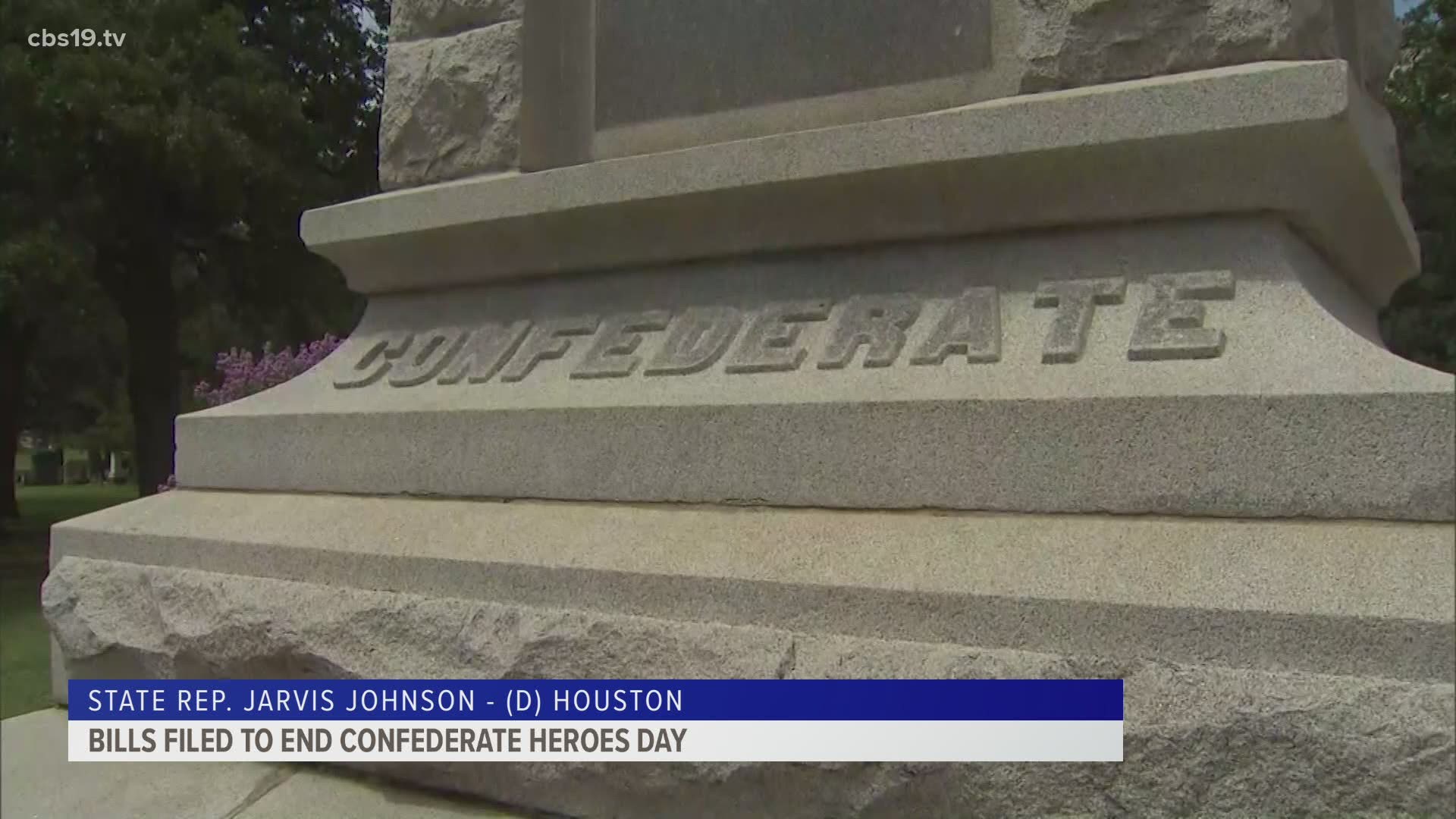 January 19 is designated as Confederate Heroes Day by the State of Texas and state workers are allowed to take a paid day off from work. As a new legislative session begins, several Democratic lawmakers called for the elimination of the holiday.

“I am a proud American and certainly a proud Texan,” State Rep. Jarvis Johnson (D-Houston) said. “But that does not mean I have to be proud of its horrible past.”

Johnson is one of three legislators who have filed bills to repeal the state’s observance of Confederate Heroes Day, along with State Rep. Shawn Thierry (D-Houston) and State Sen. Nathan Johnson (D-Dallas).

“What message are we trying to send with Confederate Heroes Day?” Sen. Johnson asked. “That it was a noble cause? That people died for their country? No, (Texans) were fighting against the country.”

Confederate Heroes Day became a state holiday in 1973, and it specifically honors two people: Jefferson Davis and Robert E. Lee. The push to abolish it began six years ago when a then-13-year-old told his representative he thought it was wrong.

“The Texas government does not honor any other war-specific group of veterans with a holiday,” Jacob Hale, now a sophomore at Vanderbilt University, said. “Somehow, those who fought the Nazis and the Taliban are unworthy of this distinction, but a couple of non-Texans who fought against America to maintain a racial caste system are.”

Hale convinced State Rep. Donna Howard (D-Austin) to sponsor a bill in 2015. It did not pass, and neither did similar attempts in 2017 and 2019. Rep. Johnson said this is the only bill for which he has ever received death threats, but he said he would continue to fight against a holiday that he and others said perpetuates racism in Texas.

Rep. Johnson said several Republican colleagues have called him to offer their support. He and other Democrats believe the racial equality protests stemming from George Floyd’s death and the riot at the U.S. Capitol will provide enough momentum for the bill to become law, but he added that he hopes more legislators will back their words with their votes.